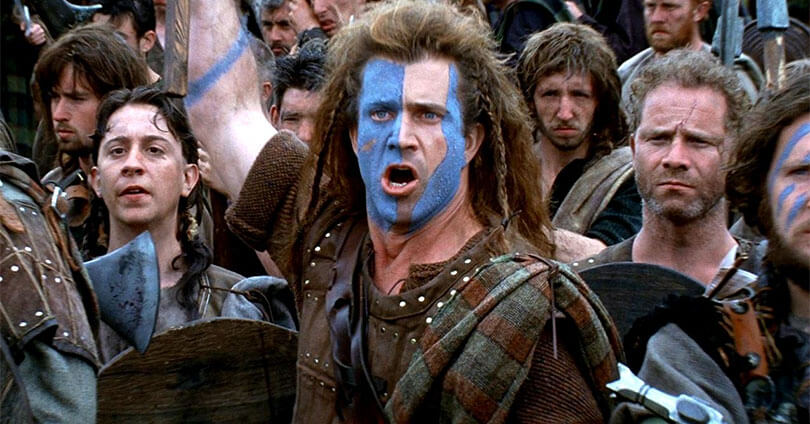 Welcome to the one day of the week when you can park all established ‘facts‘ to one side and just trust that everything I say will be proven right by ‘future technology‘.

Today we focus on the big match against the wee canny Scots. I offer my official, RA endorsed Hoss XXIII for your delectation and investigate possible coaching candidates for the gig in the Australian Sex Capital, the Liberal Party Caucus ACT. I take a look at player welfare and the Duty of Care and its potential retrospective application and we round it all out with Friday’s Fast 5 Bonus, found by the COP26 to contribute 18% of Australia’s total methane levels due to the high levels of shite involved.

‘I don’t blame the English, they’re just wankers. But we’re ruled by wankers!’ Says the guy in the three worst Star Wars films – ever.

I’ve been fortunate to visit and stay extended lengths many a time over a misspent youth. The warmth of the Scottish hearths is only eclipsed by the warmth and generosity of spirit of the Scottish people themselves. From a wee dram in the distilleries around Perthshire, to the grit and history of Glasgow (where the people have possibly the best sense of humour on the planet) to taking a leak from Hadrian’s wall, watching fireworks over Edinburgh Castle the day the ‘Stone of “Scoon” was returned to its rightful home, the beauty of Fort William, the majesty of Ben Nivas to the serenity and grandeur of the Highlands, the solitude of the Monastery at Fort Augusta and the mystique of a ‘Nessy’ Spotting from Castle Urqhuart – yep, not a bad word to say about the place or the people. Love them and the place to bits.

If those uppity, thrifty spending, dim-witted English cousins think they are going to roll OUR boys this weekend well, as Muhammad “I’m Hard’ Ali said – ‘that boy even dreams of beating me he better wake up and apologise’. Or in a Scot’s own words ‘those doaty numpties are talkin’ mince’. It just WILL NOT happen.

Moses will no doubt pick a no-nonsense team to take the Caledonians on straight up the ey-diddle-diddle and when we’re done there, Jon Snow will cause havoc with the fairies out wide. At full time the Haggis eaters shall retreat to the darkness from whence they came to imbibe a few nips of ‘water of life’ and complain profusely about the many ways they were slighted by those in authority – which is a uniquely Scottish thing to do.

I appreciate Scotland are brave and competitive and all that crap, but them winning? No way, no how and certainly not this weekend. To even countenance such a thing would be the biggest surprise since ‘The King of Coal’ transitioned – over a few weeks – to ‘the Net Zero Hero’ and all without ANY policies too…

When the bagpipes have faded and the rolling mist returns to Murrayfield me thinks the Orange ones will prevail – by 12. You heard it here first.

At the time I locked and loaded my weekly dribble the official side hadn’t been released, so I thought bugger it, Ill have a stab. Hossary here for guidance.

6. The Mule (Rob Leota – just gets in and does the hard stuff)

23. Slim Dusty (Love to have a beer with Duncan)

Back to the Future – Why?

Former Minister for Cheika propaganda, Georgina ‘Goebbels’ Robinson reports in the SMH that the hunt for the most boring job in Southern Hemisphere Rugby is well and truly underway – head coach at the Brumbies or ‘The Puppy Killers’ (yes it’s effective, but it’s bloody horrible to witness) if you will.

Reporting that both Steve ‘Bernie’ Larkham and Cron, Simon Cron, are leading candidates at this point with a few ‘smokies’ like former Pony Assistant Coach Peter Hewat & Wallabies Defence coach (despite ALL evidence of any discernible ‘defensive structure’ to the contrary during his tenure) Nathan Grey are also with outside chances.

Larkham is somewhere up in Oirland, not setting the world alight either (déjà vu anyone?) and Cron is with Toyota Verblitz under the tutelage of a fair former coach in Shag ‘I love rugby 12s’ Hansen.

Surely any ambitious coach would give it a miss wouldn’t they? I mean:

b. How dull is it to coach the technique for 85 metre rolling mauls?

c. Did I mention it’s located in farging Canberra – and

6. Why would you consider Bernie Larkham again, he did nada last time round anyway?

Who knows, but I would reckon Cron and Peter Hewat would be my first and second choice for the gig.

What is it with the fascination to revisit past failures? I remember reading something in that Jewish backpacker’s travel diary you find in motel drawers something about ‘a dog returns to its own vomit, so a fool repeats his folly’.

How big a ‘fools’ Brumbies administration are will soon be unveiled I guess. Stay tuned for more.

I came across a sad, yet interesting read on rugbypass.com this week regarding Carl Hayman. Hayman quit the ABs at the height of his powers as the foremost THP in the world and played many a season in Newcastle England. It’s now been revealed aged just 41 – yes 41, he has been diagnosed with early-onset dementia as a result of the countless concussions he experienced over his career.

As a result of the diagnosis and the subsequent confronting issues and behaviour he endured (including ‘taking refuge in alcohol’, suicide attempts, constant headaches, a ‘physical incident’ with his then wife, constant headaches, depression and more) Hayman has joined in the litigation against World Rugby for failing in their duty of care to protect players from the consequences of concussion and sub-concussions.

It’s certainly a complex matter. What was the science of the time, what was a reasonable ‘duty of care’ by those making decisions coupled with the depth of knowledge and understanding around concussions at the time?

Regardless of the answers, the fact that Hayman and no doubt many others yet to come forward will come to pay to high a personal price for their involvement in the game.

I hope that the research and study going into ‘Chronic Traumatic Encephalopathy or CTE’ and its horrific consequences can stop future generations from enduring the potential future of Carl Hayman and his like, no player, or their loved-ones deserve to pay that high a premium for their involvement.

stuff.co.nz reports the ever improving Auckland Blues pulling off a coup with the appointment of former Oirish coach and all round decent bloke Joe Schmidt into a part-time role as ‘support coach’ to Leon MacDonald as the Blues look to lock in the gains made last season. ‘Well played’ that franchise I say, well played indeed.

Not happy with their part in laying the historical foundation stones for Australian residents to become a nation of drinking, gambling, authority snubbing rebels, the Oirish have now practised ‘reverse transportation’ by naming former Pony, Mack Hansen in their official squad for the AI’s (Spring in Oz). Planet Rugby reports Paddy Mack’s form for Connacht and the rather useful Oirish Citizenship available to him via his mum (from Cork) could see him with a real show to play in the famed Emerald Green Jersey this season. Best of Oirish to him as well.

‘Have you met Bill?’

Nice little trip down memory lane with Greg Campbell (media manager for the 91 RWC Wallabies) in the SMH on the 30th anniversary of the glorious 91 Wallabies RWC win. It seems like only yesterday, yet so long ago. But in Moses we trust.

Why don’t The Soap Dodgers play The Nearlies more often? A point pondered by Chris Foy of stuff.co.nz and he’s right. What is the downside to this being a annual fixture or regular tour ? It would surely be competitive, a money maker, a ratings palooza for the perennial Northern Powerhouse to test themselves against the might of The Dark Lords of Southern Rugby. If only someone had suggested 18 months back an annual test championship where the top 10 test nations squared off every year so events like this could populate the rugby calendar……………

Not only the opening words on my CV, but also a two word tweet that could land Joe Marler in trouble again with authorities. Rugbypass.com reports Big Joe made the tweet after watching the sending off of a team mate in the UK comp last week. Marler doubles down with his tweet (and image) replying to a follower later the same day. The more I’ve read of Marler and watched some of his post match interviews the more I just can’t help liking him. For a Pom, he’s alright.

We all know news out of WA at the best of times should be completely ignored, but when I heard the news that little Cleo Smith was found alive and well this week I am not ashamed to say I got rather emotional. To the police, the volunteers, for all those that contributed in any way to Cleo’s safe return I simply do not have the words to convey the debt of gratitude you are owed from us all.

That the family are reunited and whole again, despite the odds stacked against such an outcome surely must be the good news story of the year and worth celebrating as a nation.