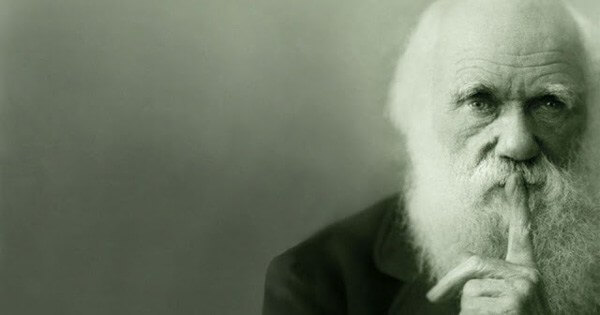 'The theory is near perfect, except for Kiwi's, that's almost de-evolution?'
Friday’s Rugby News.

Today you get to play selector for the northern tour and pick your touring 36 for the tests ahead against the Nippon XXIII October 23, McScotland Nov 8, ‘The Soap Dodgers’, The Pom’s on Nov 14 and round it out against ‘The Northern Kiwi’s’, the Welsh on Nov 21. We take a look back at the unexpected success of the orange ones TRC campaign. What stood out, where are the areas, positions or opportunities to improve on and what did the team score on my patented ‘Hossometer’ to improve on.

We then round it all out with Friday’s Fast 5 Bonus, which Nielsen Ratings show to be MORE popular than anything ever written by RA cadet Journo and rumoured Glady’s Berejiklian ‘love interest’, Nathan Williamson.

The Origin of Faeces.

But first, by popular demand incessant nagging by those on GAGR & even those on the weekly rugby oddcast, Nick, Nick, Nick and some other guy, I present to you:

Please commit them to memory, there will be a test later this year, with Sully promising season tickets to the magnificent GAGR Corporate Box at Suncorp, a lifetime supply of out of date Cadbury product & an advanced copy of Mr Nathan Williamson’s official autobiography: ‘It sucks being me!’

So there it is, I feel sullied and violated. Like David Copperfield giving up his secrets for the sake of the idiot masses.

There will no doubt be more nicknames over time as more players earn the right to have a nickname and get an orange jersey to boot, so it’s a win-win-win.

Your Wallaby 36 for the Northern Invasion

Today you get tp pick your Wallaby 36 for the Spring Tour. Most pundits are predicting the squad will be ‘trimmed’ to 36 with some players given a rest plus and an enhanced pre-season in preparation of 2022.

Whatever the reason, here’s your chance to be selector for a day. You get to pick 36 players from the list attached. I used the TRC squad and added John Holmes, Noddy2.0 & Arnold for your consideration. Polls close at 2pm today and I will post the results this arvo to compare v Moses & Co’s choices.

Please share with your friends (It’s alright Yowie, you just do your own) – the more votes, the better.

You can vote here, just type in your credit card details, Medicare number and off you go.

Four in a row with back to back wins over The Catholics can’t be sneezed at cannit?

Even during the Bledisloe beltings, there were signs, fleeting maybe, but signs none-the-less that those in Orange were improving, had real danger in attack, were fitter and our forwards can mix it with the best in the world. Sure, a never ending series of brain explosions (wasn’t it 18 intercept tries or something?) put paid to these glimpses of golden light, but they were there, something was building, or so it seemed?

Roll forward to the non-Nearly games of the TRC. Who didn’t feel crook in the guts when we got belted in Perth and then had the Pope’s lot, fresh from their series win against the FUKIR’s lying in wait for us and we all know the rest from there, four wins in a row, second in the TRC & now ranked #3 in the world.

So what were the key takeaways? For me:

So with all that said, my overall, collective rating for the Wallabies unit for the TRC campaign is a 7. Which is a marked improvement on all the games that went before them, but the toughest part lies ahead, not the teams they face, but their oldest and toughest nemesis – ‘consistency’.

Tame that opponent and the skies the limit for this side.

Former Wallaby Skipper and ok lock, also my BFF,he was on my honeymoon, well ‘wider’ honeymoon to be specific, but he was still there (Mrs Hoss reckons I looked at him with more love than I did her) John Eales likes what he sees with Moses & Co. This from chief propaganda provider at rugby.com.au

TRC ‘Team of the tournament’

More Wallabies than Kiwis…………….you can almost hear the bleating & for once it’s not distressed livestock from the Poxy Isles, but a collective ‘wet the fax bro’. Six Wallabies, five Nearlies & four Catholics make up the TRC XV according to rugbypass.com. I think that’s being overly generous to the mutton lovers and the Pope’s lot, just sayin!

The SMH reports that a handful of Reds will be left at home from the Spring Tour. These players reportedly include FKA, Dirty Harry, Son of Brian & Genesis. Cue banjoes being thrown on the floor in tanties & the Brisbane Bogan / QPRQ Premier to ask for federal money for the expense of having them in their own state………ahhh Labor’s Queensland, beautiful one day, bankrupt the next.

In other squad news, Two-Cows looks set to stay at home after a nasty concussion in an opposed trial against the Farce in Perth leading up to the on again off again test verse those from middle earth. Like most visitors to the West they usually leave regretting their visit in the first place. At least MT may not remember his.

The Tah’s squad seems just about finalised for ‘Reset22′ which is entirely different from Reset 2015-2021 because it has ’22’ in it. After being softer than a Shi Tzu’s tummy up front last year the Tahs have secured Ruhan ‘I’ve been everywhere man’ Smith on a one year deal for 2022. The Tah’s have also added a 21yo Lightning Ridge product Archer Holz to their stocks. The full squad and coach Gary Coleman’s thoughts can be found here courtesy of the SMH.

I am off on work commitments next week. See you back here Friday 22nd.