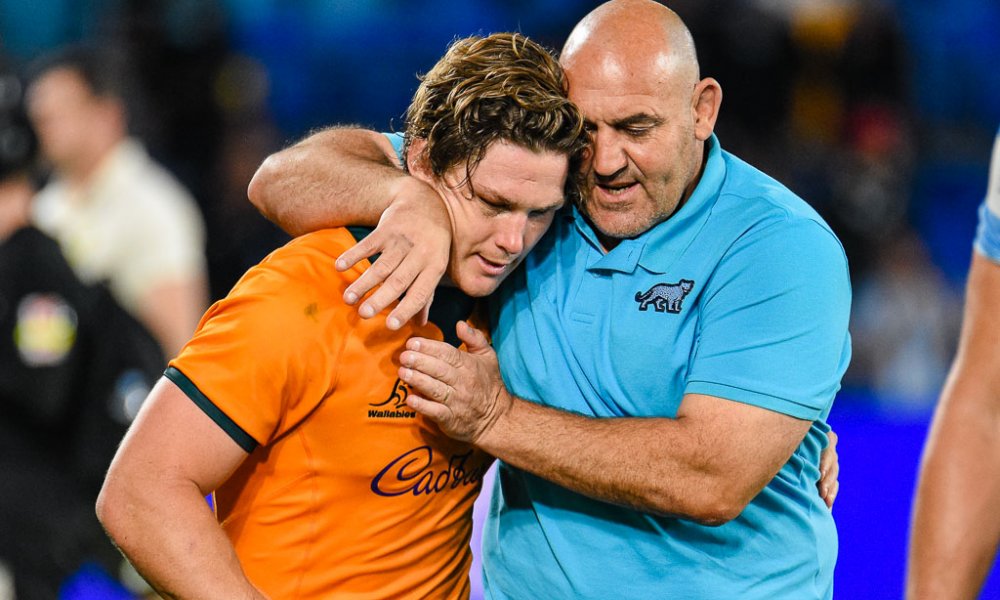 So, that’s the Rugby Championship done and dusted and we’ve a few weeks off before the spring tour gets underway, so let’s take a look at what we’ve learned.

If we take a longer look at how the wallabies have progressed since the start of last year, it’s fair to say they’ve made real progress. The team started the season ranked 7 in the world, coming off 2020 with a couple of beltings by NZ, a close win plus two dour draws with Argentina that left us bottom on points difference of TRC table. Two thirds of the way, more or less, through 2021 and we’ve a series win against an understrength (but still good) France side and 4 straight wins in TRC with the usual beltings by NZ sandwiched in. Second on the TRC table, up to 3rd in the world and the only team undefeated against the number 1 and world champion side. Most of us would say that’s good progress.

The team now possess a forward pack that will be treated with respect by all who play them as we’ve a scrum that is a proper weapon and a maul defense that doesn’t leave us resigned to the helpless feeling of conceding a try from every penalty we give in our own half. The team also now has an attacking structure that will give defense coaches a quite a few headaches. The Wallabies are not the finished product and there is ample opportunity to regress while on tour but at least there’s cause for hope.

The thing is, the perception of how good the Wallabies are (or are not) is skewed by the fact we play NZ more than any other side in the world. The problem with playing them is you can basically match them for 70 minutes and still cop a fair old hiding after they stick 21 points on you in 10 minutes. It says a lot of Rennie’s coaching and the belief the players have that they can keep coming back for more after this. I really can’t of any other side, besides (give me a moment wash the taste of professional victimhood out of my mouth) maybe the Springboks that would be able to cope with it. And even that’s conjecture cos they don’t have to.

What I am getting at is having to develop a style of play, get the selections right and so on when so many of your first games against NZ is a tough ask. Having seen how they’ve played other teams has now given us a better perception of this side and happily, it’s mostly a good one.

When Cheika announced he does not conduct much or any analysis of the opposition, yours truly let out a stream of invective that continued for the best part of a minute without duplicate words. I was simply aghast. It was pretty clear the opposition of those Wallaby sides was analyzing us. They certainly kept beating us, usually in the much the same way time after time – charge downs, interceptions and punishing turnovers from our bone-headed, high risk style and yet we weren’t even trying to figure out how they play. This is why I have argued, without actually intending to be funny, that this isn’t coaching. I don’t know what it is, but it isn’t coaching.

These days, especially against South Africa, it’s clear there is some significant effort going into understanding how the opposition play and then developing a game plan to exploit it. The much vaunted Springbok defensive pattern was picked apart with incisive play not seen by men in Gold for far too long. Scott Wisemantel’s attacking structures look really good and the way the team built a commanding lead against Los Pumas in the second test showed some really good touches. The great Wallaby side of McQueen would analyze everything they could find on an opposition, and they weren’t bad were they?

A machine, the Mafia and Mozart

Watching New Zealand deliver a thrashing to a side is like watching a machine. They don’t make mistakes and there is a certain relentless, impressive, awful inevitability about it. Unless it’s us then it’s just awful. The Springboks, when they get their act together, look more like a Mafia loan shark who has finally caught up with a degenerate gambler in hock to the local mob. It’s often a brutal, ugly, pounding but it is effective. When the Wallabies are on song and ripping sides apart? Well, that’s like Mozart. Sublime, genius, full of surprises and unexpected twists & turns that show why Rugby is the team sport all others try but fail to emulate.

We have yet to see this from Australia. The orchestra has gone through a few of the chords and there is certainly the beginnings of something but no side we have yet faced has been properly dismantled. To continue the Mozart analogy, the matches have all had aspects of his letters to Süssmayr, which for the historians amongst us, focused rather a lot more on shit than one might expect from a generational genius.

What I mean, by way of tortured analogy, is that we have yet to see a complete performance from the men in Gold and some of it has been crap. Honestly, we probably shouldn’t expect to have seen one yet but we should learn more on this Northern tour if the side can keep on scoring once a side is beaten or whether we keep having squeaky bum times as we let sides back in. Granted, there were reasons Los Pumas scored at towards the end of the game recently, but I’d like to see it improve.

News broke recently of plans to adopt a similar centrally managed model that the Irish and NZ have. Without getting too bogged down in the details, this strikes me as a good thing. If we want to get as good as the sides who keep beating us, we may as well learn from them. I’d welcome any thoughts in the comments.

I haven’t mentioned the Giteau Law in my articles. Certainly, bringing in some of the good players who went abroad has had results and there’s a much more positive vibe about the team and the game which must be swaying the powers that be. To me, decisions of this sort of magnitude can’t be taken in isolation as they will have effects beyond that which you intended. In my view there is scant evidence of strategic planning in Rugby Australia (or SANZAAR for that matter) recently and this is a decision that needs to be considered carefully with the various likely scenarios understood. One point I haven’t seen discussed much is what RA will do with the cash they’ll save if some of the best paid players head abroad. If it just disappears into corporate hospitality, as has happened in the past, then it’s a short term sugar rush that’ll leave us nursing the downside badly in a few years. If the cash is put into investing in something like a third tier, well, that might make it worthwhile.

I was going to have a quick comment about the other sides in the competition but decided to look back at what I wrote at the start of TRC, “Some Hopes for the Rugby Championship”. Briefly, I hoped, after an acrimonious Lions tour where the values of the game were trashed and the beauty of it walked over, that we Australasian sides, along with Los Pumas, could do our bit to save rugby. We (the Wallabies) unquestionably have. The style we’ve played has at times been really good and when we’ve been beaten we haven’t taken to YouTube to slander the the game. Check.

Are the Wallabies on the right track? After three tests against NZ we’d have all said “NO”. But, as I argue above, that’s something no other side gets as often as we do. Now, we can clearly say “YES”. Check two.

Lastly, I asked if the Springboks could live with NZ with their game plan. Clearly they can, although they didn’t play as cynically slowly as they did against the Lions, andfinally, no, Argentina did not kick on. They probably took a step back to be fair but a number of the Northern Unions would probably have faired a lot worse under the same circumstances so I hope they keep their head coach. I also hope they keep Cheiks too, but for different reasons.

See you all in a few weeks. Be kind to each other :)