Some Hopes for the Rugby Championship 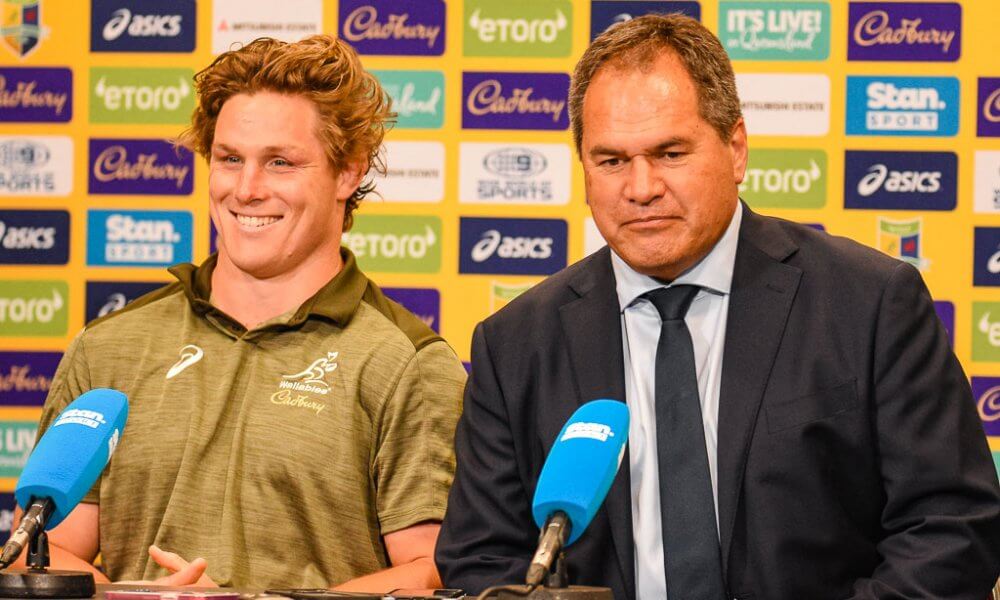 Some Hopes for the Rugby Championship

So the Rugby Championship will soon be upon us and we will get to see how Dave Rennie’s Wallabies stack up against the New Zealanders and the rest.  There’s also a few sub plots like how the Springboks will fare now the world champions can travel and whether Argentina can kick on from beating the All Blacks once as well as remaining undefeated against Australia.  So, what do we hope to learn from the competition?  Well, as a kind of high-level, completely undetailed preview (an excuse for “others know more than me”) I humbly submit the following, in no particular order, except the first, for your consideration.

The Rugby Championship needs to do its bit to save Rugby

They may sound like hyperbole but stick with me and cast your mind back 12 years to the last time the Lions toured South Africa.  Specifically to second minute of the second test of the tour.  The Boks had won the first test 26-21 and were looking to seal the series. For some reason one Schalk Burger decided to give an eye exam to Luke Fitzgerald.  Now, in my book, as well as Rugby’s book of laws, (more on that later), sticking your fingers in someone’s eyes is a straight up red card.  There wasn’t a great deal of mitigation anyone could’ve found to help Schalk out of the hole (eye sockets) he’d put himself in but somehow the kiwi touch judge and the French referee managed to confuse “fingers in the eye” with…..whatever, and it was a yellow instead of rouge and I, along with a lot of others, will never know why.  The Springboks won what I think is the most physical test I’ve ever seen 28-25 with the last kick of the game and no one will ever convince me they would have if Burger had been given the red card he deserved after 90 seconds.

After the game when questioned about it the…..eccentric (shall I say) Peter De Villiers defended the action of his player with “rugby is a contact sport, so is dancing” (you read that in the accent didn’t you?) instead of saying maybe, “Schalk has blotted his copybook with that, it doesn’t reflect the values of our team and game, we’re thankful the Irish guy can still see and we’ll leave the rest to the citing commissioner”. Or something at least half considered.

Definitely didn’t wear this to distract from an eye gouge

Most of us will also remember that for the next test Bakkies Botha was banned for a charge that Gatland himself said he had no issues with.  So rather than shut up about the fact they’d won a bloody tight test in large part thanks to the ref blundering/bottling a certain red card, they decided to pretend they were the actual victims and do the whole “Justice for Bakkies” thing.  A clear violation of rugby’s code about not slagging the officials off and just pathetic.

Ok, sorry for the history lesson but the whole thing was a really bad look then but not as bad as what we’ve seen this tour. As if putting two kick happy teams like them on a pitch wouldn’t be bad enough, the  the Lions coach and the South African Director of Rugby Who Is Definitely Not Their Coach have conducted a themselves in a way that may as well have been designed to give Rugby cancer.  I’m sick of Gatland’s passive aggressive media “mind games”, they’re often just a low ploy to influence the ref to give his team an advantage outside the spirit of the game.  Erasmus’ twitter activity (absolutely not his account) and his hour plus video rant were a really blatant attempt to influence the referee in my humble view and a real low point for the game. As  “Director of Rugby” he should know rugby is a game of laws. Laws are subject to interpretation and the referee uses their best judgement as to when to apply them based on an understanding of the game, otherwise there would be no game. It’s such a complex game that the ref could blow a penalty literally all the time.  Does it matter is player X from the Lions is marginally offside? It depends if on the other side of the breakdown the Springboks have a 5 on 2 and decide to run it to score a try. Ok, maybe a scenario where this Springboks side spot a 5 on 2 AND run it is far fetched but stick with me.  It does matter if the  “Director of Rugby” undermines the values of the game by questioning the ability and integrity of the referee for a whole premeditated hour of professional victimhood.  And while we’re at it their  “Director of Rugby” shouldn’t be on the pitch.  God knows if they intend to make it worse for the decider.  Maybe they’ll wear armbands now that Sinclair was cleared of biting.

Which brings me, torturously, to the Rugby Championship.  We have this chance to help restore the game and show the world we’re not just a sport of soccer players who lift weights, whose coaches act like pricks all the time but that we’re a sport of values, dignity and respect as well as being a brutal, beautiful, relentless exhibition of skill and commitment.  Lions tours to South Africa have always been tough but that was on the pitch. The trend of what’s been done off field is worrying and we’re seeing some values of the game blatantly disregarded and I worry it’ll be permanent.

To give the game a much needed reputation boost, I hope for another classic Bledisloe series for the ages with great rugby, close games and of course, finally, a Wallaby win.  As much as all that, I’d like to see the coaches conduct themselves in public with dignity and respect for the opposition and let’s be fair, neither us nor NZ have, in different ways, been perfect about that recently.  Maybe we could praise the referees a bit cos a lot of the time they do a tough gig pretty well. If they mess something up, as they will, maybe we could say something gracious and hopeful about it and then deal with it privately.  Perhaps the players would publicly declare milking a penalty was something they won’t do cos it’s just a bit of bullshit soccer has infected us with.  I’d like to see the endless arm flapping and shouting at the ref for a penalty end too.  The game as a whole needs to take the gutter press to task at times and us fans? well, we could remember we actually like the people in the other colored top and act like it, which to be fair we still do.

Sorry.  Needed to get that off my chest.

Are the Wallabies on the right track?

Have we finally turned a corner?  We’ve turned so many over the last few years that it’s become pretty clear that we’ve been going in circles and I, for one, was thinking “oh no, more of the same” for the first two tests against France.  Maybe we didn’t really deserve to win either of them but showed character and smarts in parts of them and in spades to win the decider which was really good to see.

In that third test we showed, in addition to the real sense of determination bought by the feeling that the red card was a dead set dud, some actual smarts.  Your humble scribe has in the past had his beloved 5 year old ask during a game “dad, you’re not gonna get really grumpy and start shouting ‘oh for fuck’s sake’ at the TV again, are you?”.  The boss was by equal parts amused and annoyed but yours truly was duly cited, found guilty and considered himself lucky to escape, due to an early guilty plea and clear remorse, with a suspended 3 match ban.

So what led me expand my boy’s vocabulary thus?  Years of the bone headed wallaby game plan of run it from everywhere all the time, offload the pill all the time, never kick for field position, concede a charge down try every game and usually be 35 points down to the Darkness at half time every test cos we don’t have a functioning line out and a defense system that includes everything but tackling, that’s what.

Of course I’d like to see us beat them across a 3 test series but I’m realistic.  I’d like to see us play smart rugby of the type John Eales’ team used to produce so that might mean we start with the radical step of continuing to picking players in their positions based on form rather than converting a once in a generation player to a new position.  We could continue to select props on their ability to scrum rather than their skills in broken play.  Having moved into PhD level rugbycology, maybe we can keep with a kicking plan that doesn’t have the All Black attack coach drooling with anticipation about how many tries they can score from it.

I live in hope.

Is the Springboks game enough to see off NZ?

The Springboks have taken some heat from the UK press over their game plan.  I don’t especially mind a kicking based game plan but they really, well, kick the arse out of it.  Speaking as a neutral, that second test was as dull as I’ve seen in a very long time and a good deal worse than 2007 – 2009 when the experimental law variations encouraged it.  It actually reminded me of a late 80s / early 90s 5 nations game on wet, sodden day between Ireland or Wales when they were at their worst or maybe France when they’d clocked off for the tournament cos they’d lost a couple.  The fly half barely knew the name of the inside center, the wingers were the last blokes picked and told their job was to chase kicks.  So what I want to learn is if they kick that much ball to Beauden and co, will they get ripped apart or will they be able to suffocate NZ out of the game and in the process make me want to suffocate myself rather than keep watching.

Can the Pumas kick on?

Last year they got a famous win against NZ.  Grown men cried on the side line at the end of an almighty performance that most probably figured would never come.  Will we see them move on, maybe even sneak another win against the Darkness while also getting a result against SA?  I’d like to think so, minus them doing doing it to us, which they’ve already shown themselves well capable of, so they don’t need to do it again.

Have I missed anything? Let me know, in keeping with the values of our game, in the comments below.