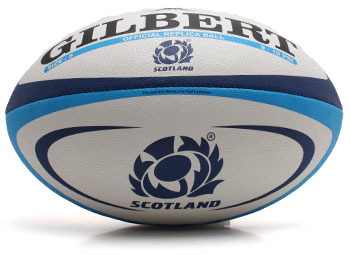 This week we are going to be positive as hope springs eternal for Australian rugby fans for the final three weeks of the season with eh upcoming games against Scotland, England and Wales.

What do you think is a good result for Australia in the final three games of the season. For mine I am still of the opinion that while results are important as long as we play our game for 80 minutes then the result is the result.

Also the RUOK piece’s response was fantastic and some contributions were brave and heartening at the same time. it is great that people feel they can put some of that kind of personal content out there and know that it is OK.

The Wallabies have confirmed Duncan Paia’aua and Colby Fainga’a will join the squad for the remainder of the Spring Tour.

IMHO one of the best flankers not to play test Rugby Colby Fainga’a has been added to the squad. Suffering the misfortune of not being from NSW during the Cheica era and being behind David Pocock Fainga’a never quite got the chance to show what he had.

The 30-year-old played 101 Super Rugby games for the Rebels and Brumbies before making the move to Irish club Connacht in 2018, linking up with former Brumbies coach Andy Friend.

This is the best use of the Kerevi Law get players who have matured their game into the system after playing a role at Super level.

It caps a remarkable comeback for Fainga’a, who admitted in the past he had believed the Wallabies dream was over.

“Obviously, it didn’t eventuate and I stuck in Australia for as long as I thought was necessary.

“Making the decision to come overseas was purely based on wanting to get some experience outside Australia. My family is still young, the kids don’t need to go to school yet, so this was the right time to do some travelling and get that experience.”

He will probably be in the category of break glass in case of emergency but go well young man.

I watched the Scotland v Tonga game with some level of interest. There were two guys who play club rugby in Brisbane who played for Tonga this weekend Maile Ngauamo (Hooker) and Jethro Felemi (Prop) so I was interested to see how they went against full time professionals

The score indicates that the game was not close given the Scots won 60 to 14 but here were my take.

Scotland will be no joke against Australia this weekend they played essentially a Scotland A team and looked very sharp.

Tonga were massively underdone and it is my understanding had basically three training sessions before the game. As a result the defence of the Tongans was not up to standard so the Scots got some easy run in tries.

Tonga struggled for continuity again not a surprise as it was basically the first time they had played together.

The fully professional team played probably a half step faster than the semi pro team and eventually the speed and continuity showed.

As for the Brisbane Club players they can hold their heads up, Maile got a knock and came off after 30 minutes and Jethro put the Scotland scrum under some pressure when he came on after half time.

From an Australian perspective we need to make sure our teams are made up mostly of Australian based Super Rugby players with a sprinting of what we need from overseas as we don’t want to end up in the same predicament as Tonga playing a scratch team.

Wales have been dealt a massive blow with news that captain Alun Wyn Jones requires an operation following the injury he sustained against New Zealand on Saturday.

And in a further blow to coach Wayne Pivac, Taulupe Faletau has also been released from camp due to his ongoing ankle injury.

Jones suffered the injury in the 19th minute of the match at the Principality Stadium as he tackled Kiwi Jordie Barrett.

It is the same shoulder he injured during the Lions v Japan game just over four months ago. On that occasion, he ended up missing the majority of the tour, but returned for the Test series against the Springboks four weeks later.

One can only hope that this is not the end for the 149 game test warrior but at this stage I would be saying to him mate you have done enough.

Fortunately I did not watch this game so my opinion cannot be put by our sheep loving brethren into the basket of I just hate the New Zealand Rugby Team and that any sanction was either too much or not enough.

This piece actually offers nuance which I did not think was a thing on the interwebs.

It points out that Rugby is a game of interpretation and grey areas and efforts to legislate the game will always fail as it is fast moving and complex.

The thing about efforts to reduce head contact and sanctions is about trying to change the behaviours of the players. Ultimately there are two ways to effect change in onfield behaviour. it is by penalising the team or by giving red and yellow cards for acting in a way that is against the way WR want the game played. The second way is much like a toddler denying the player an opportunity to play by sanctioning at the judiciary and by giving multiple weeks sitting on the sideline.

Scotland V Australia Tongan Thor is on A Revenge Mission

For those who don’t want to remember the 2017 shambolic tour when Scotland put 50 on Australia and Sekobe Kepu got sent off. It was Taniela Tupou’s debut so he is out for revenge. Scotland have front row issues so this could be the path to victory. but there are many sub plots to this weekend game and here is the Scottish perspective.

I listen to a few Scottish and English pods and they really fancy their chances against the Australians.