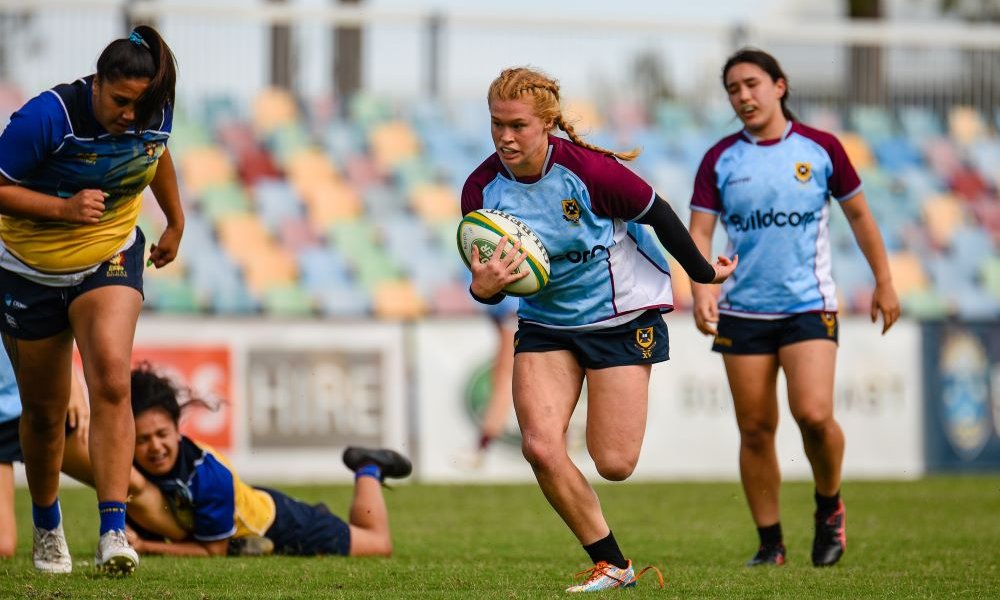 Not since Taniela Tupou burst onto the world stage on the back of a YouTube highlights clip has a social media emergence been so eagerly awaited.

This weekend will see the debut of the Red Hot Chilli Steppers (RHCS) at the Brisvegas 7s, taking that rare leap from a Instagram ‘meme’ to an on-field power. A quick scan through their Instagram feed gives an insight as to what to expect from this team. Sure there is talent aplenty, including founder and Queensland Reds player Nat Wright. But if there is a singular commonality amongst the squad, it’s the predominant prevalence of the pheomelanin pigment.

That is – they’re all Rangas.

Picking an all red head rugby team is not a unique concept, and has been a pub chat challenge since Simon Poidevin first rucked a ball. But it sat squarely in the hypotheticals department alongside such team selection challenges as picking a XV of one-test wonders, or players with only 4 letters in their surname.

That is until Wright got involved.

But how did the concept evolve to actually lacing on the boots?

“I was hanging out with my good mates Molly and Bonnie Penfold and we were joking about how fun it would be to play in an all Ranga XV. But we didn’t do much more with it until (QLD Academy 7s Coach) Cassidy Holland challenged me to actually step up and stop talking about it”, Wright explained.

As it was, recruitment came pretty easy. Combining Wright’s natural enthusiasm, some talent identification by Holland and a hefty social media boost by the Pig Athletic Club (google them) and the interest grew. While some may have thought it was all just a bit of a laugh, Nat was determined to actually fill jerseys and play some rugby.

The highly popular Brisvegas 7s, hosted by the Wests Bulldogs in Toowong, was the targeted debut, albeit a year earlier than expected.

“I was targeting this tournament next year, but we’ve managed to pull it off early with the help of some great sponsors (Four Daughters and The Outdoor Club), lots of eager players and with Mick Heenan as head coach”, Wright enthused.

The record breaking Heenan, Premier Rugby coach of the University of Queensland, brings not only rugby credibility but perhaps the finest full head of redness the game has ever seen. It’s a mantra that the team lives by – “No Fangas” (fake rangas).

It’s the type of authenticity that flows from Nat Wright and indicative of her drive to make this weekend a reality. Yet, it’s only the beginning. The Steppers’ story won’t finish this weekend as they will then target the Roma 7s, with much more to come.

Wright would like to think the team can make an impact beyond just wins on the field. With more sponsorship, an upcoming merch release and increasing profile, there is hope that they can help getting more kids playing the game too.

“We are very keen to give back and ideally would like to be able to support disadvantaged kids in accessing the game, through hopefully some financial support”.

It’s all very grand plan stuff and seemingly quite challenging to pull off – but no more so than organising a squad of of fellow rangas to commit to two days of intense 7s rugby in the Queensland sun.

The Brisvegas 7s will kick off on Saturday morning at Wests Bulldogs Club Sylvan Road, Toowong with the Men’s Steppers being first on the schedule at 8am while the women kick off their campaign at 9:25am on Sunday.

Some of the great rugby red heads of recent times: