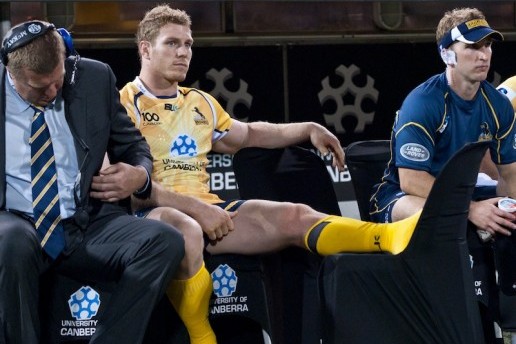 The Wallabies are not world beaters.

The last few weeks have seen the bars, water coolers, and television rooms of the Australian rugby public alight with speculation as to why this is. I suspect the worn to the bone finger of Australian blame would land square on the shoulders of a vague Injury list – more speculative than factual –  more often than not.

This definitely wouldn’t be a bad place to start, as some world class players are unavailable for selection.

In fact, this season has been particularly bad for the Wallabies, with 26 players currently signed to the Team Rehab XV for Test Season 2013.

In mining the depths of press releases, Twitter and Instagram posts, Green and Gold Rugby has assembled the latest, greatest, most comprehensive injury report Australian rugby has ever seen.

UPDATE: More injuries have been discovered in the hours following publishing – a Front Rower, a Loose Forward, and 2 more Outside Backs (with more details included on others).

Read on to see the full horror…..