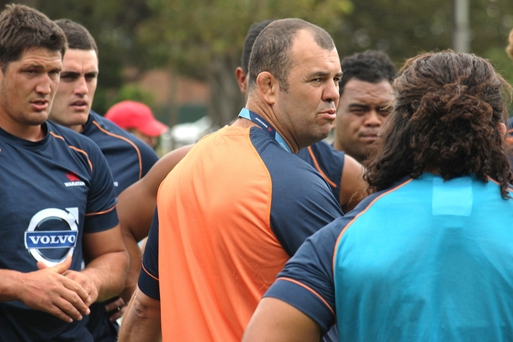 Thursday’s rugby news has the forwards preparing for the Irish, Cheika getting tough, Burgess starting his stint at Bath and some French lineup changes. 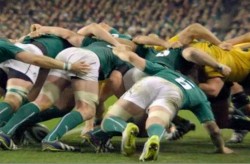 The Wallabies are looking forward to a set-piece oriented battle against Ireland, with the forward pack needing to improve on their performance against France. The Test team has also taken note of the Irish line-out tactics of disengaging immediately which nullified the Springbok rolling maul.

The Wallabies will be hoping to avoid suffering back-to-back losses on their Spring Tour of Europe which hasn’t occured since 2005. The team may benefit from Michael Cheika’s intricate knowledge of the Irish squad having coached many of the players at Leinster.

Cheika turns up the intensity 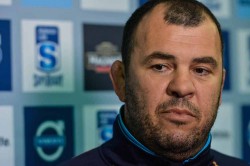 The Wallabies squad are experiencing the wrath of Michael Cheika after the new Test coach experienced his first loss in charge. Rob Simmons emphasised that Cheika had warned the team of his emotional style, saying, “He doesn’t do it to try and make anyone angry or sad or put anyone down, he just wants the best out of us and he hates losing.”

The Irish team has suffered an injury setback with New Zealand-born centre Jared Payne, who impressed on debut against the Springboks, ruled out with a foot sprain. 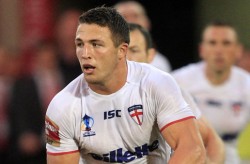 Former league star Sam Burgess has made a good impression in his early training sessions with his new rugby club Bath, with head coach Mike Ford reiterating his intention to put the 25-year-old in the back row rather than at centre.

While Burgess is still limited while recovering from his broken cheeckbone, Bath forward Matt Garvey has emphasised the former league prop’s leadership and running lines already. “It’s great to see Sam out on the training field because he’s such a talented player,” he said. 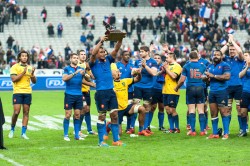 Philippe Saint-André has made four changes to the French side that defeated Australia in Paris last weekend, set to take on the strong forward pack of Argentina on Saturday.

Maxime Mermoz replaces Alexandre Dumoulin at centre in the only backline change, while three changes were made among the forwards to be seriously tested by Argentina. Lock Sebastien Vahaamahina will start at the expense of Yoann Maestri, while Benjamin Kayser and Xavier Chiocci, who will start for the first time, replace hooker Guilhem Guirado and prop Alexandre Menini respectively.