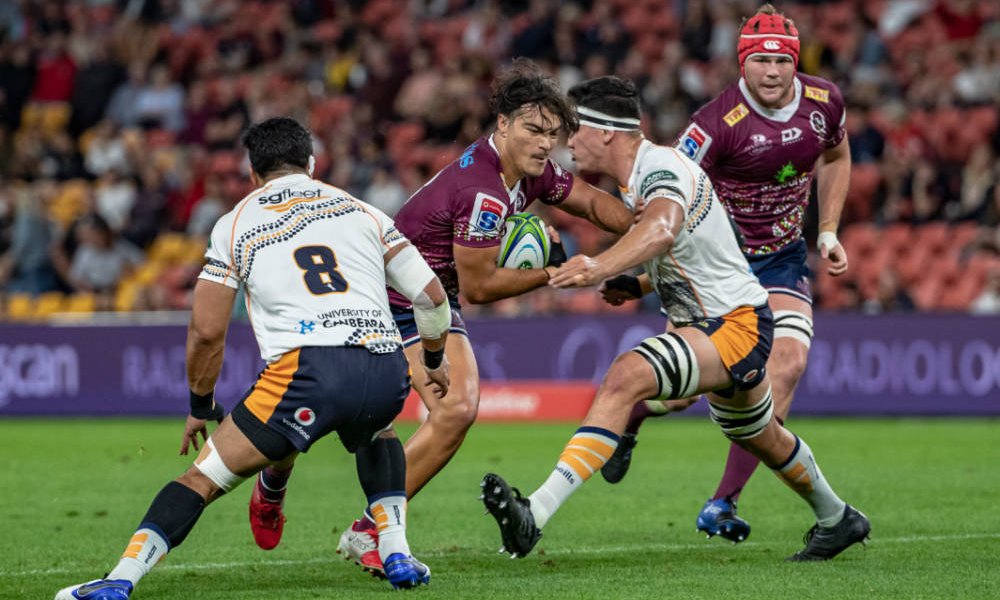 Thursday’s Rugby news looks at the Super Rugby AU decider between the Brumbies and the Reds, as Souths player Harry McLellan recovers from neck surgery, Rennie ponders his skipper selection, and Toomua is appointed President of RUPA. 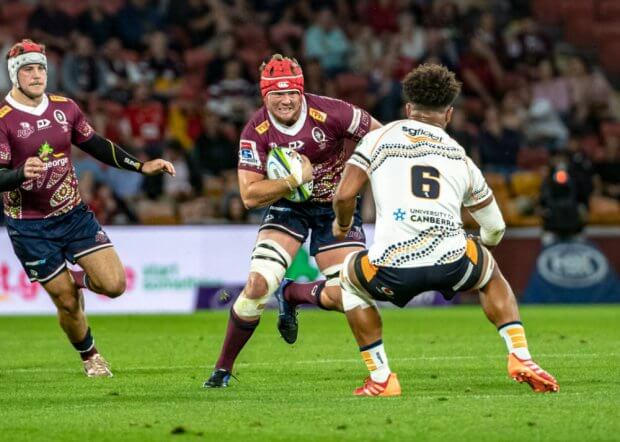 On Saturday night, rugby fans across Australia will be tuning into the first ever Super Rugby AU Grand Final. The match between the ACT Brumbies and the Queensland Reds at GIO Stadium is set to be a scintillating contest, one that will put Australian rugby under the spotlight.

The Reds blew the Brumbies away in Brisbane the last time they met, just a fortnight ago, but haven’t managed a win in Canberra for six years.

The Brumbies were able to keep that record in tact when they played the Reds on home turf in round 5, thanks to a monster penalty kick from Mack Hansen after the full-time siren which earned them a  22-20 win.

While the Brumbies have been the form team of the Australian franchises throughout the year, the loss to the Reds before heading into the bye would have put a serious dent in their momentum as they prepare for this weekend’s game.

The Brumbies will be looking to pull out all the stops, utilising every weapon at their disposal. The rolling maul remains the team’s biggest asset, but they have also managed to spread the ball effectively to get it to their potent backline, and have attacked from inside their own half on a number of occasions.

The Queensland team will be brimming with confidence after dispatching two of their closet rivals in as many weeks.

The game will present a number of intriguing match-ups, with a number of Wallabies squad members fighting for a place in the Starting XV. One of the more mouth-watering battles will be between halfbacks Nic White and Tate McDermott.

The Grand Final is as much a sellout as it can be, with all 6000 tickets available snapped up this week. Who is winning this one? 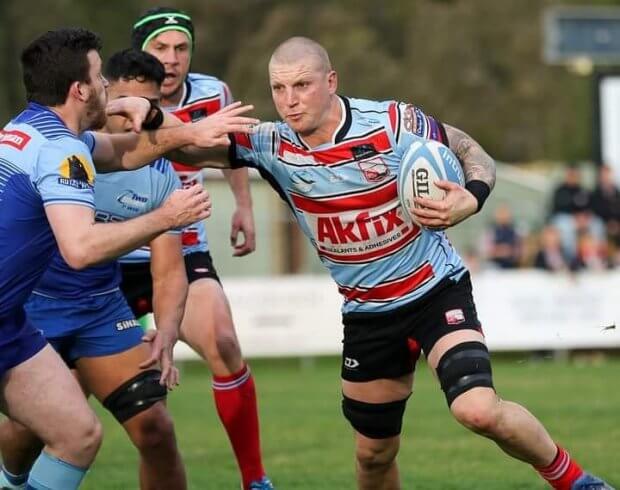 Harry McLellan playing for Southern Districts in the Shute Shield.

Harry McLennan sustained a severe neck injury on Saturday 29 August while playing for Southern Districts in the Shute Shield. The injury required surgery, and Mclennan has now been in hospital for weeks.

It has been confirmed that Harry’s playing days are over, but the 22-year old told the St George Shire Standard that the accident could have put him in a wheelchair.

“I got crunched in a tackle and my C1 and C2 vertebra came dangerously loose and I had to get surgery to fuse it together. There were a rough couple of days after the surgery but I’m starting to get up and walk around a bit now.

“Because they are fused together when it eventually heals I will be able to do normal things. But not contact sport, not rugby.

“They think I had injured it before. They said it was ridiculously loose. I am so lucky. I was maybe one hit away from something far more serious.

“In the scheme of things loosing rugby isn’t the biggest thing. But I loved it.” 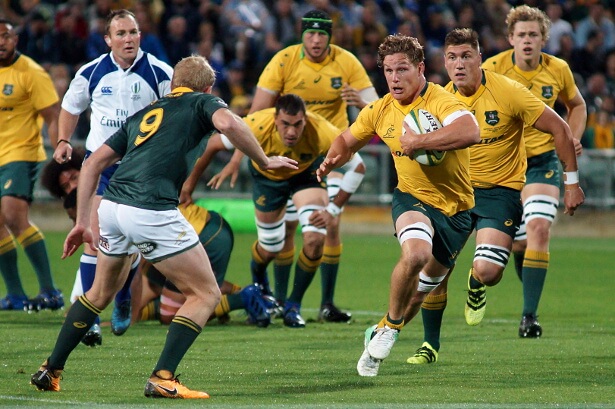 Speculation around the Wallabies captaincy has started following the announcement of Dave Rennie’s Wallabies squad. When the new Wallabies coach announced his squad of 44 on Sunday, many punters noticed that the skipper was not nominated, and it raised a few eyebrows considering this would be the usual time to reveal who gets the captain’s armband.

Some scribes suggested it meant a changing of the guard, while others considered it a forgone conclusion that Hooper would remain the incumbent. It could be a case of extra-ordinary circumstances, considering the squad contains 44 players (with another two seemingly set to be drafted in), a necessity given the difficulty of quarantining the team in preparation for the Bledisloe series and the Rugby Championship.

Rennie is playing his cards close to his chest, and may want to see Hooper in action before making a decision.

“We want to wait until the team assembles and we want to tell the team as opposed to doing it through the media,” Rennie explained. “We’ll gather most of the squad in on Sunday. We should get the rest in on Monday and we’ll be able to announce it there. So we’ll let everyone know next week.”

“If it was me, I’d be backing Michael Hooper the whole way,” said Mowen.

“He’s been outstanding for a long time in terms his performance. His leadership just grows year on year, and he’s managed things through pretty tough periods.”

Lead from the front 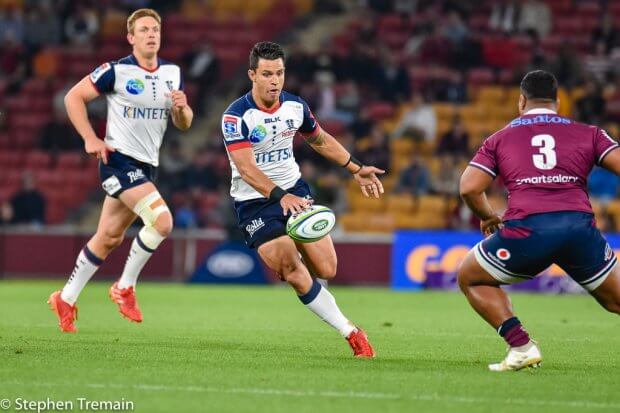 Matt Toomua kicks ahead against the Reds.

Toomua has been a vocal leader for player’s rights, and was instrumental in representing the current crop of Super Rugby players during negotiations during the COVID-19 pandemic.

The job is just beginning for Toomua now that is he has become president.

There is already pay talks underway between Rugby Australia and RUPA, with the current pay agreement only been signed until the end of this month. Players have been on a 30 percent pay cut until September 30.

Toomua and the team at RUPA will then negotiate a new collective bargaining agreement with Rugby Australia, with the current one expiring at the end of this year.

“As someone who has heavily benefited from the work done in the past by former players and RUPA delegates, I am very honoured to have this opportunity to assist our players and the game,” Toomua said.

“We are fortunate to have some great experience in current and past players, along with industry experts guiding our journey. We will need all this experience as we navigate our way through these challenging times.”

“Matt has vast experience as a professional player across a variety of environments,” commented RUPA chief executive Justin Harrison. “His pragmatism and considered views on the importance of player consultation and collaboration are founded on first-hand experiences that are invaluable when navigating a professional playing group through what will be a defining moment in the Australian rugby ecosystem.”