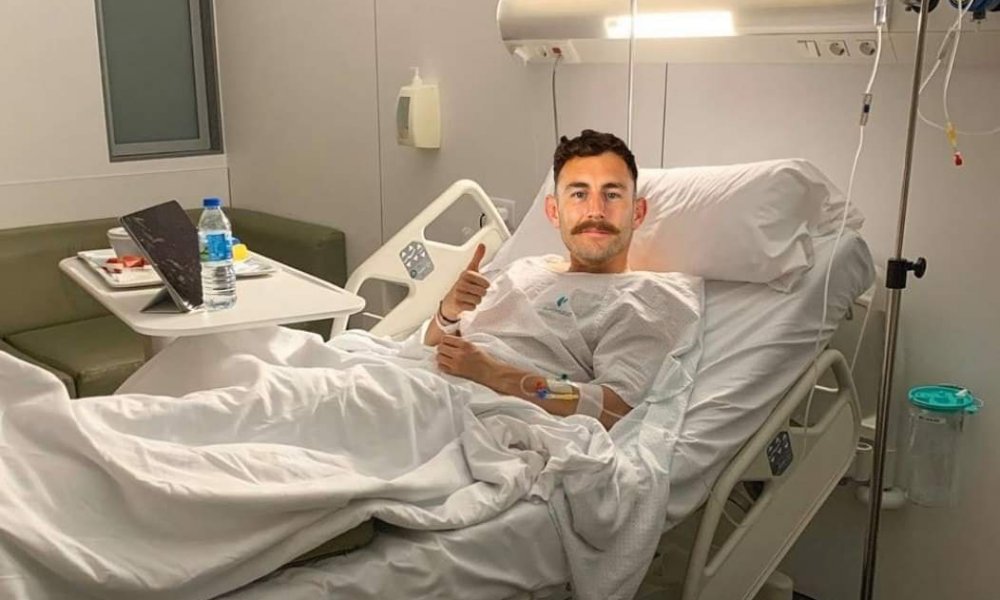 Welcome to Monday, G&GRs! Well, the start of the week always feels better with a Wobbly win, and it’s extra sweet when the Kiwis lose! It doesn’t happen all that often so you can guarantee the ‘crapparzzi’ have been giving it to KARL all weekend… #SorryNotSorry. We’ll review TRC games, the Wallaroos v Black Ferns game, an update on the Sevens and a few irksome points from the weekend. The hardest part of writing this article is trying to select the best memes to use.

On another note, as much as I love rugby and my association with rugby via refereeing I’m so damn glad it’s off-season here in Victoria (‘coz Chuck don’t do sevens)! My legs are cactus. Good luck to all teams (except Sydney Uni) in their respective finals matches across the country, and to the match officials involved. Finally, thank you to the volunteers of the clubs that makes these events happen.

The Wobs have continued their winning ways against the World Champion* Springboks (*except against Australia) with a relatively comfortable 25-17 victory, albeit with two late (and concerning, see below) tries helping the Bokke to a more respectable scoreline.

In a match dominated by physicality from both sides the turning points for me occurred in the dying minutes of the first half. Marika’s ridiculous effort to get from one wing to the other (watch the Spidercam view, the amount of ground he covers is insane!) to then put a legalish tackle onto Mapimpi and force the knock on. We then have Nic White’s disgraceful performance when he was tapped by the equally as annoying Faf de Klerk. I’m going into this below; however, this was a letter of the law and a completely accurate decision (foul play: yes; contact to the head: yes; with force: not really = yellow with the way the laws are written and implemented at present , albeit one of the softest pieces of cheese ever handed out).

Other standout performers were McReight, particularly in loose play (though he got rag dolled a few times too many for my liking), Marika across the board, and Noah Lolesio who I thought played bloody well considering what he’s copped from the coaching staff re selection. The backs were otherwise quite capable (I liked seeing the quick feet from Paisami and Ikitau) and, despite his stupidity in getting cheesed, Wright was solid. Shit, even Hodge was a horses for courses solid but not spectacular selection. White lost all credibility for me in an otherwise decent game. I still have concerns about how our scrum has gone backwards in the last season or so and I would suggest that Rory Arnold is not the player he once was. Watching Spidercam angles, he didn’t seem as tight as he could have been behind Slips, causing instability.

Now, if there’re a group of players who I think won’t want to be in the Monday morning review it would be the bench players. In short, they were farking pathetic. Little to no impact for the most part they really let the starting side down by allowing some pretty piss-weak tries to be scored. Ominously, this is exactly what happened in the first test against the Soap Dodgers. Once again Nela proved himself to be a total liability, though the entire bench ought to take a good hard look at themselves. In order to have any chance of taking the opportunity to defeat a deflated ABs squad and take the Bled back the performance has to be the full 80 from all 23 players.

Here’s to a sold out SFS next weekend!

With an extraordinary defensive performance, Los Pumas secured their first win on Kiwi soil with a 25-18 sort of upset against the All Blacks in Chch. In what was supposed to be a celebratory game after the ABs thrilling defeat of the Bokke at Ellis Park a fortnight ago the Kiwis had their pants truly pulled down by an abrasive yet disciplined Argentine side. Los Pumas definitely got Cheik at the right time (i.e. ~ one year to a RWC).

Playing with a typical Clown game plan of bash the shit out of the opposition (by Opta’s first count Argentina completed 195 tackles, including 26 tackles by Marcos Kremer, Julian Montoya 21, Matias Orlando 18 and Tomas Lavanini 17 tackles) they suffocated a predictable ABs side into repeated errors and an inability to be the creative NZ side we have seen over the past two decades. Adding to this was the absolute laser-sighted boot of Boffelli in punishing any infringement.

Julian Montoya and Pablo Matera, their world-class forwards, were joined in a brilliant effort up front by Marcos Kremer (the 25 year old winning his 50th cap), Gloucester’s Matias Alemanno and also London Irish’s Juan Martin Gonzalez, the latter having the summer of his young life after scoring his third try in three matches. The first-ever win over the All Blacks in 2020 was special, whereas this performance in New Zealand, as noted by Montoya afterwards, felt like a stepping stone to more success. “I know people woke up at 04.30 in Argentina, we played to make them proud,” Montoya said. “I’m very proud of our team, we worked really hard.” New Zealand at one point led 15-6 after a well-worked Caleb Clarke try. But Boffelli’s boot meant Argentina were never out of the contest and the physicality we saw from the All Blacks in Johannesburg was lacking. Make no mistake, this result heaps pressure back on Foster, New Zealand’s sixth loss in eight Tests. Joe Schmidt has joined the coaching staff and there is deep work to be done to the attack, to the lineout, to, well, almost everything. Next week’s game shapes once again as a make or break match for the ABs.

The Wallaroos might have lost but they gained some respect after a gallant performance against the Blacks Ferns at Adelaide Oval on Saturday afternoon. Jay Tregonning’s Wallaroos were hammered 52-5 last week across the ditch, but in front of their home fans Australia fought until the death and finished on a high note despite going down 22-14. Bienne Terita’s second try on the stroke of full-time gave the growing crowd something to cheer about as the winger scored through some hard, direct running. Arabella McKenzie’s second conversion saw the Wallaroos go down by just eight points.

It was the side’s second narrowest margin defeat between the two nations. “I want to give props to the Wallaroos for growing rugby over the ditch,” Tui said. “I know it’s not easy for women over here but far out look what they did in one week, goes to show, do a bit of study, and they really gave it to us. It’s amazing and I want to shout out to everyone who’s jumped onto women’s rugby this year” she said of the double header in front of an enthusiastic pre-Wallabies crowd. “Ten years ago this was nothing so it’s so inspiring the people out there are putting their hand up and say we want to support the other half of the demographic as well. Thank you to Australian rugby union and World Rugby for putting this on. The rivalry between Aussie and New Zealand is more than words, it goes really, really deep and I think it’s something we should be proud of.”

The Aussie Men’s Sevens side is in LA for the next leg of the World Series Sevens. In the early hours of the morning, the finals will be played with the Australians drawn against Kenya in the quarter finals. If successful, the team plays the winner of the USA and Fiji. Crikey. Good luck, fellas!

IRKSOME POINTS FROM THE WEEKEND

OK, Chuck off the long run here a bit, strap in!

Firstly, Nic White. What the flippityfark are you doing?! As Nigel Owens famously said, “This is not soccer”. Now, again, I totally agree with the sanction as Faf was a goose and put himself in the position to get done for said stupidity. Even if it’s gamesmanship, you have to do it the right way. As Slips said in the post-match inverview, halfback v halfback and you can put your mum’s house on both of them being annoying AF. That being said, I 100000000% agree with John Smit in that Nic White killed some of rugby’s soul. This is not, and never should be, a ‘done thing’ in our game. I recall the 2015 RWC when Stuart Hogg copped a bollocking from Nigel about his little dive. I’d have loved to see Nic given the same telling off. I fully expect to see a WR directive regarding ‘simulation’ coming out soon, as it was in 2015.

Some of you may have seen some of the articles published by South African ‘journalists’ (Shit, by the Saffa standard, Hoss will be in line for a Walkley this year) that called for the end to Kiwi referee Paul William’s career with the whistle, among other punishments. Well, World Rugby, you’ve gone and done it again. By continually allowing countries’ coaches and crapparazzi to unload in this vitriolic manner, you are once again allowing the health and safety of your employees to be disregarded, as well as the spirit and soul of rugby to be tarnished once again. Now, if this was an isolated incident, I’d be ‘slightly’ less disgusted. But this is not the first time for South Africa. This is now the third time in a decade that they have carried on like the delusional, self-absorbed pork chops they can be and completely trashing the fundamental principle on which our game was built in respecting the officials. The media and masses effectively ended Bryce Lawrence’s career, put a massive dent into Nic Berry’s mental health and now have their sights on Paul Williams. The trolls of social media have well and truly been hitting the keyboards in their mothers’ basements with the absolutely pathetic commentary surrounding the game which is a complete antithesis for what the game stands for. While I’m all for passion there’s a line in the sand which certain Bokke fans have stepped so far over they don’t even recall the line ever existing. You team was beaten. Take a good, long look at yourselves first and foremost. I guarantee you’ll find the bigger problems in your own backyard. Finally, World Rugby, you made the mess by letting Rassie off the hook. Go and fix it.