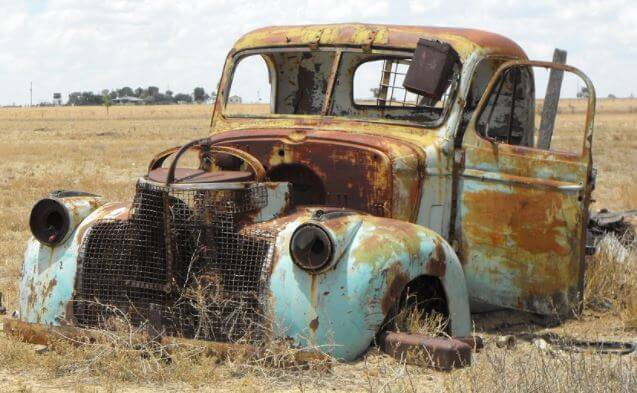 No rugby being played? No worries, there’s still plenty of rugby news floating around the ether to dissect. Today, let’s look at updating TRC with ‘It’s Time’. Cross over the Dutch with ‘The Ski uz Fulling’. Head up north and look at the pending legal action with ‘The Brain Pain’. Take a trip down memory lane with ‘Do you remember the time?‘. And wrap up the week with ‘Friday’s Goss with Hoss’, now ranked #1 on the Goulburn Supermax ‘must read’ for the criminally insane.

Good read from SMH’s Paul Cully about the state of ‘The Rugby Championship’ (TRC) and I gotta say, I don’t disagree much.

As a Wallabies fan I acknowledge it’s hard to objectively view the TRC as a ‘whole’ given the Wallabies are consistently shite at it, especially so in non-RWC years. We do half alright in RWC years as traditionally The Catholics & The Nearlies have ‘rested’ much of their squads in preparation of said upcoming ‘Battle for Bill’ tournament. So with that in mind, I’ve tried to take a subjectively objective ‘business’ lens to the ideas Master Cully proposes.

For mine The TRC has run its course. The format, the venues, the teams, the laws & yes, even the results have had their day. It’s dull. It’s like a re-run of Seinfeld, you know what’s going to happen before you sit down and watch it. The ‘rivalries’ are stale, indeed everything about TRC is now completely underwhelming. At this juncture it is worth remembering that rugby is in ‘the entertainment business’ or at least, should be.

Of course this conversation must also be held simultaneously regarding law changes, experimental laws, number of reserves or anything that will help improve periods where the ball in play longer and speeds up play. Indeed one would suggest that everything about the game as it pertains to the Southern Hemisphere should be ‘on the table’ for discussion.

In a perfect coincidence of good luck, good management & good timing it could reasonably be argued that RA are in a fantastic position to lead said discussions about what an evolution of TRC might look like. Certainly any changes must incorporate Fiji & Japan, that surely is a no brainer on every level (engagement, exposure, playing standards, player retention, marketing, tv rights packages and sponsorship) and that must also be ‘just a start’. It’s time to sit down, with a huge piece of blank paper and start at the end. Where is it you want to end and work backwards from there.

Over to you Hammer & co.

With sweet fa rugby or anything decent to stream at present, I have found myself, popcorn, Doritos and bourbon in hand, an avid viewer of events unfolding across the Dutch in UnZud.

Fresh from (gasp) their first series loss at home since 1994 against Les Frogs, the Nearlies, NZR and the 245 inhabitants of the tiny Hobbit nation have really got their collective knickers in a twist. The latest whose panties have bunched, none other than former copper and half-decent coach Steve ‘Shag’ Hansen.

From ‘worst captain ever’ to ‘sack the coach’ it has been on for young and old since Oirland out Nearlied the Nearlies two weeks back for what was a fairly comprehensive and thoroughly deserving series victory.

Now, even as a citizen of Oz, when Shag speaks about anything rugby my ears prick up as it’s usually spliced with a wee bit of humour, rugby insight and a great deal of common sense (and in Cheik’s reign a none too subtle a dig for good measure). So when he unloads on NZR in a piece on stuff.co.nz one would imagine it would carry a fair bit of weight and cause reverberation around the hallways of NZR.

Pass me some salt & butter, this is fabulous viewing for an Aussie for a change. Imagine if The Pope’s Lot gets up two-zip in the upcoming RC clashes in South Africa! If that eventuates, then last one off the poxy isles turn out the lights I’d reckon.

In what may well be the first of many cases, including those no doubt to be held on our shores, British law firm, Rylands Legal, will issue proceedings on behalf of several professional and semi-professional players against World Rugby, the Rugby Football Union (RFU) and the Welsh Rugby Union (WRU) to commence proceedings in court. More from planetrugby.com here.

Without being glib, I can only take these pending proceedings as a good thing for the code, the administrators, coaches and the generations of players playing now & to come and for nervous parents and loved ones unsure about the safety of rugby union.

No doubt the evidence will be confronting for all involved. The diagnosis for those players already impacted is something I struggle to comprehend, perhaps I simply don’t want to. These fit, healthy young men are confronted with largely untreatable conditions and a future for themselves and their loved ones not of their choosing.

My own opinion is that from these and future hearings I would expect to see ‘player load management’ introduced. Caps on players & teams surrounding how many matches/minutes played, recovery times, season lengths, squad sizes, number of reserves. Again ‘everything’ should be on the table – including ‘centralisation’.

It is my earnest & fervent hope, that rugby’s governing bodies attend these and future proceedings with a prevailing attitude of negotiating ‘in good faith’ and with a view to being conscionable. That is, their actions are governed by a sense of what is right and fair to the players impacted, those players still to come and the code moving forward.

Lives have been ruined, loved ones impacted and the sad reality is that there is simply no changing what has come to pass. What matters most now is how the game of rugby treats these proud warriors and their families in the hour of their greatest need.

Our game is under the microscope, let’s hope rugby’s maxims of decency, of doing what’s right and of looking out for each other hold true.

Do you remember the time?

Do you remember a time when ref’s calls, good, bad, or otherwise were really just part and parcel of the great theatre of the game? Invariably what the rugby gods, or bastard refs (you know who you are KARL & Chucky), took away from your side, fate, coincidence, or good ol’ fashioned ref ‘square up’ would ultimately deliver back to you and yours, thus evening out?

I read KARL’s wonderful piece on Wednesday & my sincere thanks to staff at Guide Dogs Australia for helping him type it, but it got me thinking about match officials (MOs) & TMOs in particular.

I must admit watching the Pacific Nations Cup sans bloody TMOs, was entirely refreshing, actually no, it was liberating.

No ‘check-check’ constantly heard from the rugby equivalent of some half-pissed AC/DC Roadie, just the ebb and flow of a single ref and two ARs (still prefer ‘touchies’, but apparently The Catholic Church has a copyright on a ‘game’ of the same name). And you know what, I couldn’t tell you how many calls they got wrong – if any. As the game flowed, the players played, the viewers viewed and high quality and enter-bloody-taining rugby ensued.

How refreshing is that! So it got me thinking Gaggers: ‘just what do TMOs actually bring to the game’?

You think about it, if we have citing commissioners, foul play review committees and the like, do we really, truly, need TMOs? Can any on here give me an example of where the TMO has intervened for bleeding obvious foul play or egregious incident that has truly improved the game, spectacle or correct result?

I’d actually wager that TMOs ‘miss’ more stuff then they see and to be frank, their ‘interjections’ are usually at the extremely ‘mild’ end of offending anyhow, so much so that the ‘incident’ has or would have so little consequence? And don’t bloody get me started on replays from ‘home networks’. It’s either endless replays of the visiting team ‘offending’ and crowds inciting the ref to act or ‘nothing to see here’, where someone like Elbows Moody to launch a flying elbow to Gilbert Beale and it don’t even rate a mention! Sure, most home nations networks do it to a degree, but NOBODY does it like the Kiwi networks: N.O.B.O.D.Y. In fact I swear Sam Cane had a switch blade on him last year during the Kiwi Bledisloes, conveniently edited out by the ‘home’ network. Figures.

But I digress. Rugby sides and refs should be fallible, it’s part of the game, it’s part of the theatre and part of the ebb and flow of being a fan. TMOs do not make the officiating ‘perfect’, I’d actually wager they make officiating worse as MOs can ‘afford’ to perhaps not focus as much as ‘the TMO will get it’, which of course leads to more ‘check-check’, more replays, more interjections and more constipation for a game that can ill afford it already.

But don’t just take my word for it, here is a players perspective from the PN Cup, via SMH’s Iain Payten

“As a group we firmly believe the integrity of international matches is very important and that wherever possible matches must be a contest of fifteen versus fifteen. “Within the context of the game’s laws, SANZAAR believes that a 20-minute Red Card allows for a significant deterrent to deliberate acts of foul play, while it also protects the contest of fifteen on fifteen, which is what our unions, broadcasters and fans are telling us is important.”

Crusaders coach and only coach in the world with a 118% win ratio, Razor Robinson talks to planetrugby.com about that meeting with Dr Evil recently in Sydney and on his ambition to coach two world cup winning nations. Razor, if you send through your CV, I have contacts at RA, albeit in car parking, but you never know.

Dr Evil coach of an NRL side? Well, yes, if he had his way. Eddie is a mad South Sydney Rabbitohs fan and tells the SMH to coach them one day would be his absolute dream job. I reckon he’d be brilliant for the code and publicity too – genuinely so.

Nice story during the week on rugby.com.au with news that a holidaying James ‘Rabbit’ O’Connor (how boring are their nicknames!) dropped in on the local Yamba side to have a run at training with the locals. Those in attendance will remember that for a lifetime!

Kick ’em when they’re down a wee bit

Well if we can’t bash ’em on the field, why not on here? This time from KARL’s favourite – Mark Reason of stuff.co.nz

Show me the money!

Good news, you have made my shortlist of companies I might be prepared to ordain my skillset to. I see you have about 12 roles you need to fill & I would be prepared to do them all for a combined 60% of the combined Salaries, so it’s a win-win. I bestow my services to you and I get a shite-tonne of money & you get to save money and have me onsite one day (10am-2pm) a quarter in return. If you send me through contracts, I will let you know how you went.