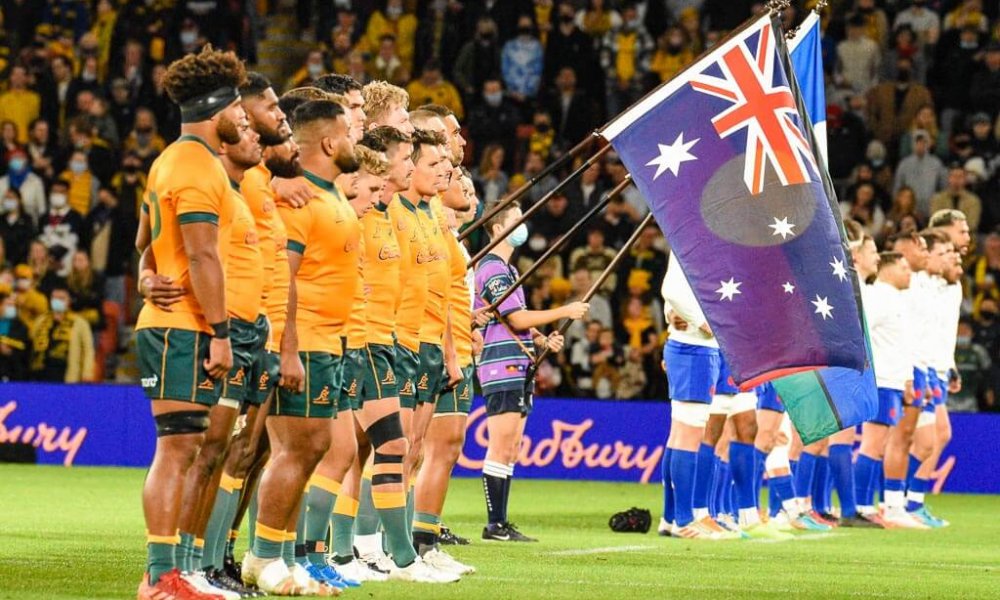 The Wallabies are riding high after two straight wins against the world cup holders, while Argentina have lost four straight in the RC. The South Americans will look to restore pride and have the two draws against Australia to draw confidence from. Australia are looking for three wins in a row for the first time in a very long time.

Australia had a bipolar start. They gave away a kickable penalty and lost a contestable kick receipt, but then they latched onto a loose ball, marched up field through a Kerevi run and Hodge barged through to score a converted try. Ten minutes later, it was Kerevi who scored after Len Ikitau recovered a pretty Cooper grubber just short of the try line and Samu pick and drove off the base of the ruck.

The rest of the first half was a bit of an arm wrestle with only Nic White’s attempt to score at the base of the goal post and a penalty to each team as highlights.

Argentina pressured the Australians early in the second half and scored a well worked try through the forwards off a five metre lineout. At the 45 minute mark Australia lead 17-8.

The Puma forwards were very aggressive, but it worked against them on two occasions when penalties were reversed and their openside was yellow carded.

James O’Connor returned after months of injury and slotted in like he had never left. 60 minutes in and O’Connor ran to the line and popped to Kellaway for Australia’s third try. After the conversion, it was 27-8 to Australia.

Well, what can we say about this match? It was a strong win from the Wallabies, they absorbed the pressure from a fired up Argentinian side and kept their structure and ran their plays. It may not of been the best spectacle we’ve ever watch, but it was an important step for a team still getting used to being so high up in the world rankings.

Nothing to mention. This game was a bit of a grind, and Australia ground just a little better.

It’s open slather here. Andrew Kellaway gets it from me but I could have given it to Kerevi, White, Valentini, Cooper and a few others. A great team effort from the Wallabies.

Kellaway’s wing play continues to impress, both with and without the ball. A great balance with Koreobete. Valentini provided a shit ton full of go forward. Really, it was a lot! Robert Leota had a very good debut.