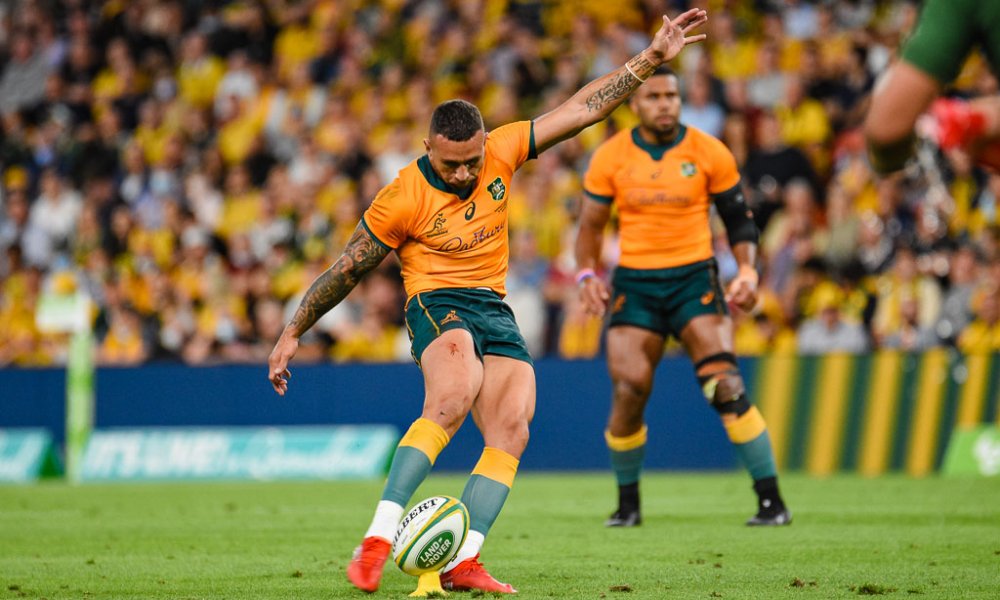 Firstly, sorry for being late with this one. Now that I’ve have had my two vaccines against the global hoax, my employer decided to send me on a tour of the arse end of nowhere complete with non existent wifi, crap roads and barely drinkable tap water. No, it wasn’t New Zealand.

Anyway, on with the show. Well, how does two on the bounce feel? Pretty good, especially given the opposition was the reigning world champions. So, let’s dive in and, for once, have a mostly feel good article. 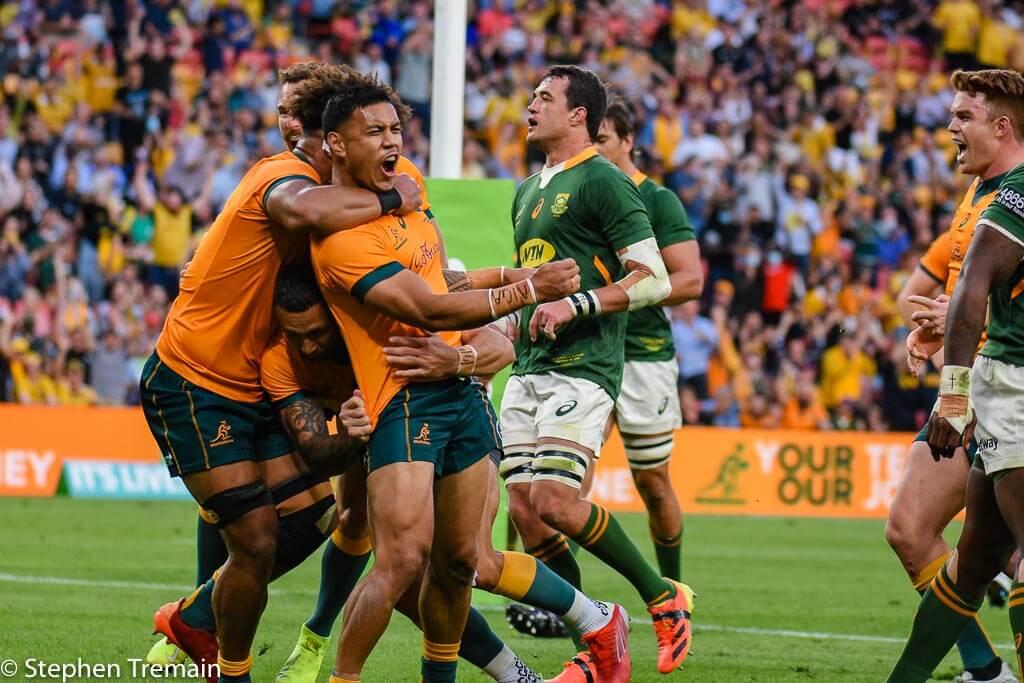 Firstly, the way the pack stood up was really great. The maul defense was excellent, the scrum was good, and we appear to be picking players for the unflashy stuff they do, like hitting rucks and shifting bodies out of the way. We also went another test without throwing an intercept try. Given we used to concede one of them and often a charge down try as well, we’ve pretty much plugged a 14 point leak in what used to laughingly be called our ‘game plan’.

There was a period from about the 30th to the 60th mark where South Africa appeared to making good headway with their kick-based approach. As a team we’re really not that good under the high ball, and it looked to me that there was a real chance South Africa could grind out a win based on carving easy meters and winning penalties. The fact we backed our systems and nullified their maul left them with wondering what to do when scoring in 3s wasn’t working due to the Wallabies scoring in 5s & 7s. They clearly tried to be a bit more adventurous at times this week but it always broke down, so they went back to their comfort zone which also didn’t work and then some of their players got petulant (more on that later in the bonus section).

Perhaps we learned that you won’t be the world’s number one ranked team of a 15 a side game for long if you only play with 10.

Good Problems to Have

During the week up to the first SA test, Brett McKay, a writer I respect, wrote that Quade Cooper had made a rod for his own back with his performance in the first test against South Africa. If he blew it this week, it would be ‘oh well’ because he had already set the standard we’d expect. It was a different look from him this week, but he really showed the first test wasn’t a one off. I read he near enough topped the team’s tackle count and didn’t miss one. It’s good not to have to shuffle everyone from pillar to post cos he can’t tackle.

For a good long while, the national selectors have preferred picking a second ball player at 12 to help the fly half. Having Kerevi at 12 to keep us moving forward while the outside center acts as the backline linchpin could be set to be around for a while, possibly to the determent of Matt To’omua’s test chances. It’s actually a fairly conventional approach and has been known to work well for sides that have been beating us more often than not recently, so perhaps Dave Rennie is onto something. Ikitau having a great left boot helps too, though I’ve a knit pick for that later on.

Elsewhere, there’s obviously going to be a change due to Bank’s fracturing his arm, but I don’t think many of us are really worried by the options available being a major step down. Looking through the side, it seems that most positions have real options in the event of injuries/form/repeated brain explosions. I do think there’s probably a gap between the starting wingers and next on the rank, and the line work of Kaitu’u is probably what stops him having a real shot at starting. Comments on this and other positions welcome.

The air was turned pretty blue at my place when we give a stupid penalty for obstruction more or less off the kick off. It was dumb and served no practical purpose. Lachie Swinton’s card might be debatable but the refs are likely to be looking at him closely in the tests going on as he’s picked up almost many cards as he has caps. Whether he gets picked next week will be interested (edit, he hasn’t. Is it due to this?). 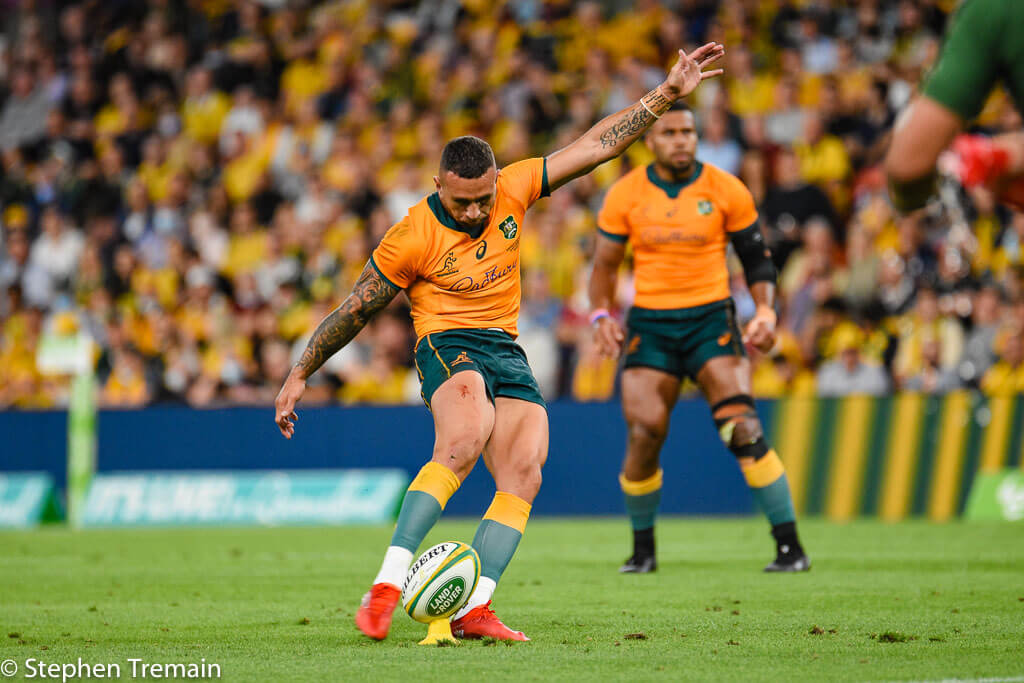 I believe we gave a way a good deal more than the Boks did, and while it was good to see that the guys stuck to a sensible game plan, they’ll need to be cut down moving forward. Speaking of penalties that do serve a practical purpose, Kellaway’s one for hitting a guy in the air was dead example of one that does. He got the timing wrong but as the commentary said, it saved a certain try and it showed he’s got a bloody good rugby brain on his shoulders.

I’m really trying to find the bright side of all this but we have to cut the penalties down.

I’ve touched on the most obvious which is the ability of the back three to catch a high ball. It’s hardly going to get me an analysts’ gig at Rugby Australia for suggesting it be something they work on this week. I’d hardly call it a knit pick to cut out bone headed penalties for obstruction but I did notice one thing I’d like the team change. Len Ikitau has a good left boot but it didn’t stop South Africa kicking it to him from restarts. They picked on him as he was positioned to punt on his weaker side and this lead to line outs a lot closer than would have been the case if he’d been swapped the other side where he can let rip with his favored side leaving a right footed player to fire it back.

I mention it as although some of the more glaring issues of the team’s flawed appear to be being addressed, whether they are part of the team’s “DNA” (at the risk of reminding you of a Dingo-ism) remain to be seen in my humble opinion. However, the kind of attention to detail that stands a left footed kicker in a position to best use his preferred foot on kick off reception is what separates good from great. South Africa kicked it direct to Len three times by my count. What is it they say about three times being a pattern?

A Rod For the Collective Back?

I mentioned that Quade had made a potential rod for his back but answered that. Well, now we know the whole team has one. If they fluff their lines against Argentina by looking ragged, by which I mean reverting to Chiek-Ball and throwing all kinds of shit offloads in the pursuit of highlight reel tries, or, even worse, losing. By full time Saturday we should have a good idea if the team have that hard nosed, “we want to smash whoever is in front of style” that makes playing New Zealand sides such a scary prospect or whether we’ll be saying “here we go again”. From what I’ve read in the press the team seem well aware of the need to show a change has been made and I’m confident enough we’ll see a good performance. Argentina would probably have been targeting these two games as ones they were in with a good chance of winning before they watched Australia play South Africa, so there’s a good chance they’re feeling a bit awed. We can also hope Chieks comes up with the same type of “game plan” for them as he used to for us.

You’d have got fantastic odds that the 100th test between South Africa and NZ would take place in Townsville as a curtain raiser for a Wallaby test, but it’s hardly the strangest thing that’s happened in the world recently. Anyway, having been shown that only using 10 of your 15 players isn’t always effective, it’ll be interesting to see how, or if, South Africa adjust. My own sense is they will just come out mean and fired up on the same game plan as before. It’s pretty clear they can’t run much out of their backs that will trouble NZ overly. Aside from not missing tackles and kicking a bit more accurately I’m not sure there’s a lot they can do. Changing much now would be changing your socks on the run – you’ll just fall on your face soon enough. If it turns out that their game plan involves trying to put NZ off their rhythm by going full Bakkies (or “petulant”), they might find themselves in a fairly deep refereeing hole but being mean is about all they might have left. I look forward the subsequent YouTube analysis from Rassie. 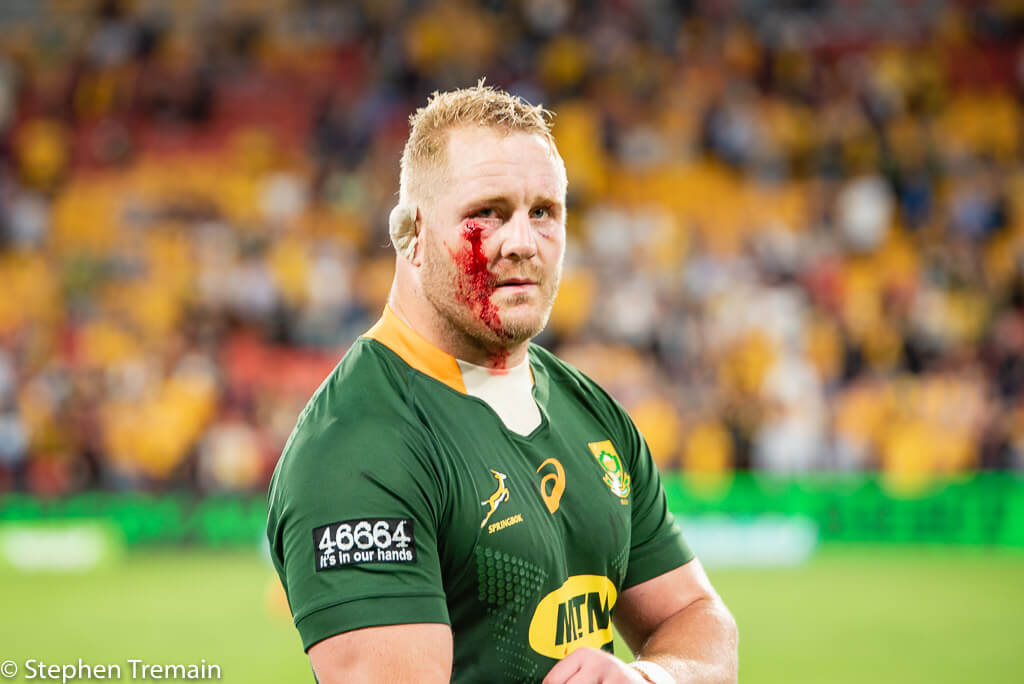 As for NZ, they always analyze what a side is good at and then do their best to take that away from them, thus making you play out of your comfort zone. Nic White, for example, has caused them some issues in the the past with the way the Wallabies were running a lot of the game plan off him. In the next match he tends to find himself much less free to do that, by fair means and perhaps foul. Seeing as I’m mentioning it, South Africa run a lot of their stuff off a certain bouffant scrum half. Be interesting to see how he goes being the center of unwanted attention.

Final note. I hate the new WordPress version. It makes simple things like uploading pictures harder than crapping a hedgehog. Sorry if the layout is crap.