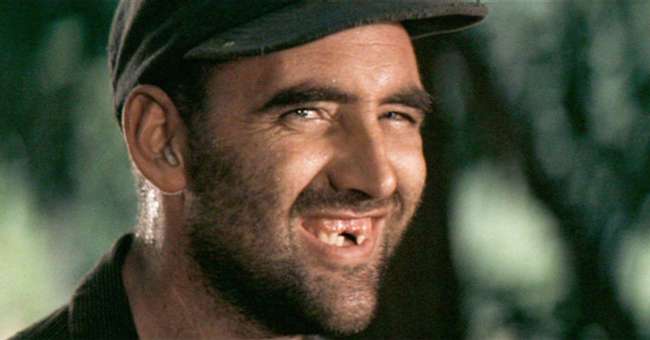 Welcome to Townsville, putting the ‘F’ into ‘FNQ’.

This week we jump on the travelling caravan that is RC Down Under, we take a look back at the stunning SECOND CONSECUTIVE WIN (does that make us World Champions now?) against the World Chumps Champs, run the rule over my dislike of bikes and the Orange team to face the FISM’s this weekend and even dip our toe into the darkness and preview the mouth-watering game that awaits between The Catholics and the side perpetually offside, The Nearlies, in the 100th clash in their 100 year rivalry between these Southern Hemisphere titans.

All this and The Friday Fast 5 Bonus – claimed by Daniel Andrews to be THE reason for Melbourne’s ‘civil unrest’ and spike in the state’s unplanned pregnancies.

‘I felt we actually won this game.’

This quote from one of our bloggers from the Third World, fascist outpost of WA, Mr Habitual Offender, really caught my eye following last week’s win. The one line offering was succinct, on message and well crafted. No doubt he has a NSW partner, neighbours, or perhaps indeed we are related for him to be so articulate, but plagiarism aside, it got me thinking, ‘yes’, for the first time in a LONG while, we deserved to win that game.

We were not necessarily ‘lucky’ in victory or ‘unlucky’ in defeat for a change (robbed by blind, cheating, inbred, bastard home town ref’s – refer KARL’s upcoming Netflix doco series ‘Life as a child of cousins – a ref’s journey’ for more insight) but deserving to take the lollies. And all this DESPITE our best endeavours to lose the bloody thing over the last 15-20 minutes. Truth be told, our last 15-20 minutes against the Popes lot was horrible. Our set piece was poo, our discipline worse, thankfully our D was organised, calm & terrific, coupled with the fact that the Catholics attack is as toothless as a Townsville local. Stop the rolling maul, you stop the Bok’s and their Plan ‘B’ is to go harder at Plan ‘A’!

In fact, to celebrate the momentous occasion of repeat victories (another this weekend will be our first three-peat since 2017’s run of 7 in a row) I took to wearing my Wallaby jumper on morning walks this week. Sure, I was heckled by a couple of Kiwis in the back of a sedan parked at the lights, but the officers in the front drove off and the defendants accents soon faded away. I acknowledge our lot were far from brilliant or clinical, but by Jehovah, 2 from 2 against The Catholics, the reigning world champs, lion slayers and raging hot favourites cannot be sneezed at. The upside? There is still so much improvement left in the Wallabies side.

Which brings me to this Saturday’s fixture against Falkland Island Silver Medallist’s, Los Puma’s. Playing these guys is like arguing with Anti-vaxxers, you get dragged down to ‘stupid’ and beaten by experience, so it’s best to ignore them and do your own thing.

History shows we traditionally get sucked in to playing the FISM’s ‘brand’ of Rugby. Slow, set piece, cluster-fudge, dockyard brawl, slow motion car accident. What this fan is looking for is for those in Orange to impose our will & play our game. Sure we need to counter their physicality, but after two wins in a row against the Catholics, I am looking for our team to show we have learnt and more than anything, impose our Rugby smarts over these Latin lotharios.

If our boys get suckered into a close combat shit-show it will be a tight result, play with smarts, freedom and calmness as per last week AND our finishers perform better, we win by 20.

The thing that shits me about the RWC are the never ending ‘cycles’ leading up to them.

That is, coaches ‘blooding players’, grooming them, giving them game time et-bloody-cetera in the lead up to the big show once every 4 years (how’d that work for ya Cheik – our form was shite for two years leading into the cup and how’d we do again?). What about winning here & winning now? Surely there is no form running into a cup like winning form – right? Then that also put’s downward pressure on those wanting a shot in the side to lift their levels to ‘earn the weekend’.

Anyhoo, I like that Moses and co are rewarding performance and not handing out caps to squad members like discount coupons to The ‘Happy Ending Massage Centre’ in Brisbane (thanks to Yowie for the insight). You want in to the 23 you gotta deliver consistently over and above that of the incumbent. That drives standards, competition and ultimately culture & results.

Hard to argue with much of the selections, well bar The Clydesdale’s inclusion and the omission of McMahon for this game, but I refer to my above paragraph as evidence I guess. Hodge’s performance last week seemed less certain than a foreign submarine contract. In fact, he was out & out dreadful. He did some good work later in the evening, especially on a kick chase turnover, but deserving to start………hmmmm. Perhaps it’s a concession for JOC2.0 returning via the pine highway, which I think is smart, and I am a big fan of Leota’s even if he is from some provincial backwater. His SR form was consistent, he is good on both sides of the ball, big and abrasive, and good luck to him in his run-on debut.

Nope give me winning every day over the week over some crystal ball half-arsed mystic cycle that always ends up broken with little to show for it anyway. Winning form is the only form.

Queensland Country Bank Stadium, Townsville on Saturday 25 September, 8:05pm AEST. For those that ‘missed’ the coverage last week, that means the ‘big hand’ is on the one and the ‘little hand’ is on the eight.

This might be Green & Gold Rugby, but I would be remiss in not casting an eye of the 100th Test between The Catholics & The Nearlies and played in the Centenary year of their rivalry, as part of this Saturday’s double header action.

Both sides have made numerous changes for the big clash with all the available AB big guns back on deck and with Springbok coach Jacques Nienaber recalling the experienced trio of Lood de Jager, Elton Jantjies and Frans Steyn to the XXIII.

I’ve said previously that in my opinion, Rugby more than any other code is really a reflection of those nations & peoples who play it. For whatever reason, it is an 80 minute microcosm of a nations’ identity, their history, their cultural identity, beliefs, their values, ambitions and dreams, basically it epitomises the very essence of a nations soul. From the joy and freedom of the Flying Fijians, the autocratic & rigid structure of the English, the caution of the Scotts, the surrendering of The French, the chaos of the Italians, the bravery of the Oirish, the grit of the Welsh, the youth & uncertainty of the Wallabies, to the arrogance of the Boks & the beauty and ambition of the Kiwi game, rugby is so much more than just a ‘game’.

So what will be expressed this week by these two Southern Hemisphere giants?

I don’t believe the Bok’s have any other game in them than what they showed the previous two weeks and if you are that programmed to kick the ball away, if you are that averse to having the pill then you are inviting those in nearly All Black to attack you wave, after wave, after wave, then you are going to be soundly beaten. The belligerence of crash or crash through verse, the guile and ambition of the seeing what’s possible in that instant, will make for an interesting clash of these sides and their national identities.

The greatest skill of the Kiwi’s (grinding teeth while typing this) and one they perhaps don’t get enough credit for is that they can seemingly change plans and gears on the run, adapt or completely change their game plan and their bag of tricks / options is endless. They are as much at home in the tough stuff as they are in the up-tempo, open field game – of which there are none better.

So for all of that what will happen?

The All Blacks will match the physicality and nullify the Bok’s kicking game by terrorising the Saffa’s on the counter in broken field play. The pace and vision of Beauden Barrett, the speed and skill of those around him & the ability of the AB forwards to work in unison PLUS their forward’s terrific short passing game will simply be too much for the Boks. If the Boks try and run it, which is entirely against their rugby DNA, the AB’s will eat that up as well.

Long story short I can’t see how The Catholics are any chance in this one. Accumulating points in three’s will not beat the AB’s, unless of course the AB’s shit the bed completely and just how often does that ever happen!

Samu Kerevi’s description of the returning Sean McMahaon on rugbypass.com has me licking my lips for Big Mac’s return to the matchday side at some point. Hard to believe it’s been 3 years since he left our shores, let’s hope absence has made the heart fonder for Test footy. At age 27 I reckon he is running into the prime years of a loose forward too, I’d hate to be an opposing player when it finally happens.

Every time Mr Kellaway speaks, I become more & more a fan. He’s honest, brutal and calls a spade a farging digging implement. This from rugby.com.au on the rugby road less travelled that ended up in him wearing the fabled orange Jersey. Completely frank.

English coach and future Bond villain Eddie ‘Dr Evil’ Jones has announced that the 2023 RWC in the home of the broken contract will be his last. Jones tells sarugbymag.co.za “100%, and it’s the last chapter for me, the last two years,”

What chance he throws his hat in the ring for the Oz gig post Moses?

Just where do we sit?

Interesting read on planetrugby.com this week. Just where do the Wallabies sit in the grander scheme of things. Sure we are ranked #3 in the world, but more than that how do we really rate for skills, fitness, tactics and overall rugby credentials? The Boks v AB’s game will be revealing in more ways than one, I reckon.

Music to my ears

Nice to hear some humble, grounded and frank talk outta Camp Wallaby this week. This from ‘The Lip’ via rugby.com.au “It’s something we’ve spoken about that two good performances doesn’t make up for a couple of years of bad ones.

A ‘couple of years’ indeed.