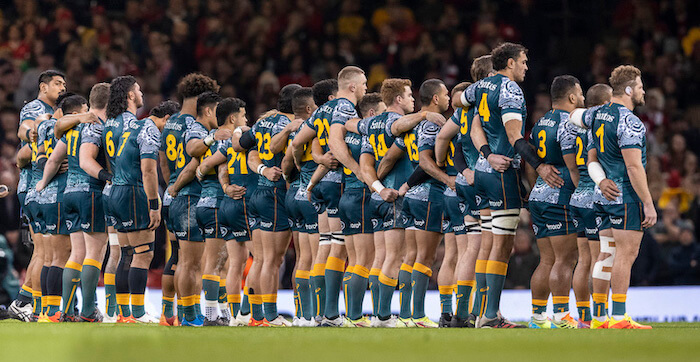 It looks like the Tuesday team is a little behind the rest of the news gurus. Fingers crossed, things are back on track. Well, it would be if there was some sort of track that we were on and we knew how to get back on it.

Tuesday’s rugby news has a look at how Harry Wilson felt about staying home, feel goods from the Brumbies and the threat of uncontested scrums.

Harry Wilson was interview before the Reds first Super Rugby match. Here’s what he had to say:

When asked if the Reds could take anything out of the trials they played.

Yeah, we took a lot out of it, obviously had two pretty competitive matches. With two competitive matches with Force and Waratahs, and yeah, we didn’t get the result in either game, but we took a lot out of it and I guess that’s how what we want from our trials. It’s the best way to prepare us for the season, some too hard hit outs. Well, they brought a lot of physicality. So it was, I guess, good for us to know what we’re going to expect, and they put us under a lot of pressure you know attack shapes and even in defence, so I guess it’s good learnings in our attack to get our structure a bit sharper and have a few more different options.

About staying home from the Spring Tour.

I guess I won’t know how that paid off until we see how I play this year. But I feel personally I feel ready to go to hopefully is have a big year and I guess my body’s in the best shape that’s ever been. So I guess I worked on everything I had to work on, but I guess that’s just the training so now I’ve got to do it on the field and hopefully show some improvement in the few of those areas and just try and perform my best way for the team.

No, I really enjoyed I was happy with the decision I was happy to get back here with the Reds had a good month off, refresher, probably more mentally than anything and then like I said two months with the boys to rip in and just trying to improve and I know a lot the boys had a really big preseason so they all made a lot of gains. So for me to try and catch up to them and it’s just working myself and just give myself every chance to I guess have a good year this year.

And on what he was asked to work on.

I guess a lot of stuff around power I guess, my speed of the mark, my agility and footwork and stuff and that’s one of your main ones and then just as a footballer you want to keep getting better in all facets of your game. So it’s just a good opportunity to remember find space when you skills you tackle and, so hopefully by doing all that work it will be paying off this year

The Brumbies step in to help out Lifeline

In case you hadn’t heard, Lifeline had one of their major fund-raising events shutdown by a bunch of losers last weekend. In response, the Brumbies have graciously donated 10% of their gate takings to, hopefully, make up some of the shortfall.

Brumbies CEO, Phil Thomson said: “Lifeline Canberra play an incredibly important part in our community, so we felt compelled to do our bit in helping support them after the events of last weekend.”

“We urge our community here in Canberra to come down to GIO Stadium on Saturday and enjoy the rugby while helping to support Lifeline.

“We will also be continuing our essential item drive for the Tongan Recovery effort, collecting camping equipment, bedding, long-life food items and more.”

COVID tries to kill the scrum!

Rugby Australia boss Andy Marinos has floated a plan to protect inexperienced props in the event of disease ravaging the front row stocks during this season’s competition. But it hasn’t gone down as well as he expected in the rugby community.

“I haven’t been involved in any of those discussions but you’d have a lot of excited props if they felt they didn’t have to push at scrum time and get around the field and make a difference,” Rennie said on Tuesday. “So hopefully it doesn’t get to that stage.”

“It would put me out of a job, so hopefully they stay contested,” said Johnson-Holmes, comparing no pushing at scrums to removing specialist goalkickers from rugby.

“There’re a lot of closed skills in rugby and, if we start looking to modify and alter the game to cater to perhaps issues in depth, then there’s probably a lot of the game that would need to be changed.

“I know front row is more of a safety thing. I understand that. But it’s a characteristic of the clubs that they probably need to assess and know that they have depth beyond a few emergencies.”

There can be no doubting NSW’s front-row depth, according to forwards coach Pauli Taumoepeau, who says the Waratahs on “every other day” have as many as nine props at training, including developmental players.

“If I was to talk on behalf of every coach, I would say we would always welcome the contest,” Taumoepeau said.

“If you take that scrum battle out of the way, as much as it’s very much for the purist, I just don’t think its rugby anymore.

“So, when given the opportunity, we would always pick contest.”

On the agenda for next week’s Rugby Australia board meeting is the overseas based players eligibility law, commonly known as the Giteau rule.

It is expected that the governing body will make amendments to the Giteau Law, which will see the number of caps reduced. RA will also change the name because they want to move past who the eligibility laws were changed for ahead of the 2015 World Cup.

The eligibility laws are expected to be tightened too, with no more than three players from overseas to be able to run out for Australia assuming they meet the other criteria.

By tightening the eligibility laws, and reducing the caps by as much as half to allow the governing body to pick which seasoned pros they want, RA is making a stand ahead of a big half-a-decade in Australian rugby.

While the 2023 tournament in France is front and centre of the Wallabies’ thinking, the 2025 British and Irish Lions series and home 2027 World Cup will naturally be on players’ attention.