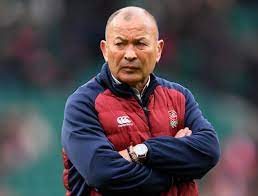 G’Day G&GRs! A very sleep-deprived BL coming at you. Staying up late/getting up early to watch the Festival of Rugby that has been going on in the Northern Hemisphere is killing me. Loving the games (except the Wallabies), as it is just such a bonus to have this much rugby on offer. Anyway, settle back for the ramblings of a mad man.

Fiji fights valiantly in close loss to the Taffs

Despite being down to 13 players twice during the game, and playing most of it with only
14 players, the Flying Fijians, made the Taffy boys work their arses off for the win. Wales
really struggled in beating a Fijian side who refused to say die, in what will be a worry for
the side in the lead up to their match against Australia. In the end, the Welsh managed to
pulled clear as they scored six tries to claim a 38-23 win, in what would be their first
scalp of the autumn internationals campaign.
However, the final score line in no way shows how tough a contest it was or how much
of a meal, the Welsh almost made of it. The flying Fijians certainly lived up to their name
in the first quarter of the match as they came flying out of the blocks, claiming an
amazing try after just four minutes via their skipper Waisea Nayacalevu. Fiji’s 10, Ben
Volavola added the conversion and a subsequent penalty to give the visitors a 10-0 lead
inside the opening 10 minutes. Wales countered with a converted try from their hooker
Elias snatching a lineout maul drive finally, after twice kicking penalties to the corner.
Luckily, otherwise turning down the points twice would have made them look like the
Wallabies.
At about the 25-minute mark came the game’s critical event, as Fijian winger Eroni Sau
was shown the bad card for a swinging arm to the head of Johnny Williams. Of note,
while it was always going to be a card, neither the Referump Nic Berry or the ARs
noticed it. It was only after the local stadium staff played the event on the screen and the
crowd went Apeshit, did Nic Berry ask the TMO what the crowd was booing about, that
the TMO had a look. Result, Red Card. I don’t know about you other G&GRs but I for
one am starting to get this shits with home town advantage. If Referumps don’t pick it up,
then leave it for a review committee to get after the game. But having home town crowds
put up every bit of footage they don’t like really is a one-sided affair in the host’s favour.

Then just before oranges, the F1J1s were reduced to 13 men as flanker Albert Tuisue
was sin-binned for a team repeated infringements warning. This really gave the Tom
Jones-loving choirboys a real advantage, which they didn’t hesitate to take advantage
of. With a two player numerical advantage, the Taffs through No. 9 Hardy darted over
for a try from a close in scrum to give them a 14-13 half-time lead.
Despite playing with 13, Fiji went back on the attack, as only they know how, and back in
front with a well-struck penalty from Volavola soon after oranges. Not long after getting
the lead, they then stretched it with a second try for skipper Nayacalevu as the Fiji
attacked from the deep in classic Fiji unbroken play style.
However, things started going a little pear-shaped then, with a second yellow card, to
replacement prop, Eroni Mawi. This ended up proving costly as Wales struck twice
against the 13 man Fijian side. In the final 10 minutes, Rees-Zammit’s try and Liam
Williams’ late score saw Wales pull away to a 38-23 victory.
Of note, was when Fiji had a full complement and even a lot of the time that they were
down a man or two, they were able to really stretch the Welsh. This has to be a concern
for the Welsh coaching team, especially in the lead up to the pivotal match against the
Aussies.

Super Rugby 2022 to include Super Round

The Super Rugby Pacific 2022 tournament will gets its own version, and a better version
in my opinion, of the Mungo Balls Magic Round when we let Communist Melbourne host
every team in round two of next year’s competition for a mega event.
The full draw was released by Super Rugby Pacific on yesterday, with newcomers
Moana Pasifika ‘hosting’ the Ponies in Auckland for the first round. The introduction of
Moana Pasifika and the Fijian Drua, (which is about bloody time if you ask me) will see a
number of enticing early match ups in the opening rounds.
The season features the afore mentioned Super Round in Melbourne in Round 2 that
will see all 12 Super Rugby teams gather in the city for three straight days of
doubleheaders from February 25-27 at AAMI Park. Provided Emperor Dan doesn’t
change his mind with his new Overlord powers.
All teams will compete in 14 matches during the season with 11 round-robin games as
well as three additional ‘rivalry’ matches (what ever the fark these are). The top eight
teams at the end of the season will then compete in a finals series starting sometime in
about June, provided there are no more lockdowns or outbreaks, or whatever new
version of the Panda flu will get thrown at us poor bastards. In an interesting change, all
12 teams will have their byes in either Round 7, Round 8 or Round 9, in attempt to give
them a relatively even chance to recharge ahead of the finals.
I don’t know about the rest of you G&GRs but I am really looking forward to the Super
Season kicking off, and am particularly looking forward to seeing Moana Pasifika and
the Fijian Drua strutting their stuff. Much more interesting than the DDF super teams.

Well after much soul-searching, analysis, drinking, swearing, crying, mourning, breaking things and refusing to listen to anything that Eddie ‘Dr Evil’ Jones had to say after the match, I have decided in BL’s unique way to try and patch together where our Orange ones screwed the pooch this weekend.

Shooting ourselves in the foot.

There is no doubt when you are as undisciplined as we were giving up 18 penalties, there was no doubt we were going to be on the wrong end of the score line. But we are not the Nearlies, who can cynically infringe the whole game long and still win by a bazillion points. We are the Wallabies who will infringe and then get spanked for it.
Now don’t get me wrong, some of those penalties from the ‘Pyed Pyper’ (like my play on words there) were pedantic bullshit, but still we really only opened our mouth to change feet. Shit passes, dropped ball, 13 turnovers, fark me! You get where I am going. Now let’s add to that 2 x Cheeses, and now we are really stomping on our own todger with studded boots.

Yep, there was no penetration. It is becoming fundamentally evident, that without a deft play-making 10 who slots a barnstorming 12 into a slot, we are not able to really break the gain line. And on the very rare occasion that we do, we get isolated and then turn over the pill. I don’t you about you guys and gals, but at 4:00 in the morning, I woke up the household abusing the TV. Mrs BL was not a happy camper. I blamed the Wallabies, she said I am the stupid prick that keeps on watching them! So guess what G&GRs? It was my fault.

Without Cooper there we seem to be a rudderless ship. There appears to be no one steering the ship. Hooper is not a general that commands, or wheel and deals, he is just a player that plays his heart out. And while that is great, in fact amazing, it is not doing us anything leadership wise. And now, with Hooper potentially out for next week’s game, let’s see what happens.
JOC 2.0 is a good 10 at Super level but doesn’t seem to be able to master that at the international level. Mind you, he didn’t have a lot of game time prior to coming back into the slot for the Scotland and England Games. I am not sure whether Lolo is ready to drop back into the slot either, and I fear that if he is thrown in there for the Wales game, and we get beaten, then his self-esteem and belief are going to be low enough to crawl under a pregnant snake.
Let’s hope, in the lead up to the RWC, that:
We get Cooper back into the Wallabies set up. Now even if he isn’t the 10 for the RWC, which would be BL’s preference, but even if he isn’t, we get him back to coach/teach/mentor our other 10s. Develop them, so we have depth, and we have players that learn. Because at the moment, our young 10s (not including JOC2.0) have a hell of a lot of development to do. And there are not a lot of rugby brains out there in the Aus system to help them learn.

We continue to invite the ‘good’ overseas players back into the fold. RA needs to go on a charm offensive to France and Japan to ensure that these guys are available to the Australian squad. And not do as was reported earlier and tell them to come back to Super Rugby, or they are persona non-grata. Which was farking stupid! And by good, I mean the Kerevis, the Coopers, the McMahons, not the Beales or the Skeltons! I think we have proved the Gilbert’s days are done and dusted. And Skelton just does not have the work ethic to be in the Wallabies squad.
Anyway, enough of me dribbling shit. Over to you G&GRs!