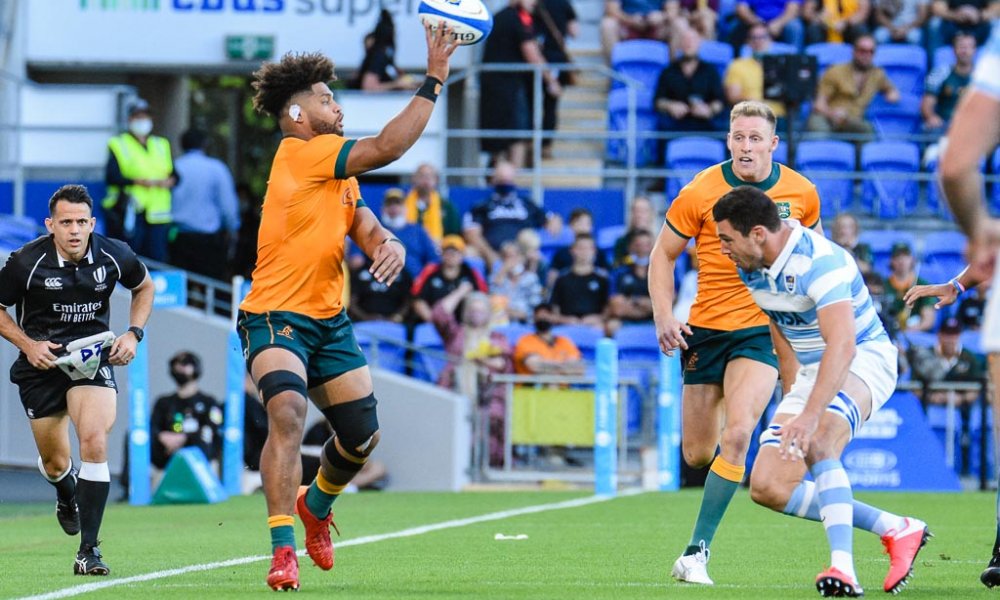 G’Day GAGR’s! Well, talk about withdrawal symptoms. Really starting to miss my international tests after weeks of being spoilt. But low and behold, the next game is less than a week away! Are you excited yet? Sure as hell BL is! The GAGR’s are coming, the GAGR’s are coming (said to the cadence of the Red Coats are coming!) So, let’s gear up and get ready for a Test Weekend.

Moana Pasifika – Recruiting like champions! Tah’s, that is how you do it!

After confirming the stellar signing of former Wallabies and Pony Christian Leali’ifano as their first signing and Captain, ahead of the 2022 season. Moana Pasifika (MP) have articulated that they will be also bringing in former Crusaders scrumhalf Ere Enari. The former Kiwi U20 representative made his debut for the Dark Saders in 2017.

“Very proud to be a part of Moana Pasifika in Super Rugby Pacific 2022,” Ere said via his social media.

“Thank you to @canterburyrugby and @crusadersrugbyteam for all you have given to me over the past 6 years.”

“Looking forward to the new challenge and the opportunity to play for and serve our people. Thank you for all the messages whānau. Tēnā rā koutou katoa, alofa tele atu.”

Enari has monster lock Sione Tu’ipulotu and the scrappy loose forward Solomone Funaki, as MP look to build a formidable forward pack. Which is significantly more than what the Tah’s have been able to do.

Yesterday, MP they confirmed that Samoan trio Neria Fomai, Tomasi Alosio and former Force outside back Henry Taefu would also join their squad. In what is looking to be a recruiting bonanza. Taefu was a strong player for the Force and Qld Reds, earning over 30 Super Rugby caps. Fomai and Alosio have landed their international caps during the July International window, having run on for Samoa on the Sevens circuit.

Head coach Aaron Mauger in recent media briefs has indicated that they have all but signed their complete playing roster for 2022, with the final squad to be announces in the coming days.

“We’re really excited by the squad,” he said. “Ene Enari and Solomone Funaki are in a really quality program down at Hawk’s Bay and those guys are playing good footy. That’s the beauty of the NPC, a lot of our Pasifika-based players are plying their trade in good provinces.”

“They have good support structures around them, but a lot of the time they just need an opportunity which we can provide through Moana Pasifika.” “I know some of them will be unknown to many, but the potential and ability of the guys to hit the ground running and make an impact on Super Rugby is massive. I’m really excited.”

Well to be honest BL is pretty excited as well. MP look to have recruited wisely from a broad talent pool, and are likely perform reasonably well in the first season. Although a number of the Kiwi teams will be challenging, I think that some of weaker Australian teams should be concerned.

Our big Flying Fijian, Samu Kerevi stated that he will make a call on his fitness as early as Monday as he tries to overcome injury for our test against the Brave Blossoms on the weekend. Moses reckons that he would give Kerevi “every opportunity” to be right for the game against Japan. And so he should, as Kerevi has been in barnstorming for the Wallabies, especially outside Quade ‘Lazarus’ Cooper. However, Kerevi, being the top bloke that he is, reckons it wouldn’t be fair on the team to have sooooooo much uncertainty leading up to the match, so he will make a call on Monday or Tuesday, at the latest.

“I don’t want to be a distraction to the team, that’s a big thing for me,” Kerevi said. “With the centres we do have, Hunter and Lenny, but also Foketi and Izzy, for those younger two it’s about giving them time in the position.

“If I’m coming in and out it’s not ideal, so I’ll make a call at the start of the week, Monday or Tuesday. Even if the guys are giving me time, I think for the betterment of the team it’s best we make a decision early.”

“The ankle’s feeling a lot better, I had my first running session [Saturday] and for a four-week injury it’s healing really well, the physio’s really happy with how it’s going, but it’s still a bit slow for my liking … I’m still in doubt for next week,” Kerevi said.

“With the guys we have in the squad, whether I’m playing or not, I think we’re in safe hands in terms of centres.”

Samu and Quade Cooper have been sharing a room for the last 2 weeks, so let’s see what these boys have been cooking up. He said both he and Quadey are digging Rennie’s focus on the team learning to play what’s in front of them. Which is a big difference to what they had under the previous incompetent regime.*

“That’s one thing we’re really enjoying,” he said. “I’m comfortable with my carrying ability but being able to see space and hit a kick or send a pass, the group is really growing in spades in that area!” “We’re learning to see different pictures and be adaptable in our game … it’s hard when you’ve got a game plan you sometimes don’t want to shy away from it, but we have to be able to be brave enough to do it.”

“Quade and I have to keep our heads cool and be more calculating at times,” he said. “There’s always times to play heads-up footy and [outside backs Jordan Petaia and Andrew Kellaway] are bringing heaps of energy and are really keen to play that way, but it’s up to us to be calculated. I’m trying to give Quadey good direction and that front foot ball so it makes it easy for him when he does make those decisions.”

Well here is hoping that Kerevi is fit, and we get to see what those boys have be creating in their hotel room in Japan.

* Denotes a BL comment, not a Kerevi comment. Just wanted to clarify. You know before all the haters start hating!

Mehrtens view of the Northern Tour

According to our beloved Kiwi commentator on Stan, Merto, the Wallabies’ spring tour will only earn a pass mark if they beat Scotland at Murrayfield. Whilst the GAGR crowd and the boys on The Rugby Report Card believe that the clashes with little Eddie’s England at Twickers and the Taff’s at the new Cardiff Arms Park (Millennium Stadium) are the defining factors, Merto reckons that the Scott’s are the pass mark, as they are a team that we should dispatch.

The key point Merto reckons is, whilst the Wallabies have definitely been improving, all of their games have been in Australia. To be completely honest, all of their games have been in Queensland. The Wallabies ‘go to’ sanctuary. The big question mark that needs to be answered is whether they can back that up on the road. Playing those teams on their home ground. Hard to disagree with logic like that! Even from a Kiwi.

The Japanese game is the Wallabies first stumbling block. Andrew Merhtens reckon that not only does Moses’s team need to win that, but they need to give them a right royal flogging. And the Haggis eaters will need to be put to the sword convincingly, too.

Merto them rabbits on about backline selection issues. That is where he lost me. There is only soooo much logic that I can tolerate from a sheep lover, before I lose focus.

But in relation to the other matters he raised. He has a point. What do the rest of the GAGR’s think about what is the agreed pass mark for Moses and his disciples?