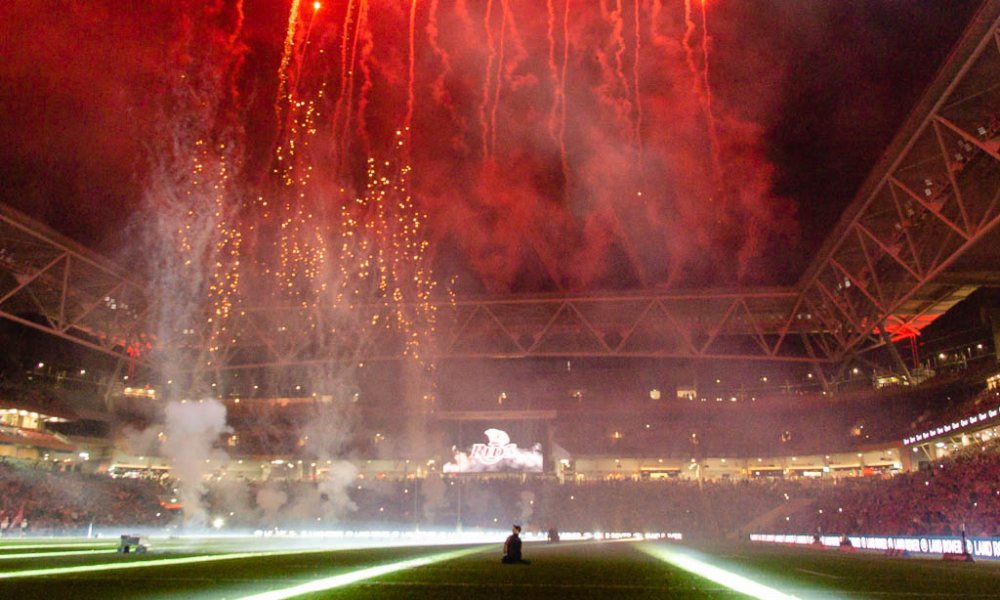 “Well, we Australian Rugby Fans are an interesting bunch. A short three months ago everyone was saying how we are looking like we are turning a corner and now everyone is banging on about how rubbish we are.”

This week it is sunshine lollipops and rainbows everywhere.

Last week I made some observations around how little SA play and how we are playing too much. Suddenly we had an experienced flyhalf who sees the game at a different level, and we played with some intelligence (not Reece Hodge)and we suddenly look a lot better. Our balance was pretty good I have put last week’s stats in bracket and I will highlight some others afterwards I don’t use time in possession or any of the other rubbish stats for me, it is about what you create and what you do with those opportunities.

For mine this demonstrates that we played all the rugby and after watching the game, South Africa’s game is based on cutting down all risk. The interesting thing is despite not making a single clean break the South Africans scored three tries.

The big question this week at Lang Park (Suncorp) will South Africa stay the course or will they look to expand their game. Will Australia evolve with Quade driving the bus week two and can we convert some more of the chances we are creating.

Aaron Smith not playing in the Rugby Championship

An All Blacks statement read: “Aaron Smith won’t be joining the All Blacks in Australia for the Rugby Championship. The 32-year-old Smith has stayed in New Zealand to be with his family awaiting the birth of his second child. He will join his Manawatu Turbos team this week to train and play in the NPC this season.

Smith explained: “There is a silver lining here about not being with the All Blacks. I’m only five games short of 50 for the Turbos, and I’m excited about hopefully making that milestone. The door isn’t completely closed to me joining the All Blacks for the northern tour if our baby comes early. In this environment anything can happen, so I have got an open mind.  At the moment, though, I just want to focus on being here with my family and enjoying that time and playing for Manawatu. I can’t wait to get the boots on again.”

This is the benefit of the NZ system with the depth they have they can afford to rest one of the best halfbacks in the world of the last ten years but with the NPC system they can also keep him game fit.

‘We had 4 training sessions to play South Africa’: Ledesma on Pumas plight

One has to feel for the Argentinians (FISM) in the Rugby Championship 2020 Covid saw the Jaguares getting axed. They have not played a test at home since 2019 and now all the players are plying their trade in Europe. As a result all the continuity they had built was blown apart.

“March last year, we lost Super Rugby, and then players had to go elsewhere, find another job. On one hand, it was that, and we lost any ‘tier one competition’, let’s put it that way, in terms of franchise.

“So, we had to find our way in South America with what we’ve got. Now, 90 percent of our players, if not more, that started today are playing in the Northern Hemisphere, and we are competing in the Southern Hemisphere.”

“These guys finished their season a month ago, or a little bit more, then they play the July tests, then they went on holiday and back from holiday we had four training sessions to play South Africa.”

I agree with this statement also. I am looking at you, NZ.

“Nobody seems to care” when compared to the accommodations made for bigger nations.

“All the player welfare, giving them rest and stuff like that, that got thrown out the window. Nobody seems to care,” he said.

“When it is one of the top teams, when it comes to quarantine, travelling and this and that, it seems to be a big issue, player welfare and mental health.”

Clickbait Warning: Kempson: South Africa should have had a penalty in the final scrum.

KARL made this comment yesterday and I thought I would look it up. The YouTube is Here

Apart from the clickbait headline, it does have some (ill) considered commentary around the scrums in the game. On a wider note, it does show that while we complain about the one eyed commentary from our Kiwi brethren, and they are but a pale imitation of the work of the Saffas. Listening to this piece and the BIL tests were just embarrassing to say the least.

5 Things We Learned against the Boks
Friday’s Rugby News.