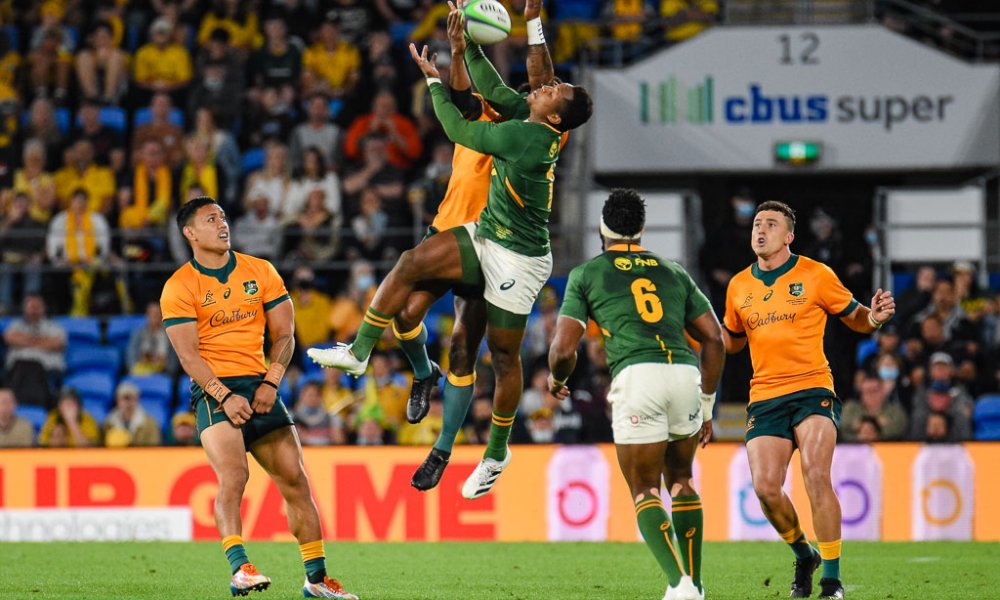 Well, winning sure does feel better than losing, especially against quality opposition. So, unlike the last time out, we actually appear to have learned a few things and here are the things I got. Please stick your own in the comments.

Well, we sure learned something about him. Actually, to me, we were just reminded about him, namely that he is an eminently coachable player. The earliest expression of this that I recall was ten years ago when the Reds went to SA and beat the Stormers by kicking the leather off the ball to ensure field position to deny the opposition rolling maul opportunities. It was an excellent display of a smart game plan well executed and showed that Quade could really play different styles besides his trademark all out attack.

He’s not always been that easy to deal with and while I am not privy to the behind the scenes, the fact that Quade is clearly coachable and extremely talented raised questions about Robbie Deans’ coaching style and why he couldn’t communicate with him. Cheika eventually made it clear he didn’t want to pick him and, at the risk of being booted off the bandwagon, the fact that Brad Thorn refused to even entertain trying to coach him was something I didn’t agree with.

Looking at the game just gone, we saw a very controlled performance and no glaring mistakes caused by flash plays gone wrong. His only chip kicks came with advantage and served to try to keep the Bok blitzers honest, and his general play was good and managed the situation well. The goal kicking was excellent, clearly, he put in some tackles too and his remarks after the game proved Dave Rennie’s selection. Whether he keeps his spot will be interesting.

OK, on the plus side, we managed to go a match without throwing an intercept try, and we didn’t go wide too early all the time. The slower paced game plan reduced the errors that the New Zealanders gleefully turned into points, and the smarter approach meant we actually scored points when they were a man down the first time.

In keeping with Quade’s philosophy that we always try to get better, I’m still not content we’re playing as smart as we can. We had several penalties for sealing at the breakdown, which were caused by an inaccurate clean out. In my view, the player trying to make a clean out had to be inaccurate to stand a chance as we were trying to get over the gain line too wide from support, making it easier for the South African players to make a mess of the breakdown. It would also be easier if the pass was shorter. Samu Kerevi dropped a hard pass when he was heading at full tilt into the Bok line leading to scrum, penalty, line out, penalty, line out, push over.

We didn’t appear to recognise the Springbok defensive pattern either. They have three players press hard in the traditional blitz, with the outside centre adjusting or jamming inwards on an angle of out to in. It’s designed to shut an attack early and behind the gain line. Using some smarts you can get around it as there’s a ton of space between the outside centre and the winger, who is usually deeper, as Kellaway found out on his try. We got that try cos their player in the outside centre channel missed his tackle and Kerevi was able to put Kellaway into a space. That’s not the same as us recognising it and preparing accordingly. I’d like to see use our back line to exploit this in the coming test against them, but I am pretty sure New Zealand will be able to find and exploit the space.

(post publish edit: this video explains what I mean by the Bok jamming defense pattern)

We also gave away numerous line out penalties for driving when the man is in the air. We can improve this in two ways, only one of which I feel remotely qualified to remark upon, which is to address the dumb penalties to deny them the kicks into our 22. The other involves getting smarter at line out, but seeing as I haven’t stood in a line out since I was a teenager, I’m gonna rely on someone making a call to Sharpie or Nobody for what to do there. Perhaps someone can make a comment below.

Am I the only one to think that Hooper’s captaincy is getting better? For a good long while he seemed to want to argue with the ref when things weren’t going our way, whereas now he seems to take a more measured, less confrontational tone with the man with the whistle. I thought the ref had a pretty game, but I was left scratching my head over a few of his scrum calls, and you could see Hoops felt the same, but he seemed to keep a lid on it.

Which brings us to discipline. I’ve already mentioned the line out and the break-down, but the second yellow for chop blocking the player’s legs was really dumb. It’s not like it’s any more effective than a text book low tackle where you take the guy low and fall back, except it does carry a yellow card. Does Rennie have to send a message that doing that can cost you a position?

What about the Boks?

During the game, it occurred to me that the Springboks might be playing a really limited game plan to not give anything away to New Zealand. No one can call themselves the world’s best until they have beaten the All Blacks, and the Springboks have not done that. Make no mistake, the game between the two of them is for the title.

Pollard is clearly their first choice 10, and he doesn’t seem to know the names of any players who stand outside him, and they haven’t looked like playing in any other way than they did against us. If they take this game to the All Blacks, I really can’t see them getting much unless the Queensland wet seasons starts early and hard.