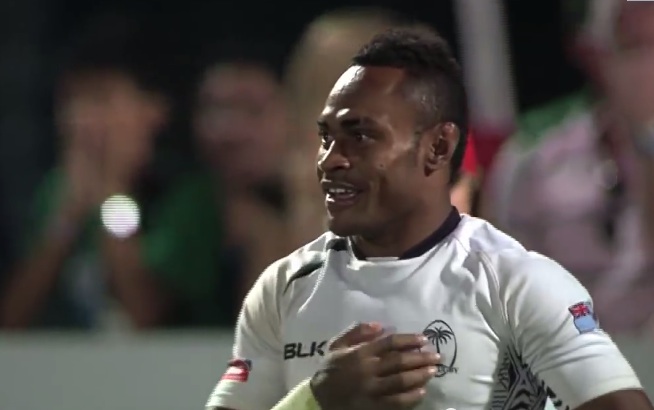 The Aussie Women got off to a strong start winning all their pool matches defeating Canada 17-0, Brazil 38-10 and France 31-0. On day 2, the Aussies faced England in the Quarter Finals and managed to bring in a win in the dying stages to win 19-12. They then cruised passed Russia in the Semi-Finals defeating them 31-0. Australia entered the final against the old rivals – New Zealand.

The Aussies were down 22-0 just before half time until Rachel Crothers scored to keep them in touch. The score was 22-7 at half time. In the second half New Zealand started off strongly again to stretch the lead to 20 points, 27-7. Then, Rachel Crothers scored again to bring the score to 27-14. Another try from Ellia Green allowed them to get within a try at 27-21. Some magic from Crothers set up a try for Emilee Cherry to take the lead at 27-28. Crothers sealed the deal with a fantastic 60 metre try to complete her hat-rick.

The final score was 27-35 and was an awesome effort for the Australian Women’s Sevens team. Rachel Crothers was clearly the stand out and at only 19 years of age, she will be a superstar of the future! 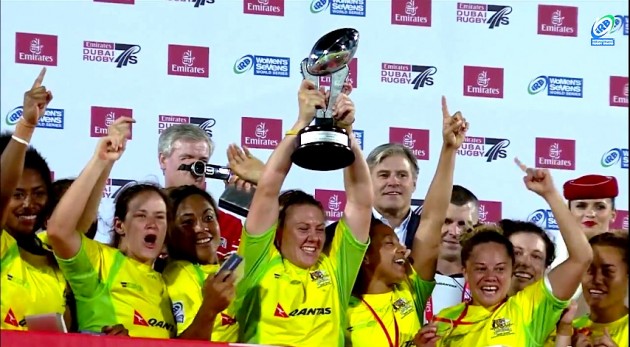 Conversely, the men’s had a disappointing start to the tournament. In their first game they had a shock loss to Scotland, 21-17. They were then able to recover with an emphatic 45-0 victory over Spain before losing their final pool game to Wales, 14-19. Their performance in the pool stage meant they missed out on the top 8 and had to compete for top spot in the Bowl competition.

On day 2, Australia took on the United States in the Bowl Quarter Final and won 47-7. They then defeated Pacific Island powerhouse Samoa in the Bowl Semi Final. This set up an encounter with Portugal in the Final. Australia won the Bowl Final 17-12.

Captain Ed Jenkins was pleased with the win but was not satisfied by his team’s overall performance.

“It’s good to get that win but it wasn’t the best performance [overall], so that was a bit upsetting. Our attack today wasn’t that sharp but the boys will do the work over the next week and hopeflly we can turn it around in Port Elizabeth.”

In the final Fiji got off to a great start which gave them a commanding 19-0 lead. With 6 minutes remaining Fiji were ahead 24-0. South Africa made a late comback but Fiji were too strong, they won the match 29-17. Fiji were dominant throughout the tournament and were deserving winners.