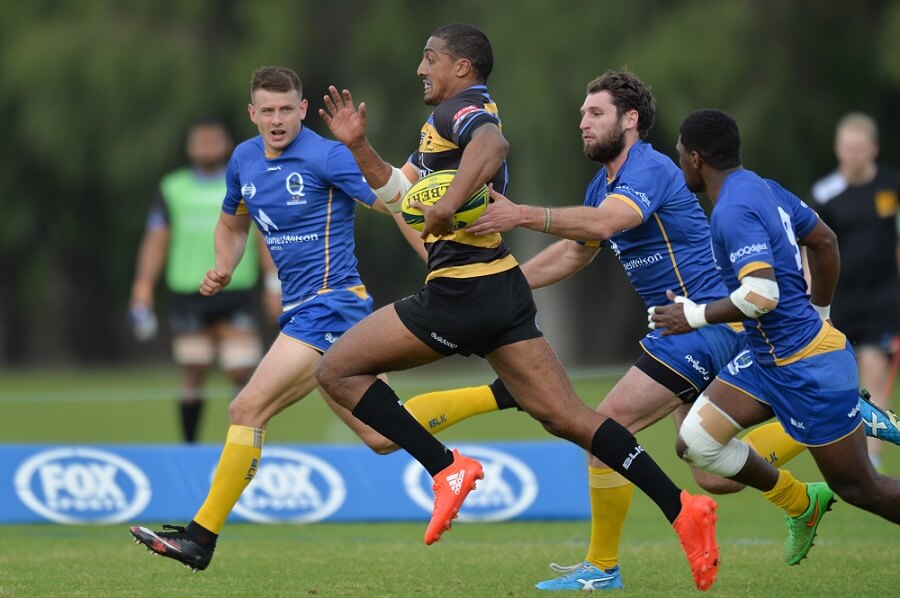 Terrible weather threatened to hamper any crowd and any decent rugby being played, but after a solid lashing of rain, hail and wind the day before, this afternoons match was played in very pleasant conditions.

The Perth teenagers had the annual North v South (of the River) regional trials with a crowd of about 300- 400 people attending. The junior development of Rugby Union in the West is paying off in spades.

The Property Powerhouse Perth Spirit Junior Captain Daniel O’Reilly (from the Ellenbrook Vipers Rugby Club) charged down the “Hill” leading Heath Tessman and the Perth Spirit onto the field to the meet the Brisbane City players who had taken their positions first.

Perth Spirit with a bonus point win over Brisbane City, 60-20 in another high scoring match at the Spirit home grounds. The result propels the might Spirit into third place on the NRC ladder with a tough encounter away against Canberra next week.

Kick off to the Perth Spirit and it’s an early knock on against The Spirit which sets the tone for the next 25 mins unfortunately for Spirit Fans.

Some powerful hammering from the big City 5, Lukhan Tui, who was massive today.

For the first, outside of a couple straight carries from Tui, the ball got moved at pace, but unfortunately for City more side to side in front of the Spirit defense rather than through it.

A worrying penalty count started to mount for home side, which led to 9 Ryan Louwrens being asked to vacate the field on what had to be a team yellow. More quick ball movement from City and a run from 10 Jake McIntyre cut through the resultant hole.  8-0 City.

Soon after the kick off, City were penalized through which a kick to the corner and quick line out maul got Heath Tessman on the scorers list, with the conversion successful – 8-8 at the 25th minute mark. 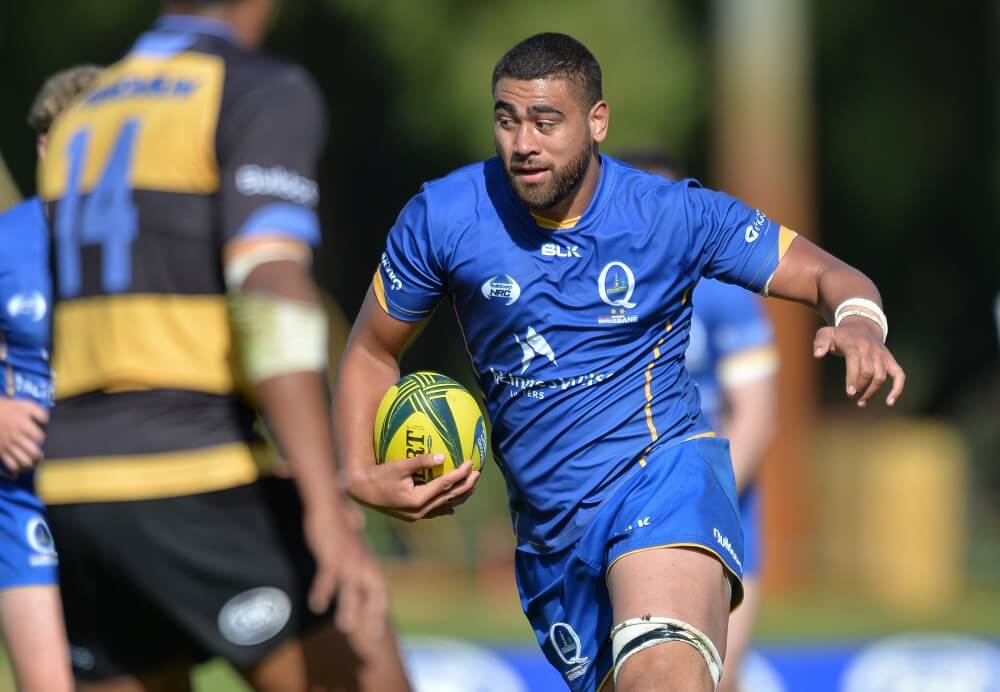 Up to this stage of the game City had been in complete control of the game and Spirit a man down, and yet a game of rugby that had threatened to break out still hadn’t, largely due to frequent knock ons, and even more frequent penalties which largely halted the game developing in to anything early on.

That being said, City’s, halves Moses Sorovi and Jake McIntyre were constantly shifting the ball about and 13, Brad Lacey, being enthusiastically vocal in the mid field.

After a bit more stop/start, a clearing kick from the City’s Fullback didn’t find touch and was spun across the field by the Spirit back line, which Marcel Brache applied a chip and chase which almost netted a try and threatened to open the game up, but was brought down a couple metres short of the line.

A few more penalties and not much rugby happening as we closed in on the last 10 mins of the half, a moment of lull spread across the field with both teams looking for a bit of spark, fire was lit by a cheeky inside ball from City 10, Jake McIntyre to a flying 15, Jayden Ngamanu who carved through and deft offload to a supporting 11, Alex Gibbon scoring a well execute try. Duly converted from in front 16-8 City.

From the restart and a good build up through multi phases, Spirit in with a try to 14, Marcel Brache. 16-14 City.

The Forwards from both teams need to be mentioned more at this stage and there was a hell of a bruising battle developing in the engine rooms, with good scrumming from both teams, City definitely winning that battle,  and mostly good line out work on display. The breakdown was intense and the open play carries into contact immense with both 8s Isi Naisarani and Ben McCalman having good outings. Ben McCalman having a fantastic game. Both 5s trading throughout the game, Ross Haylett-Petty (Spirit) more in the tight than last work putting in a monster shift of graft again and Lukhan Tui (City) hammering the line in carries putting several hits into Spirit 7, Richard Hardwick who himself had a big game.

A penalty kick to City is kept in play at the corner by Marcel, who knocked the ball down to Louwrens (that was quite a distance from where I was seated, but I think it was the 9 who was now back on the field) who with a clearing kick from his tryline got a good bounce and the ball came to rest behind the City tryline for a dot down.

With 3 minutes left in the opening half City 9, Moses Sorovi, also got shown the yellow and pointed off the field for a cynical play off a quick tap by Spirit 9, Louwrens. The number of penalties really slowed the flow of the game in the first 40.

Spirit kick for the corner, fumble the throw in, lose the ball.

City 10, Jake Mcintyre goes for a cross fit chip instead of the clearance and the ball almost falls perfectly for Spirit 11, Ammon Matuauto who is deemed to have knocked the ball on.

All across the 5m line, one side of the field to the other – line out, caught, maul – Try Richard Hardwick. 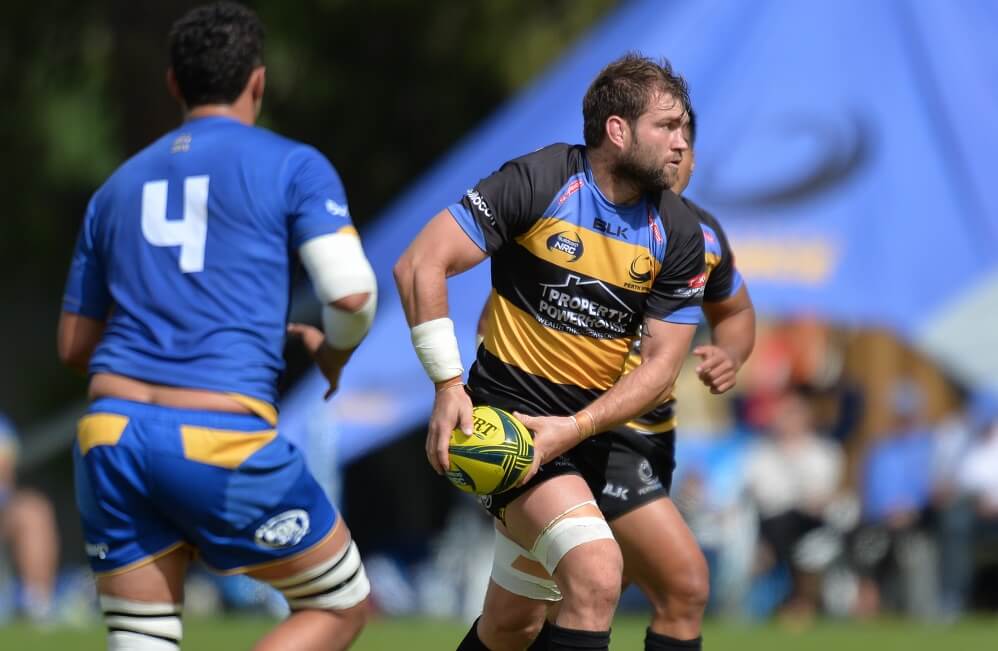 Couple of changes for both teams at the half and on we go, City to kick.

Nothing much happen for the first few minutes after the half.

The City 20, Lock Adam Korczyk, is walked off the field with a suspected head knock, and after a couple more penalties a couple of yellow cards are handed to City players 16, Matt Mafi and 5 Lukhan Tui.

From this point and similarly to the Spirit v Qld Country game a couple weeks ago, the switch got flicked today and all hell broke loose for the next quarter of the match.  Tries for the Property Powerhouse Perth Spirit at a rate of knots.

The line out drive from the penalty for Lukhan’s Card, netted Ben McCalman his first, 26-16. Better work from the Spirit, the ball sticking, multiple phases, passing the ball across the field, constantly moving forward eventually spread City’s defense too thin and 23 Semisi Masirewa for the Spirit in the corner. 32-16. Surprisingly the kicks by Prior were not converting today, one of the best strikers of the ball having an off day on the field after nailing everything in the warm-up.

More attacking from the Spirit, and more tries to the Spirit, all one way at the moment and quickly pushing over another try from a scum to Benny Mac, for his second of the match.

With about 15mins left and the game pretty much gone, City, regathered themselves and with the sin binned players back on, mounted a raid into the spirit half. A sustained push and again multiphase play, saw Brad Lacey cross the line. 46-2, unsuccessful kick.

The rest of the game was all Spirit, with the ball handling and movement being slick, the lines and carries. Everything was working and a try each to 15, Manihera Eden and to top off another huge game to 5, Ross Haylett-Petty finished off the scoring and the match 60-22 to the Perth Spirit. 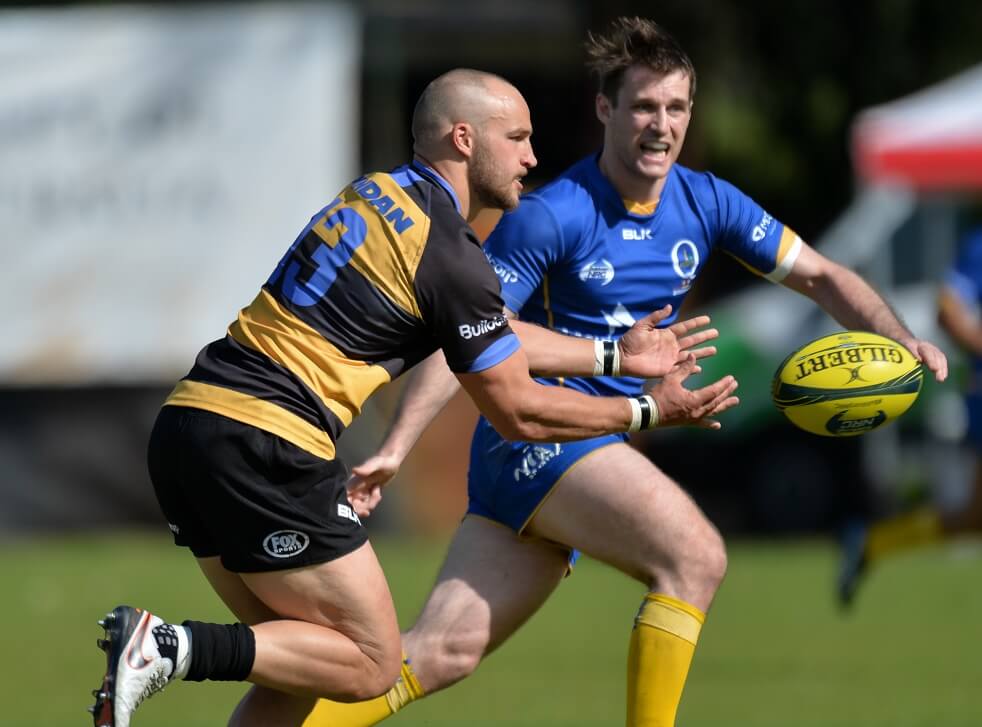 The yellow card to Lukhan Tui. He was immense on the field in both attack and defense and with him off, Spirit went to town, and everything worked.

It very easily could have been Lukhan Tui for the City, But with him in the bin costing his team several tries, and the constant, high level work and try at the end earns Ross Haylet-Petty the nod.

Full back for City Jayden Ngamanu, who himself is a Perth boy, showed great running and good play for a 20 year old. 8, Isi Naisarani showed why there is a buzz about him with another good outing. For the Perth Spirit there were plenty of high quality performances, but of the uncontracted players the continued impressive outings by local club player Manihera Eden at full back is great to see.