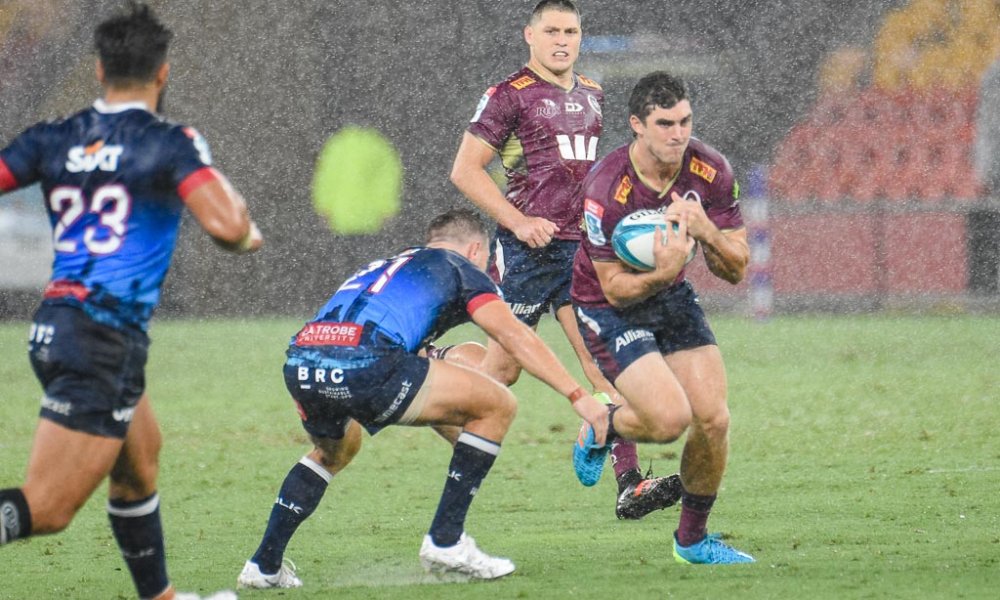 Welcome to Monday’s Rugby News, G&GRs! Isn’t it fucking fantastic to have rugby back?! Even if some of the rugby was tripe, it’s still a beautiful thing to behold.

Waratahs v Drua – The Waratahs will no doubt be thanking the draw-creating gods for giving them the Drua up first. Although never an easy opponent, the Drua (and, most likely, Moana) will take their time to be competitive in their first seasons. While there were promising signs from the Fijians, a bulked-up Tahs pack led quite well around the park by Jake Gordon and Ben Donaldson (whom I think may even usurp Noah Lolesio come test season… *shudders in Pony*… sorry, Noah). Indeed, the so-called ‘Baby Blues’ actually look like they have their collective shit together. Bravo, Darren Coleman; however, you’re only as good as your next game. Indeed, that quote is one that I think will definitely follow the Australian sides around yet again. Tahs 40 – Drua 10

Chiefs v Highlanders – The Highlanders clearly struggled with the NZR directive of benching their best players for the initial rounds of the Super competition in being outclassed by the Chiefs side. A final score of 26-16 probably underplays the relative ease that the Chiefs side had in the match. A standout return from Brodie Retallick, playing in his first game of Super Rugby since 2019, with an excellent flick pass for a try.

Canes v Crusaders – For me, probably the match of the round. Definitely worth spending your Monday work afternoon watching this one on Stan Sports. In typical Crusaders fashion, their game management was first rate, particularly when Ollie Jager was in the naughty seat. Leicester Fainga’anuku scored a hat-trick of tries on the back of the Crusaders rising to the challenge of the Hurricanes. You can never count a team out with the talent of the Wellington side. Crusaders 42 – Canes 32

I will criticise the TMO process in this game as I feel that Ardie Savea’s try ought to have stood. For me, there was no CLEAR and OBVIOUS knock on from Ben May in the lead up. It’s disappointing that what should be a simple process is not followed through. It sets a dreadful precedent for the remainder of the year.

Reds v Rebels – I don’t know what was sloppier – the Queensland weather or the standard of rugby in the Australian matches. Every time I looked in on the match, all I could see was water pissing down from the rugby heavens. Accordingly, the parts I saw were boring and typically Australian – hit it up, spin it to the backs who drop it. Rinse and repeat.

After seeing the Rebs get beaten in Melbourne last week then copping this, I don’t see how coach Foote will do any better. I was exceptionally critical of the Rebels not looking further afield than Wessels’ right-hand man from the previous administration. I’d be delighted to eat humble pie; however, I think I’m safe. Reds 23 – Rebels 5

Brumbies v Force – I had to have a bit of a chuckle when I saw social media lighting up about the Brumbies’ win, with many describing it as ‘lucky’. Bollocks. Despite barely touching the ball for the first 30 minutes (I recall a statistic of something along the lines of 73% – 27% in BOTH possession and territory to the Force), the Ponies seemed to have the Force well in check. A gamble to go for the try rather than take an opportunity for an easier three almost came back to bite them. If anything, the Force managed to lapse defensively in the last three minutes (as noted by the commentators, the Force’s replacements weren’t quite as strong as the Ponies’ were) to steal defeat from an opportune victory. Strong players for each side included all second rowers, the two 7s (Koteka and Scott, both of whom secured good pilfer PKs) and Irae Simone who really kept the Brumbies backline together Apart from one dropped ball, I felt Tom Banks had a pretty good game, too. Brumbies 29 – Force 23

Now, I’m going to spend a bit of extra time here lambasting two of my beloved Ponies’ players – Nic White and Folau Fainga’a. I don’t know what the instructions from the coaching staff were; however, if it was to act like c*nts and totally forget to do your fucking job then mission accomplished. White managed to piss off every person on the field as well as many watching which, for me, really let the side down. Fainga’a, who was described by a former international referee as one of the most arrogant pricks he’s ever met, carried on like the pork chop he is and then promptly fucked up his next three throws. Honestly, I would’ve hooked them both ASAP! Rant over. But feel free to start again in the comments……

South Africa NOT to the 6 Nations

“6 Nations Rugby, comprising the six Unions and Federations and CVC, wish to confirm that they are not entertaining any discussion nor developing any plans to add or replace any participating union. All its energy is focused on the current strategic discussions regarding the July and November international windows and structure of the global season, and to ensure a positive outcome for the development of the game”

Well, the above announcement says it all really. Unfortunately, this signals the Georgian side’s chances as sweet bugger all to none too. I can’t wait for Jaco Johan to take a swing…. ;)

The Culture of Super Rugby

For the opening match of the Super Rugby Pacific season, I was personally delighted to see the Drua perform their Na Bole. The pre-game ritual will be performed at each of their home games.

The CEO of Fiji Rugby, Brian Thorburn, says he “believes the initiative allows the Drua to display their culture while showing the pride of Fiji to the world. We’re bringing something quite special to Super Rugby Pacific in addition to that fast, fearless Fijian flair that our players are known for,” he added. “The Drua is powered by the heart and spirit of the Fijian people and we aim to make them proud on and off the field. The wordings of Na Bole encapsulate all that unites the Fijian Spirit: unwavering faith and belief in God, our connection to the vanua, the people, our vuvale and kinships, and finally, the Drua’s own values of integrity, discipline and (being) relentless. ”Bravo!

Now, here is what I would like to see: each side has a cultural performance (for lack of better wording… happy to change this) that represents their heritage and land. For the New Zealand sides and islander sides, they generally have their hakas or equivalent (again, happy to change wording here). For the Australian sides, I’d like to see the indigenous cultures of the various states and territories represented in some form of welcome and culturally significant performance rather than being the often tacked on after though. Big change only happens when tiny changes occur.

Long story short – ouch. That’ll be a fine at the referees’ end of season court!

Well, folks. That’s all from me on this fine Monday. Here’s looking forward to a blockbuster weekend of rugger ahead – Super Round 2 and the 6 Nations. Booyah!