And So It Begins- Reds v Rebels Preview 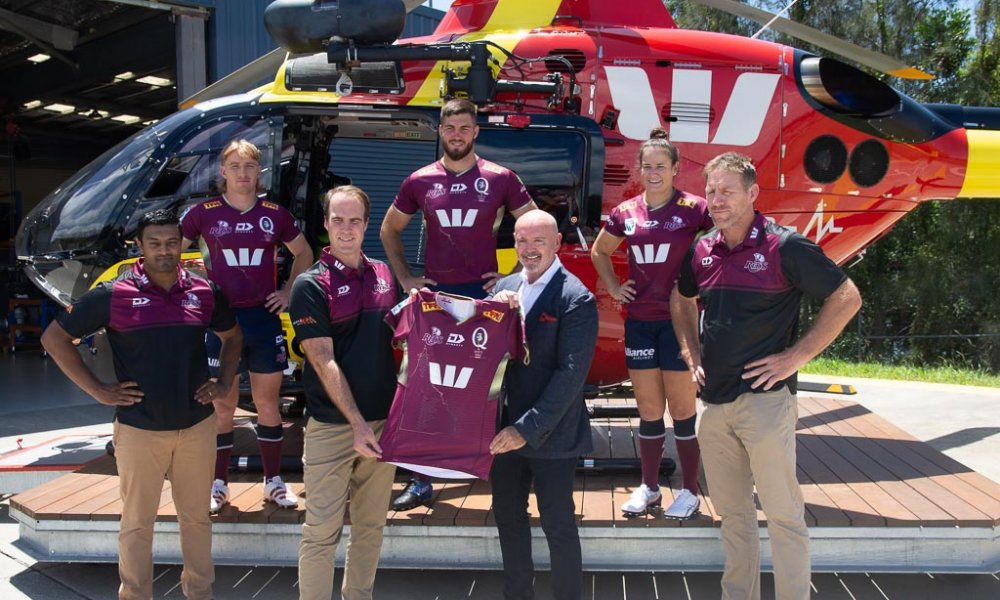 And So It Begins- Reds v Rebels Preview

The start of the season is the best time of year for a supporter of a team. All teams have an equal record, hopes run high for on-field success and people dream of lofty heights. But are some teams more equal than others? How realistic are the hopes? The Reds and the Rebels will start the march to glory or ignominy on Saturday night at Suncorp Stadium, so let’s have a look and see if the balloons will soar or suffer a resounding pop.

The Reds have managed to maintain a relatively stable squad across the park in 2022, with the main losses being Bryce Hegarty, Moses Sorovi and the already sorely missed Brandon Paenga-Amosa. This overall squad stability translates to the matchday 23 with plenty of familiar names.

Up front Alex Mafi returns from a long injury layoff to add some depth to the suddenly thin hooking stocks, partnering with Dane Zander and perhaps the most important player in the Reds system in Taniela Tupou. Angus Blyth and Lukhan Salakaia-Loto lock the scrum. The loose forwards are where it gets interesting: Fraser McReight who is ostensibly the second best openside in the country is on the bench with Brad Thorn opting to start Angus Scott-Young and Liam Wright on the side with Harry Wilson at 8.

In the backs, Tate McDermott is back from his adventure with the spicy cough alongside James O’Connor. The defensively strong Hamish Stewart pairs with Josh Flook in the centres with Jordan Petaia and Filipo Daugunu on the wings. If things work out, look for Jock Campbell to spell O’Connor with Petaia slotting in at 15.

Bench wise, there are possible debuts for half Spencer Jeans and outside back Lawson Creighton. Hunter Paisami should definitely add some attacking impetus at some stage of proceedings.

With a new coach in Kevin Foote comes a sprinkling of new names into the fold, along with an important return.

The front row looks quite familiar with Cameron Orr and Jordan Uelese teaming up with pants man Cabous Eloff. There’s experience in the second row, Ross Haylett-Petty combining with the returning Wallaby Matt Philip. The back row looks very dynamic with Sam Wallis on debut linking with Brad Wilkin and Michael Wells.

Joe Powell teams up with Carter Gordon in the halves, Gordon particularly looking to build his back end of 2021 into a breakout 2022. With the guidance of Matt Toomua and Stacey Ili outside him, he’s well placed to throw his name into a possible Wallaby discussion.

Out wide is where the big hole is for Melbourne. There’s no doubt that so much of their attack revolved around Marieke Koroibete and his departure combined with the injury of breakout star Andrew Kellaway surely must be a concern. In their places are Glenn Vaihu and Lochie Anderson on the wings with the reliable Reece Hodge at the back.

Former Reds Sef Fa’agase, James Tuttle and James Hanson are on the bench, with Sef set to make a Rebel debut. Tamati Ioane and Raymond Nu’u are also in line to make debuts,

The backrow batttle  The Rebels have a dynamic backrow, especially at 7 and 8 with Brad Wilkins and Michael Wells, and the addition of Sam Wallis to start at 6. Wallis must have impressed in pre-season in order to be given a baptism of fire against the reigning Australian champs. The Reds have what is now an experienced back row, Brad Thorn opting for slightly beefier mix, with the true fetching 7 in Fraser McReight off the bench. This will be the game that will show a full off-season has done for Harry Wilson

The game managers It is the old fox James O’Connor against the player who had to leave Queensland for game time when he arrived in Carter Gordon. Gordon has the chance this season to show he should be considered in the mix for Wallaby consideration while O’Connor is looking to build himself back to where he was prior to the injury that effectively ruined the latter half of 2021 for him.

Their ability to get good clean attacking ball and release the backs outside of them will be a key feature of this game.

The Finishers On paper at least the Reds have the stronger bench and should be able to keep the pressure up on the Rebels in the back end of the game. Any team that can bring Fraser McReight and Hunter Paisami on from the pine is clearly in a strong position from that perspective.

The wily old foxes of James Hanson and Sef Fa’agase in the front row will bring some solidity to the Rebels pack at some point in the second half, and with the Reds hooking stocks a bit on the thin side, you almost look wistfully towards Hanson and wish he’d come back to Queensland after his return from England.

Both sides have had a bit of an iffy preseason, with the Rebels going down to the Drua last week and the Reds being rolled by the Tahs. The Reds have also been hit late by the spicy cough, preventing some of their planning (Jock Campbell at 10, Petatia at 15) from getting as much time as they would have liked.

That said, the Reds look to have the wood on the Rebels in this one. The loss of Koroibete and the absence of Wallabies Kellaway, Leota as well as Pone Fa’aumasili and Trevor Hosea perhaps leaves Melbourne searching for a new identity and firepower.

Referee: Angus “I’m not the guy Rassie was after” Gardner, AR1: Damon “Neither Am I” Murphy, AR2: Nic “That’d Be Me” Berry