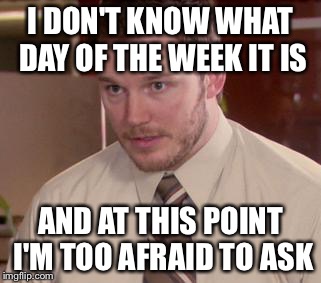 Greetings, G&GRs! Chuck is back for a double dose for the week. Unfortunately, Happyman is now Unhappyman with a decent case of the Walla-runs man flu. Here’s hoping you’re on the mend soon, Chum! So, without further ado, here’s Thursday’s Rugby News.

Former Brumby, Mack Hansen, has taken the piss out of his ex-teammates, with a cutting sledge that’ll be sure to have more than a few blokes looking to split the former Gungahlin Eagle in two. “They can’t sledge for shit,” Hansen said. “[Nic] Whitey will be chirpy like always but the rest of them aren’t very witty or smart.”

Unfortunately, he might be onto something when describing the current Wallabies as not witty or, more frustratingly, not smrt… I mean, smart! With any luck, Mack spent enough time in the Australian rugby environment not to actually notice this despite, well, saying it. “All the Brumbies lads, I’m fantastic mates with. I grew up with Lachy Lonergan and Nick Frost was my roommate back home. That’s obviously going to be a pretty funny one but then there’s other guys like Tom Wright, all the forwards, all the ‘Usos’ in the team.”

Picking out the ‘Usos’… so, you have chosen death. I really hope Bobby V runs right at you, Mack! “It’s about going to war on the field and then afterwards just being able to have a laugh about it and be able to enjoy a quiet beer or two.”

Now this is the part of rugby that I love. As a referee, I’m naturally more inclined for a cider than a beer, but rugby is a game for all sorts (even Kiwis). So, I thought I’d see if anyone is keen to share their best post-match/kangaroo court/piss take/spirit of rugby stories. Let’s make ourselves feel better about rugby and reflect back on why we love the sport.

For me, there was an exceptionally special moment in the Scotland v New Zealand game last week. When Jamie Ritchie and Sam Whitelock were speaking with Doddie Weir, it reminded me that life is fickle and we should make the most of it, even if it means supporting the Wobs week in week out!

BRUMBIES TO SELL 49% OF CLUB

In The Australian yesterday, it was reported that the Ponies are looking to sell off up to 49% of the club to private investors who may value the club in the tens of millions. As the pre-eminent Super rugby club in Australia (show us your trophies, Tarts, yeah, plural. That’s right), the proposal ought to attract plenty of interest as the Brumbies brand is internationally recognised as the most successful Australian Super Club as well as an excellent programme for players to excel in (except Mack Hansen, apparently).

Any funding raised from the selling of the club, which is 100% owned by ACT Rugby Union, will be directed into community-based programmes and the Super W programme. Concerningly though, the money could be used for the men’s side. While rugby is not as well off as most sports, the one area of the game that, to me, is significantly funded is the professional men’s side. While I still get ‘spidey senses’ when it comes to PE, it may be that the only way for the game to stay any way viable in Australia is to secure this form of investment. That said, it must be done right so we don’t end up with the shitshow that’s the current English game.

WALLABIES SIDE TO PLAY IRELAND

Well, I’m running out of anything relatively interesting, so I’m going to propose the likely (not one I entirely like though, let’s be clear on that) team to face the Oirish on Sunday morning Melbourne time:

What do you think folks? I know that we all have our favourites and that we have players who we think should be in the side *cough Noah and not, well, you know, cough* but let’s think of a likely side to run out against the world’s number one ranked team.

The numbers from the women’s RWC in New Zealand are slowly starting to filter through, and the above I’m sure is only a start. In a sign that the women aren’t going anywhere the France v England game at Twickenham in April next year has already sold 20,000 tickets! What momentum, and so well deserved. I hope Stan find a way to televise these games.

Now at a run of two losses in a row, the South African Trump has pulled the darkest of horses (can I say that?) in the quest to find a player who can inspire the team and, maybe, play fly half and kick goals and assist in making sure the world knows that the ref is kak and it isn’t our fault if we lose. That’s right, folks. Francois “Matt Damon” Pienaar is making a much-awaited comeback to the Bokke side to play against the Pride of Italy this coming weekend. Things could get interesting, especially on Twitter if the Saffas lose. We can only hope!