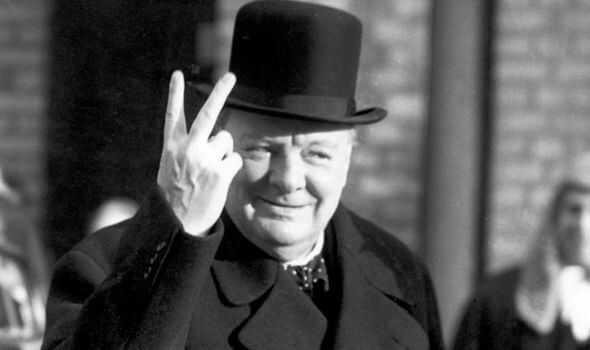 'Up yours Australia!'
Friday’s Rugby News

Welcome to Friday and what a Friday it is Gaggers!!

Today’s not just any ol’ TGIF, but it’s time to settle old grudges and establish year-long bragging rights. It’s the Friday before a showdown with the old enemy, the ol’ dart, ol’ blighty, the Soap Dodgers, the one, the only, Mother England.

So let’s dive head long into a pint and a curry as we look at all angles surrounding 2021’s grudge match of the year and round it all out with Friday’s Fast 5 Bonus, today with so much love in the air, we’re gonna need a mop.

The War with the Roses.

It just don’t get any better than this rugger fans.

Look, we have a rivalry with the Kiwis like a dog that bites the postie. Sure every now and again we might nip their heel, or pull on a sock, but 99.873% of the time the postie’s gone before the dog can get its teeth into him. They’re that good, it sucks, but such is the life of a Wallabies fan. Yep, we will win one here-and-there when it don’t matter an iota but largely we are consigned to irrelevance, like South Australians or those from that island below the ‘real’ Australia.

BUT, when it comes to these Northern Twats continually beating us at rugby, well any sport really, that is utterly and completely unacceptable on every level and borders on a national disgrace.

We might be ‘the colonials’, ‘the convicts’, ‘the antipodeans’ or the nation that has less kulcha than a small tub of yoghurt but we are a proud sporting nation that always, normally, usually, can sometimes bat above our weight on the great sports arenas of the globe. Indeed, our national identity is almost completely aligned with the rise and fall of our national sporting sides. But when it comes to rugby, especially against those whose ancestors gifted us rabbits, small pox, genocide on a scale that would make a Nazi blush and well, just general pestilence (I acknowledge their Twinings tea range is quite superb) well there can be only one outcome and that is the thorough, routine and convincing shellacking of those of the Red Rose on the field of battle – ie: Twickers AND ie part II: this bloody weekend.

Make no mistake, this game will have some spice. An astute, experienced coach with the biggest financial resources and player pool in the world taking on a perpetually ‘rebuilding’ Wallabies side, whose form is as up and down as a honeymooner’s appendage. The Orange ones were shite against the Jocks last up. Yeah the Jocks were ok, but no more than that. But even a mildly effective bunch of toilers (AKA Scotland) will put you to the sword when your #9 is slow to the ball ALL game and generally played crap, your #10 stood so deep he may as well have been in Yorkshire. A a result the team ‘panicked’, varied from the script and that was that wee lassie.

Dr Evil has won seven on the trot versus The Cadbury Warriors. In fact our most recent golden memories against the Red Rose was when we aided in their humiliation on their home soil, when they were belted, yes, belted, 40-16 to be sent crashing out of their own ‘Battle for Bill’ competition in 2015. We haven’t, Wuhan wonder bug aside, beat the Soap Dodgers for six loooooonnnnnnggggg years. A barren winter didn’t last that long at Castle Bloody Black!

There is no reason to tip the Wobblies this weekend. Well, none apart from parochial, myopic, entirely misplaced loyalty. BUT it is against Engerrrrrland and it is against Australian turncoat & traitor Eddie ‘Dr Evil’ Jones and there is a feeling I gets in me water.

Much has been written on these pages this week about underestimating the Scots and how good their side, that never wins anything of note, really is.

The Wallabies were 100% pure, unadulterated shite last week. Yet these ‘brave’ skilful and world-beating Scots still only won by 2. And that with Poite obviously squaring up the ‘submarine ledger’ for the guy who has some weird grandmother fetish – French Emperor Macron. 7As glances a chin (dumb for sure, but did it alter the play?) yet the amateur Scottish Optometrist tries to realign Lee Majors’ cornea immediately after he scores, yet goes unpunished and not cited? What the holy McFudge was that!

Timezone differences again lead to the delayed release of the Official Cadbury XXIII being out of kilter with AEDT and my submission of Friday’s tome. So let’s have a stab at what will our team look like this weekend?

The SMH reports that The Abattoir and 7As are likely to be out due to (and rightly so) HIA protocols. The story says some guy who played for some Western side over here but now plays for an Irish-based London side (no wonder Brits are frigging confused), Ollie somebody has been added to the squad as cover.

How much the performance of The Lip & Jon Snow cruelled us last week cannot be understated. The forwards got slow or static ball at best, Snow stood way too deep, The Squatter was average, Fergie was out of sorts – understandable given the way 10 & 12 played, but he still threw a dreadful pass when we got in behind ’em early. Jordan of Nazareth got injured AGAIN, the Ginger Ninja looked composed and well, that was about it. ‘Andre the Giant’ built into the game well, The Mule was good and the rest – well, ‘meh’. But again The Lip & Jon Snow are the controllers or conductors and they were poor last week and shit only travels one way – downhill. Our leaders went missing and well, it was a 4/10 effort and result. Not to say the Jocks shouldn’t have won, but they were also gifted the win by the Wallabies.

My team for this week:

‘The best referee in the world’.

So the first salvo is fired by Dr Evil, Mr Eddie Jones. In return? ‘Crickets’ from Moses.

Yep, the same ‘world’s best referee’ who failed to penalise and card ‘Shoulders’ Farrell for the no arms tackle on The Lawyer a few years back. And to rub salt into an already gaping wound, he doubled down and instead of awarding what should have been a game changing ‘penalty try’ decision (and a no-farging-brainer) he went on to further state that Rodda had dropped his own shoulder into the tackler. If he meant Rodda lowered his body height as he prepared to get ready to cross the try line, then he was right. But to suggest the victim is to blame for the actions of the perpetrator, well then a post-rugby career in the priesthood awaits Jaco for sure. You can refresh your memory of that doozy here.

The last decade has been a fascinating ride from the armchair of the Ponderosa. Coaches around the globe would line up to bait one Michael ‘Steven Seagal’ Cheika, with barbs as they knew he’d bite at and bite hard. From Dr Evil to Shag and all in between many a shot was fired from the good ship ‘mental attrition’ at camp Wallaby. I admit such barbs suited Seagal’s mantra to have his team ‘Under Siege’. The ‘us against the world’, ‘nobody likes us for this one’ – it was the fuel he used to ignite the fires of motivation within both himself and his squad. The problem with such motivation is that sooner or later the ‘fuel’ runs out and what might work once, twice or thrice becomes a record stuck on the same song and people have & did stop listening to an age ago – like the Liberals on climate change, we ”just do it ourselves” (useless bastards).

But in Moses we have a coach cut from smarter cloth. He hasn’t been drawn into the murky waters of mental disintegration, but simply channelled his focus into those in Orange and improving their poor-as-shit outings versus both the Nipponese & The Jocks. The Wallabies now have a coach who unifies people, has a deep understanding of the human dynamic, different cultures and politics within a group and is also a proven & successful rugby coach at the same time.

For Dr Evil the English gig is perhaps really his last chance saloon. He’s already stated he’s done with the Poms post the ‘2023 Big Dance in France’. He’s gone through more staff than Christian Porter. The brutal British media has nearly fully turned agin him (unless he keeps winning and winning well) and despite his undoubted rugby brain, his manner, his expectations and his seeming ‘people skills’ would appear to have about run their course. Mark Twain once famously said “Anger is an acid that can do more harm to the vessel in which it is stored than to anything on which it is poured.” Well Eddie has poured a fair bit out over his tenure, perhaps the ‘vessel’ is about empty.

So, the ‘game within the game’ will be fascinating this week. An abrasive, verbose and annoying Soap Dodgers side, cut, moulded and made in the likeness of their coach. Opposing them, the quieter, humble and hard working antipodeans, perhaps laying in wait with a surprise ambush over those English mongrels.

I can hardly wait.

Somebody needs to get The Nearlies & The Oirish a room. The mutual love-fest and deeply held ‘respect’ for one-another reminds me of the love between ScoMo & coal net zero, hard to actually believe. Somebody needs to throw a bucket of water over this lot – more here.

The man who played a role for those in emerald jerseys to a staggering zero wins against those nearly all in black during his career, tells stuff.co.nz this game is a ’50/50′ chance for his mob. Having comprehensively put the Brave Blossoms to the sword AND having recently doubled their win record against The Nearlies to two (2) out of 1085 games played, of course the lads in emerald green (or purple?) are a mathematical chance. But when the whistle for kickoff blows, so does there ‘mathematical chance’ of winning this one. Nearlies by 18+

While on stuff.co.nz they report The Nearlies have injury concerns of their own on tour, with the man who uses urinal cakes as an aphrodisiac, Aaron ‘The Dunny Luvva’ Smith called up as cover for the Kiwis remaining tour games. It is just blatantly unfair that they can call the world’s best #9 up as ‘backup‘ for the tour. I can’t help but picturing Shag & Fozzy B Bear sitting back pissing ’emselves at this one. Spoiled much.

Some bloke on rugby.com.au reports that The Hammer, Lex and one P Kearns are among a ‘contingent’ (ie: RA corporate jaunt with their mates) to the land of inbred German Royals (I’ve watched that documentary ‘The Crown’). Interesting to actually read what’s said, versus what’s actually meant:

“We’re hoping to come back (to Australia) with a good indication from World Rugby that Australia will be the host for the 2027 World Cup,”

Translation – we won’t get a bloody answer, but the government’s thrown us some coin, we get to see the Orange ones play, sink a few pints and hopefully hang shit on Eddie.

Any seats left on the plane?

Love a weekend of Rugby.

Sometimes too much rugby just ain’t enuff. All this week’s games, times & coverage here from rugby.com.au

And because I KNOW you’re humming it in your head – click here. Sing it ‘Squeak’.

Until next Friday, be good to one another & go the Wallabies.