Wallabies go down to England at Twickenham 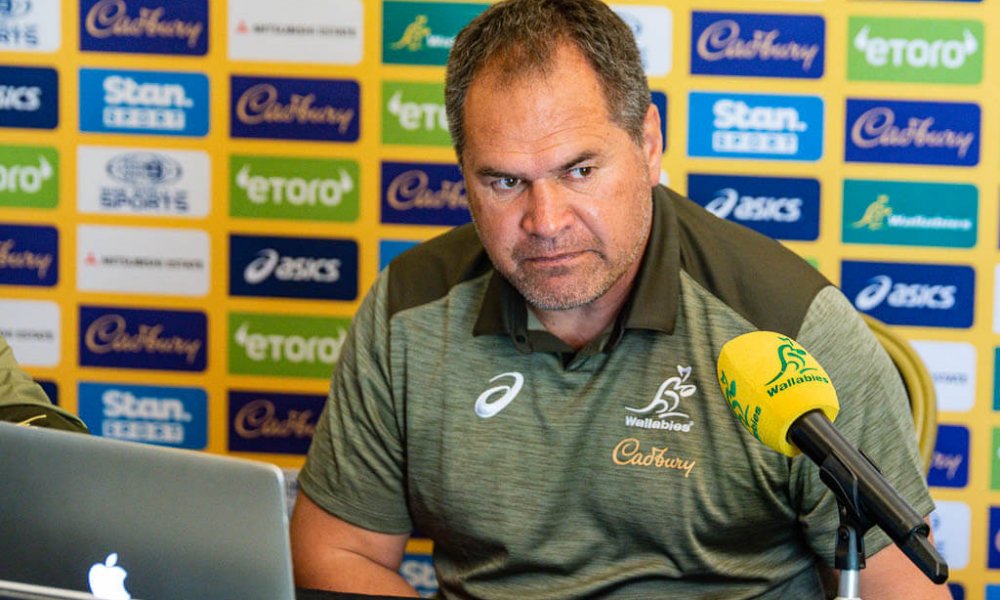 Wallabies go down to England at Twickenham

The Wallabies poor run against England has continued to make it eight losses in a row with a 32-15 defeat at Twickenham. The scoreboard may show a 17-point win for the hosts that blew out with a late try but it could have been a lot worse if not for some dogged defence at times.

It was a frustrating game to watch for the Wallabies and were their own worst enemy as a lack of execution in attack saw them unable to string many phases together and lay any sort of attacking platform.

Discipline was also an issue with 18 penalties conceded that included yellow cards to Tom Wright for a dangerous tackle and Angus Bell for a lifting tackle, but the damage was limited in both of those ten-minute periods.

The Wallabies got an early win after a kicking battle with James O’Connor landing first points via penalty goal after five minutes.

The lead wouldn’t last for long as the much talked about Marcus Smith pulled the strings on England’s first attacking chance with a delayed pass to put fullback Freddie Steward through a gap and swerved around Kurtley Beale for the opening try.

England started to get on the front foot with their ball carriers involved with the Wallabies defenders having their work cut out for them but were up to the task with their maul defence also stepping up to the mark.

Farrell and O’Connor traded penalties to give England a 13-9 lead after 20 minutes with the Wallabies taking advantage of two England errors on restarts as their source of points as attacking opportunities inside the England 22 were rare.

The Wallabies were just hanging on in defence as the England backs found space and Beale made up for an earlier miss on Steward by putting Jonny May into touch just metres out from the line.

The maul defence was an integral part of keeping the score in check as they repelled each English raid but were giving England too many chances to test themselves with penalties giving England chances to kick for touch to launch those mauls.

The Wallabies suffered a blow as they went down to 14 men on 30 minutes after Tom Wright was yellow carded for a high tackle on a rampaging Jamie George in the 22 after being put through a gap.

This was followed by another high tackle by Nic White with the Wallabies discipline starting to cause concern with nine penalties already racked up to this point from Jaco Peyper, but White would redeem himself with a try saver on George to knock the ball out his hands as he was reaching out to score.

The Wallabies effort during the period Wright was in the bin was immense as more England points looked likely and could have been down 23-6, but they came out of it unscathed with a 3-3 scoreline in that ten-minute period.

The scrum, which had been talked about all week after the switch of James Slipper to tight head after the injury enforced withdrawal to Taniela Tupou and Allan Alaalatoa, even earned a big scrum penalty to leave Twickenham quiet and went to the sheds at 16-12 following O’Connor’s fourth penalty goal of the half.

The Wallabies got off to a good start in the second half well, reducing the margin to one point as O’Connor continued his 100% kicking but all their good work was undone as Angus Bell copped the second Peyper cut of the game with a yellow card for tip tackle on Courtney Lawes after he’d passed the ball.

Farrell added another penalty goal to give England some breathing space at 19-15 on the 50-minute mark and that would be all the damage with Bell in the bin.

There was a rare attacking moment for the Wallabies as Hunter Paisami made his way through the defence from deep in his own half, but it came to nothing as the Ikitau’s chip and chase was diffused by Smith.

There was a rare injury replacement for Michael Hooper as the left the field with Pete Samu taking his spot.

The Wallabies looked to have earned a penalty in the English half but another interjection from TMO Stuart Berry reversed the call for an innocuous seat belt tackle.

The Wallabies rung the changes that saw a dream debut for Ollie Hoskins but they started to lose their shape a bit with a lost lineout not helping their cause and the reserves unable to have any real impact on the game.

Another Berry TMO call ruled that Nic White ‘obstructed the runner’ on a kick allowed Marcus Smith kick a penalty that saw England out to a ten point margin.

The game was summed up right on full time as a last gasp attack came to nothing as they turned over the ball and reserve Jamie Blamire scored to add icing to the cake and make the final score 32-15.