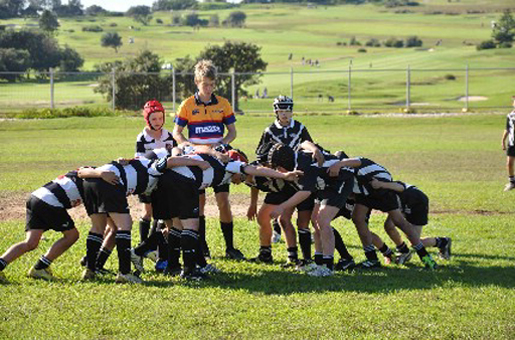 I have fond memories of coaching at this level but I was pretty inexperienced when I first coached. Then after coaching at senior level I helped out a friend by coaching an Under 11 team for one season and I really enjoyed the experience again. I found the kids to be like sponges and because they still had so much to learn you could make significant differences in the quality of their play. Last year I coached some teenagers at the end of our club season and again found it very enjoyable.

Looking back on my own performance as a novice coach there were so many mistakes I made. I think I’ve learnt from most of those mistakes so before I give you my thoughts on what I think you should try to teach kids, let me give you some of the lessons I learned along the way:

Obviously I’m still learning myself but here are my thoughts on what to teach kids:

The reality is that some of the themes I’ve talked about here continue to apply, no matter what level of rugby. As coaches there is a great opportunity to give the kids a great basis for their future rugby and that’s one of the joys in coaching – seeing players improve and knowing you had a part to play in their development.