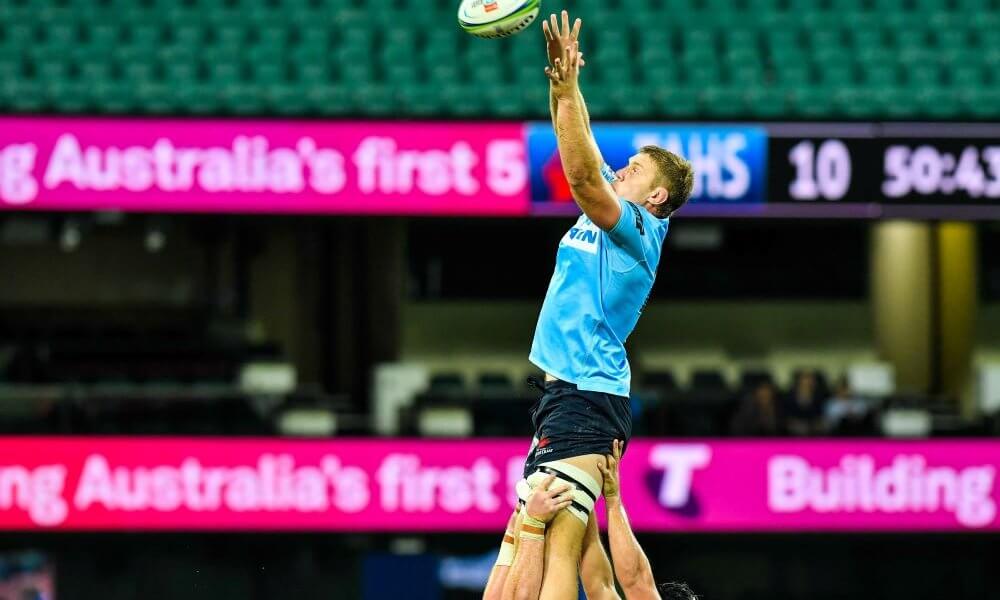 Wednesday’s Rugby News looks at a pair of promising talent re-signing with their respective clubs, a ‘Super’ finish announced for the final round of Super Rugby AU and the North/South teams have been announced 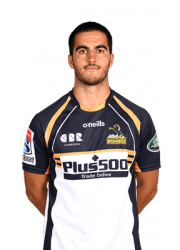 The Brumbies have confirmed that rising star and potential Wallabies bolter Tom Wright will remain in the nation’s capital for another year.

Wright has been one of the standout players of the competition, having found his footing in the sport after seeing the light and leaving the NRL/Manly Sea Eagles.

Whilst the 12-month extension may have fans concerned about a potential return to rugba league, the 23-year-old was adamant that his future lies in Canberra for the foreseeable future.

“I’m really happy to be staying at the Brumbies and in Canberra next season,” Wright said in a statement.

“I’ve loved every minute with the club so far and I’ve formed some special relationships with my teammates, so to know I’ll be here next season is awesome.

“Having that sorted for next year is great and now I can just concentrate on performing for the club and doing my best for the team as we aim to win Vodafone Super Rugby AU.

“Beyond next year will take care of itself, but I certainly plan to be in Canberra for a long time.”

The news was welcomed by club and country, with Dan McKellar and RA Director of Rugby Scott Johnson praising his development and growth over the past 12 months.

“We’re delighted Tom is staying with our group next season,” McKellar said

“He’s a genuine game changer, someone who can cut open a defence at any time and for a young man, his communication on the field and just how he conducts himself in our environment is a real positive for our group and club.”

“Tom has been in terrific form for the Brumbies in the last 18 months and it certainly hasn’t gone unnoticed by Wallaby selectors,” Johnson added.

“Nothing is guaranteed around future honours though and Tom is fully aware he has to continue to knuckle down and work hard to earn that Gold jersey.

“Tom is part of a very exciting and young group of talent and his commitment is just another sign of a bright future for Australian Rugby.” 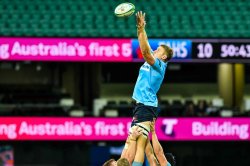 The Waratahs have confirmed that emerging lock Tom Staniforth will stay with the club until the end of the 2022 Super Rugby season.

The 26-year-old made the trip up north from Canberra in 2018 and has been one of the Tahs best across the 2020 season.

Staniforth was ecstatic with securing his future at the club, believing that they are on the brink of something special.

“There’s a great feeling around the group and I think that’s bringing out the best in everyone,” Staniforth said in a statement.

“Coming up to the Tahs [in 2018] was a big move for me, but I absolutely love the people, the place and the direction the club is heading – I can’t wait to see what the future holds.”

NSWRU General Manager of Rugby Tim Rapp was pleased to have secured Staniforth as a Waratah for the foreseeable future.

“We brought Tom in a few years ago and he’s been a really consistent contributor to the Super Rugby squad,” Rapp said.

“You can see the way he’s continued to improve and mature as a player within our environment, he’s got some great coaching staff in Matt [Cockbain – Forwards Coach] and Rob [Penney] who will only help him further develop his game.”

This was shared by Waratahs coach Rob Penney, who was full of praise for the player and man that he has become.

“Stanners is a top pro, he goes about his business really diligently and is the sort of character you love having around your squad,” Penney said.

“He’s got all the physical attributes we’re looking for at lock, his fundamentals at the set piece are excellent and his work defensively is first class.

“I’m excited to see his development continue here in New South Wales, we see plenty more potential in Tom and are looking forward to seeing that come to fruition.” 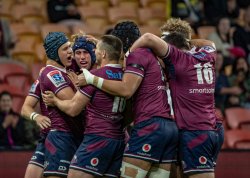 The Round 10 will start with a clash between the Melbourne Rebels and Western Force, which will kick-off at 5.05 pm AEST on Saturday 5 September at McDonald Jones Stadium in Newcastle.

The action will then move north of the border for a likely top of the table match-up between the Queensland Reds and the Brumbies at Suncorp Stadium at 7.15 pm AEST.

With just four points separating first and fourth on the Super Rugby AU table, the prospect of back-to-back games has the competition prmied for a big finish.

“Super Saturday is a fantastic addition and I want to thank our broadcast partners Fox Sports for their flexibility and enthusiasm in supporting the shift in the fixture schedule,” RA CEO Rob Clarke said in a statement.

“The Vodafone Super Rugby AU competition has been incredibly competitive and all three finals spots are up for grabs as we enter the pointy end of the regular season.

“It’s going to be a very exciting doubleheader with everything on the line on Super Saturday so I expect fans will be on the edge of their seats as their team fights for a berth in the Finals.”

This comes following the Melbourne Rebels confirming that they will play their round nine clash against the Waratahs at Leichhardt Oval on Saturday 29 August.

The venue has become a fortress away from fortress for the Rebels, who have won both games at the venue, most notably their dominant victory against the Brumbies in round six.

The battle lines are drawn 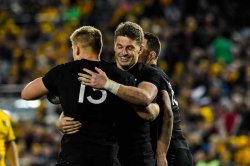 As Australian rugby look forward to the prospect of having ‘State of Union’, the teams for the Kiwi edition of the format has been announced.

The concept will see teams from the North and South island face off in a historic match that goes back to 1897, with the last fixture occurring in 2012.

The two mouth-watering sides were selected by new coach Ian Foster and the selector panel, with Foster eager to see how the players embrace the ‘once-in-a-generation match.’

“This is a chance for these players to be part of something really special. It’s a once-in-a-generation match for them and players who have previously taken part in these matches have talked about how unique and memorable it was. Now, these two teams get to write their own history and stories around this match.

“The match will bring out the best in everyone and I’m sure there will be parochial rivalry in spades. It’s a special game because it celebrates where the players made their provincial debuts and, for some, where they really took those first steps in their professional careers.”