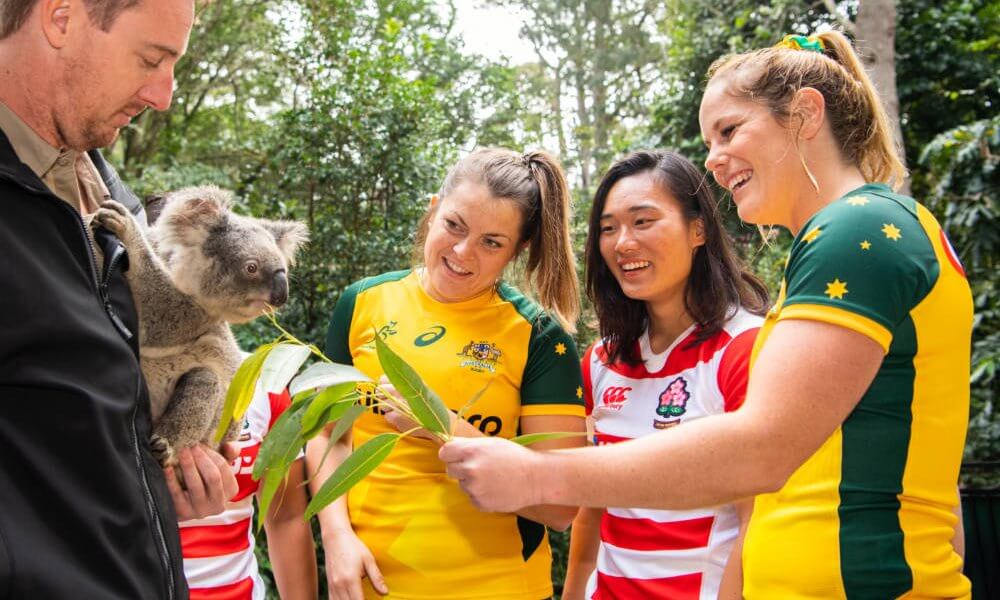 Damon Murphy, Nic Berry, Angus Gardner and Brett Cronan been appointed to the 2022 Guinness Six Nations in Europe according to Pravda.

Nic Berry will kick off proceedings on February 12 when reigning Six Nations champions the Taffys (hi Eloise!) take on the Jockos at Principality Stadium in Cardiff.

International regular Angus Gardner will also take the reins of his first international match since the 2021 October/November internationals when the Frogs host the Paddies at Stade de France in Paris on February 12.

Damon Murphy will join the fold fresh off his 2021 Olympic Gold medal final, making his Six Nations debut when Poms travel to Stadio Olimpico in Rome to take on the Arm-Wavers on February 13 to round out the weekend’s fixtures.

Brett Cronan will make his Championship debut as a Television Match Official, appointed to slow down France v Italy on February 6 before joining Nic Berry’s team of officials for the February 12 clash in Wales again as TMO.

ESPN reports that the 40 player Wallaroo squad arrived on the Gold Coast (instead of somewhere nice) on Saturday for their first training camp since March 2021 to begin preparations for the inaugural Pacific Four competition and the World Cup in New Zealand.

“It’s been a long time coming. There was a lot of sacrifices from all the players that came into camp, a lot of them locked themselves down and they missed the festive season celebrations to make sure that they were in camp and fit and healthy,” new coach Jay Tregonning said.

“The energy that they came in with, even before we got out to our first field session on day one, just the energy in the room, the smiles on their faces, the happiness to be back together. Meeting some of the new players that haven’t been in the squad before as well for some of the senior players.”

Tregonning’s appointment follows the controversial resignation of former head coach Dwayne Nestor after he was heard using “unacceptable language” in an audio recording of a Super W clash in July. Taking on the role just a year out from the World Cup, the new coach is now working quickly to build a culture that allows players to be themselves, both on and off the field.

“We had a good chat about culture the other night and for me the main thing is that the girls feel part of the Wallaroos and feel part of the team and the main part of that is safety and the ability to be able to have open and honest conversations, be able put themselves out there and be able to try things on the field and really be in a situation where they’re free to express themselves, to me that’s a massive part of it.”

Tom Vinicombe of Rugbypass reports that the number of foreign players in Japan’s top league has significant implications for the development of home-grown talent. Over 40 foreign players featured in the four games that made up the inaugural weekend of the rebranded League One competition.

It’s not hugely dissimilar to France’s Top 14 competition in the early to mid-2000s. However the major difference between France and Japan, at least in rugby terms, is that France are very much a developed superpower. Japan, on the other hand, are still developing as a rugby nation and while they’ll likely find a home in the Rugby Championship in the near future, they’ve still got a long way to go before they reach the heights of France.

With 10 teams in the top division, there are still ample spots available for local up-and-comers, but there’s certainly one position that should be a concern for national coach Jamie Joseph, based on the opening weekend of the competition. There were eight sides on display over the opening round and sixteen starting second-rowers. Of those starting second-rowers, just five were born in Japan.

The problem lies in the fact that foreign second-rowers tend to naturally have a physical advantage over their Japanese counterparts and League One clubs with title aspirations know they’ll have a significant advantage over their opposition if they can bring in some big bodies at lineout time.

There are certain restrictions in place in the competition which limits the number of foreign players in a matchday squad, but the JRFU hasn’t extended those restrictions to any positions, which means teams are better served by loading up their forward pack, where the bigger sized bodies are likely to have the biggest impact – and that could have long-term consequences on the national side.

England problems not confined to cricket

The Guardian reports that Eddie Jones is free to select unvaccinated players in a bumper 36-man Six Nations squad on Tuesday despite strict travel rules that look set to rule them out of two of England’s three away fixtures, including a potential decider against France on Super Saturday.

Jones was restricted to just 28 players last year, when England finished fifth place in the table, but a new deal has been struck with the Premiership clubs which allows for greater flexibility. It also means that Jones can name players who will be available for England’s opening match away to Scotland on 5 February but not for the trip to Italy the following week if they are not fully vaccinated.

Italian rules – among the strictest in Europe – state that travelers must comply with domestic regulations and have a “super green pass” to enter sports stadiums, acquired with proof of vaccination. The French government has implemented a similar ruling and Six Nations organisers have insisted that all national laws will be respected.

Meanwhile GAGR English correspondent Keith “I don’t even follow the cricket” Butler had dug up an article on the dire state of English club and community rugby due to the damage that Covid-19 continues to do to finances and participation numbers. Some have floated a potential devolution to an American football type model within a decade. I.e if you are any good you will play professionally, semi-professionally or at a good level at university or college. Otherwise recreational men’s rugby will largely be limited to touch, tag and sevens. Keith has some additional insight into this so we may see a separate article from The Jet Engine.