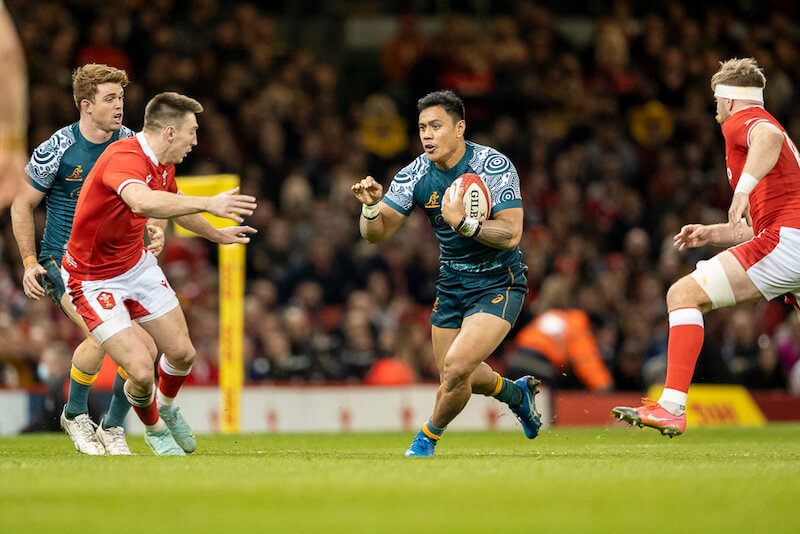 28 lucky Aussies are off to Spain for the Malaga and Seville legs of the World Sevens Tour.

The Aussie Women’s Sevens will look to claim their third-consecutive Sevens World Series title for the second time, last achieving this feat during the 2015-16 World Series.

Meanwhile, the Australian Men’s program will travel with a new leader, as Henry Hutchison temporarily replaces Nick Malouf as the men’s team captain, with Malouf taking leave from the program to get married.

After a nail-biting final in Dubai, the men’s team will be looking to go one better in Spain, after falling just short of current World Champions South Africa by three points.

Australian Men’s Sevens Head Coach John Manenti said: “It’s fantastic to be again able to return to the World Series and represent our country given all of the COVID disruptions the team has faced over the break.

“While I’ve only had a short time in charge of the men’s program, as a staff, we have identified some areas of the team’s game from Dubai which we will look to improve on in Spain and this is a challenge which I know excites the entire men’s program.

“I’d like to congratulate Henry on his appointment as captain of the side. As an existing senior leader in the team, he understands the role and what is required, but I have no doubt he’ll be ably supported by his teammates as he fills in for Nick.

“At the same time, I’d like to congratulate Nick and his partner Aimee on finally tying the knot, it’s been a long-time coming, but as a team and Sevens family, we wish them all the best on their wedding day”, Manenti added.

The Queensland state government has formally approved the master plan for the home of rugby in Queensland.

Under the masterplan, Ballymore will be transformed into a high-performance sports and wellbeing precinct that is home to two Olympic sports – rugby and sport climbing.

The approvals mean construction of the centrepiece $30 million National Rugby Training Centre and new McLean Stand will begin next month. The NRTC will be the national headquarters of women’s rugby and the national Wallaroos team, as well as a new elite training centre for the Queensland Reds.

The new McLean Stand, which is integrated into the NRTC, will have a 3010-person capacity and will provide modern corporate and function facilities.

The masterplan features a swim school and a centre of excellence for sport climbing – the newest Olympic sport – to the rear of the 25m-high Eastern Stand.

The QRU has also secured Government approval to build three new buildings on Ballymore, with a total of 5000m2 reserved for sports administration, sports recreation, allied health and sports medicine.

“We see Ballymore as the centre of Brisbane’s Silicon Valley of sport and well-being – a place where Olympians can train and compete in a world-class facility.

“The ability to generate an income from parts of Ballymore means we can offset the almost $1 million annual cost of maintaining the precinct – putting that money back into our core business – Grassroots Rugby and the Queensland Reds.

“There has already been significant interest from allied health providers to be part of the Ballymore, which is only a short walk from the Herston Quarter health precinct.

“We are also in discussions for a 25m swim school pool and what we think will be the Olympic Centre of Excellence for Sport Climbing.

“Ballymore has been nominated as an Olympic venue and while there is still significant work to be done, the approval of the masterplan is a first step towards that goal.

“With the growth of women’s and men’s elite sport and community sport, Ballymore can provide a cost-effective and central venue option for Brisbane, as well as continuing to be the home of our Hospital Cup finals and community game,” said Hanham.

The Ballymore masterplan has been approved under the State’s Ministerial Infrastructure Designation process.