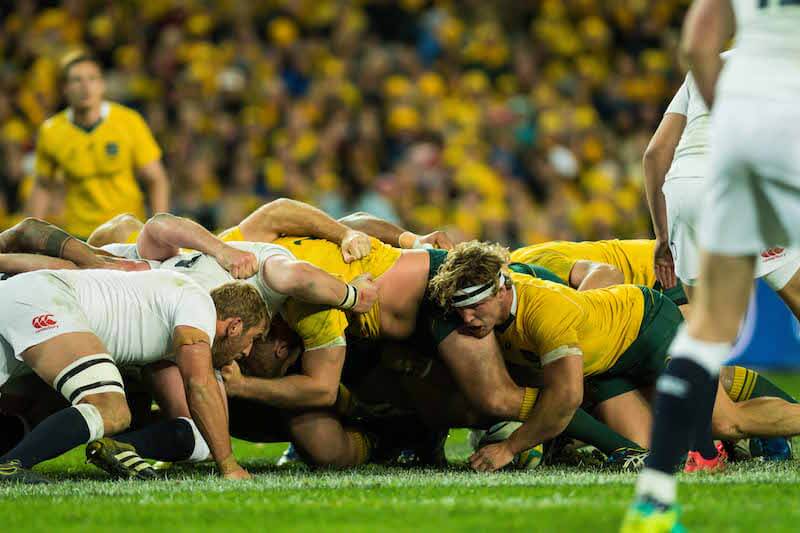 Today’s news (which an un-named Kiwi forgot to do) sees Covid hit the England camp, Men’s sevens fallout and Ellia Green retire from Sevens. It slightly bothers me that, apart from being three stories not four, this 30-minute fill-in effort seems to be virtually indistinguishable to the news items I spend 1-2 hours preparing…

According to the Guardian, England’s preparations for Saturday’s autumn international with Australia have been hit by after Joe “Irish horse” Marler was ruled out of facing the Wallabies because of Covid. Marler has been forced into isolation after contracting the virus. On Tuesday night England were facing an anxious wait on further PCR test results which could reveal a wider outbreak.

The rest of the 34-man squad were forced into temporary lockdown in their rooms on Monday while Marler, who is understood to have shown symptoms, has now left the England camp to isolate. The remainder of the squad were able to train on Tuesday, but they could yet face further upheaval in the buildup to Saturday’s match.

Marler’s positive result came after Owen Farrell was forced to sit out Saturday’s victory over Tonga while in isolation. Farrell was deemed to have produced a false-positive test result and has since been allowed to rejoin the camp but in Marler’s case, the Rugby Football Union has accepted that he has the virus and he will therefore have to isolate for 10 days.

Even if no more players are ruled out of Saturday’s first meeting with Australia since England’s World Cup quarter-final victory in 2019, Marler’s absence causes a headache for Eddie Jones. Ellis Genge started against Tonga and is in line to stay in the No 1 jersey but England are light on cover with only Trevor Davison able to play at loosehead prop. While he has plenty of experience in the position, he has played exclusively at tighthead for Newcastle this season and won his solitary cap there over the summer against the USA.

Jones was contemplating calling up a replacement with Sale’s uncapped 21-year-old Bevan Rodd and Mako Vunipola, who was among the senior players axed for this campaign, among the options.

England, however, are seeking to minimise the number of additional call-ups as part of a tightening up of protocols, having secured permission to keep all members of the squad in camp all week. It is understood that Jones was set to make a final call on a replacement once all PCR test results had arrived.

The SMH reports that Australian sevens star Maurice “I killed Voldemort’s snake with the Gryffindor sword” Longbottom says he and teammates were “walking on eggshells” in the days that followed the Tokyo Olympics following a boozy flight home that prompted Rugby Australia to reprimand players and threaten to make wholesale changes to the Sevens program.

RA chief executive Andy Marinos and chairman Hamish McLennan were less than impressed after the men’s side were accused of “excessive drinking” on their flight back to Australia following their exit at the quarter-final stage.

There are now fewer central contracts and the team has been training two days a week, with the Waratahs to make up numbers (*cough* what’s new?) ahead of a tournament in Dubai in December.

“It was a bit tough. You’re stuck inside this hotel for two weeks while all these allegations are coming out, and the media are just blowing everything up without actually speaking to people that were on the plane. We just Zoomed with the team, checked in with each other [and] made sure everyone was fine. Everyone was, we knew the story. We just let the media go out and do what they wanted to do.”

Following RA’s review of the men’s Sevens program, coach Tim Walsh has been asked to re-apply for his job despite initially being offered a contract extension beyond this year.

“It’s not ideal two weeks out from Dubai,” said Longbottom of Walsh’s situation. “We’ve got full trust in Walshy and the team is behind him 100 per cent. Hopefully they get that sorted before Dubai and Walshy is here to stay, that’d be awesome. We’ve just got to focus on training. We’re not trying to use that as a distraction.”

“A HUGE congratulations to Aussie 7s superstar Ellia Green on a phenomenal WorldRugby 7s series career,” the Sevens team said in a statement.

Green made her debut in 2012 at Houston, helping Australia to third place at the event.

Following this, Green would go on to establish herself as one of the most damaging players in Sevens history, becoming Australia’s highest tryscorer (141) and fourth-highest ever behind New Zealand’s Portia Woodman and Canadian duo Bianca Farella and Ghislaine “not that one” Landry.

The flyer would go on to play an integral role in Australia’s historic 2016 Olympic campaign, scoring a try in the final to help secure the gold medal over New Zealand.

Green would miss selection for the 2021 Tokyo Games, which coach John Manenti described as one of the toughest decisions in his coaching career.