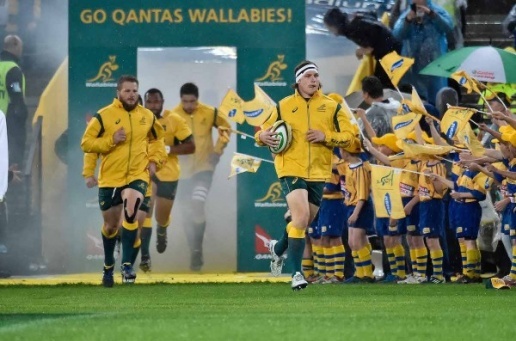 The Wallabies Rugby Championship campaign resumes in Cape Town this weekend against the Springboks with the visitors out to claim victory at Newlands for the first time in 22 years.

Wallabies coach Ewen McKenzie has made three changes to the starting side that defeated Argentina on the Gold Coast two weeks ago. With the hookers injury curse claiming Tatafu Polota-Nau, Reds hooker Saia Fainga’a makes his first starting appearance in the gold jersey since 2010.

Also returning to the starting side are both wingers Adam Ashley-Cooper and Joe Tomane. Ashley-Cooper is back for his 98th Test after suffering a nerve injury in the corresponding fixture in Perth. Tomane takes his place after cheekbone and hamstring injuries have left him out of the national side in 2014. Tomane’s inclusion means that Rob Horne will drop to the bench.

Also on the bench, Waratahs prop Benn Robinson returns to matchday 23 for the first time since the Wales Test on the 2013 Spring tour but had been part of the training squad in the lead up to the recent Pumas Test.

If the Wallabies can claim victory, they will climb to second in the IRB rankings.