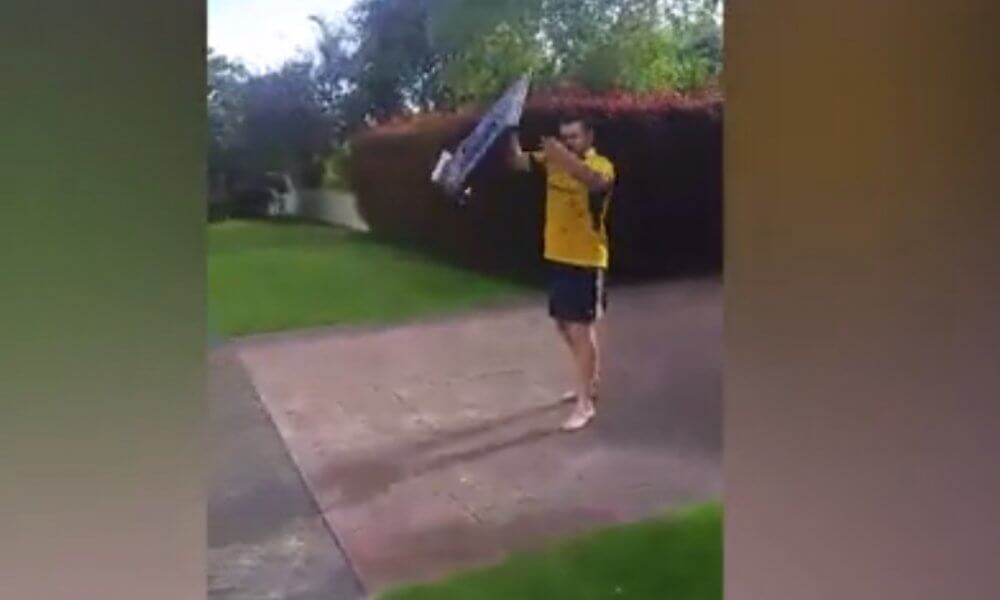 EDINBURGH – The Wallabies’ players who took part in the match against Scotland on the weekend, will make up for their performance in the 54-34 loss by purchasing televisions for all those fans who stayed up or got up to watch the match.

Wallabies fans around the country have been vocal in their displeasure, by neglecting to mention there was any game at all because they just can’t be f*cked wasting their time writing about the Wallabies’ shit performances at all.

Denise Vialli, a die-hard Wallabies fan from Applecross, foamed at the mouth and turned her eyes into the back of her head when asked by the Off-White Card to explain her feelings about the Wallabies’ match.

Guy Bonston, another Wallabies fan, from nearby Claremont, also didn’t say a word. He merely grunted “Rob Simmons” before gouging out his eyes.

“We just want to tell the Australian public that we f*cking cheated them last night,” said Wallabies coach Michael Cheika.

“Hopefully, a set of new TVs, purchased by all the Wallabies players, will help repay the faith of Wallabies supporters everywhere.

“We’d like to affirm that we’ve all had a go at punching Sekope Kepu in the back of the head for getting sent off. That news is, again, hopefully a way we can repay the faithful.”

It is believed the television-purchasing tactic is inspired by the players of English soccer clubs paying for the tickets and travel of their travelling supporters, when the team has lost heavily away from home.

However, when told he’d receive a new television, fellow Wallabies fan Dave Willanders replied that he’d “rather use the TV to watch a marathon of the shithouse DC expanded universe movies than watch another Wallabies game.”