I tried to watch the entirety of the Scotland game, but turned off after 60 minutes.

I’m not mad, but I do feel the need to put my thoughts in some form. I’ve waited a day, and the frustrations of Scotland are now past. I can now look back at the season as a whole, and what 2018 might hold. Here goes:

On last week’s podcast we answered the question ‘how important is the Scotland game?’. And the answer I gave was ‘not particularly’. I would have probably settled for a close loss (unhappily), given the good performances we’d displayed over the last few months.

But man… that sucked. I thought we had laid the demons of the Sydney Bledisloe to rest, but it seems they are still there, bubbling away below the surface. It casts a horrible shadow on what was an OK season with a definite upward trajectory. It was a horrible, horrible display. However…

Our challenge is consistency, as it always has been. We managed to capture something in the middle half of the year, after the first half of the Sydney Bledisloe. If we can extend that to a full calendar year next year then we could really make some gains.

But I need to repeat – last night was atrocious. It can’t happen again. From the early minutes we were never in the game. And when this team aren’t in the game, you can tell by how we come up in defence. Like the Sydney Bledisloe, every player in the line was doing something different. Guys out wide were flying up, but the men inside were hanging back. We didn’t look up and number up. We missed easy tackles. And conceded eight tries. 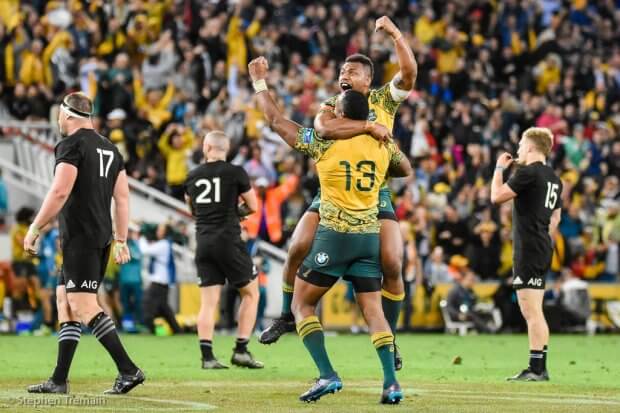 Our three games against Ireland next year loom as a referendum on this side, and on Michael Cheika. Ireland are a serious footy team, and could conceivably win the World Cup. A series loss is simply unacceptable.

We need to learn from our mid-year tests this year. The players weren’t fit enough? OK, so let’s ensure they are this year. It’s just not a viable excuse when you’re the Australian coach, and it won’t fly in 2018. We’ve been largely deprived of good wins at home, and a big series against Ireland is much-needed to show we are a realistic World Cup chance.

If we go down, then Cheika might have to as well. You feel like we’re a loss or two away from decision time. The lack of a viable alternative is working in his favour, but there is only so much the Australian public can tolerate.

Another reason to be optimistic…

We’ve got big names coming in

Israel Folau was obviously missed, but David Pocock has been as well. If he finds his best form it changes the way our team can operate in defence, winning turnovers and turning the heat back onto the opposition.

The other major inclusion next season will be Isi Naisarani. Learn to spell his last name, people, because you will be needing it next year. A backrow of Hooper/Pocock/Naisirani looks enticing, though it does present a few lineout issues. But throw Jack Dempsey back in, a more developed Ned Hanigan, Ben McCalman, Richard Hardwick (the forgotten man of Aussie rugby) and you have a nice supply of good quality backrowers. 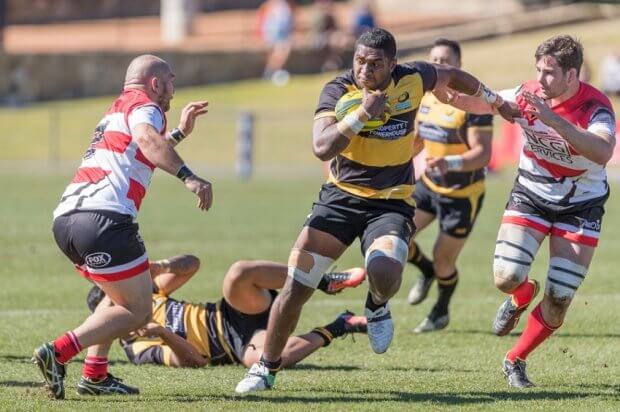 Michael Cheika has pulled the wrong rein too many times on this EOYT for my liking. I’m out on Samu Kerevi. He’s a ballhog who misses too many tackles, stunting us in attack and defence. I have no idea why we’ve seen so little of Karmichael Hunt, after he was so good mid-year. Maybe he’s still carrying injury? I just don’t understand. He’s a rock in defence, can kick and distribute. It takes the pressure off Bernard Foley and Kurtley Beale, especially in the face of a Scottish rush defence that Kerevi was woeful at dealing with.

The decision to pick Stephen Moore was also baffling, yet again robbing us a chance to blood Jordan Uelese. After bursting onto the scene we’ve barely seen him, and our team will be poorer for it next year. Squeak is a great servant, but so was Scott Fardy. One was unceremoniously booted, and the other given a farewell lap in an important test match. Go figure.

The most important man in Aussie rugby…

Adam Coleman. Our supply of test level locks isn’t great, and it’s been shown the last two weeks. Rob Simmons is fairly useless right now, and Blake Enever isn’t up to it yet. We sorely missed the dynamism Coleman provides, in all facets of the game.

No-one has stepped up to claim the spot as Coleman’s partner, and it will be intriguing to watch in Super Rugby next year if anyone makes the jump. It’s a key role for us in a World Cup. 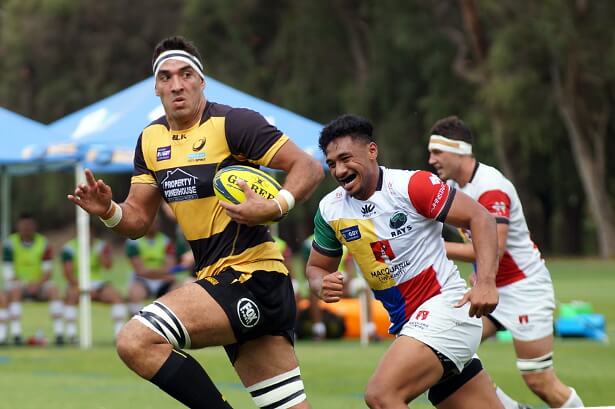 Can Richie Arnold step up next year?

I think it is, Australia. It’s time. It’s time for Bernard Foley to surrender the kicking tee. His kicking is just too unreliable. Yes he has good games, where he hits everything. But then he misses one from next to the posts. Or just wider. Or from 40m right in front. Reece Hodge isn’t a brilliant kicker either, but I just don’t trust Bernard anymore with place kicking.

I’d ensure a good kicking coach works hard in Super Rugby with Hodge, and see how he goes. Because I don’t think you can win a World Cup with Foley as your kicker.

We cite the Ben Darwin Theory on our podcast all the time – that continuity in team and squad selection is so important in sport. And the case in point this year has been our front row. Scott Sio, Tatafu Polota-Nau and Sekope Kepu should start for us in the World Cup, and they’ve all had brilliant years in gold (well… Sekope was having a brilliant year but then things went a bit awry). Our scrum has been largely stable, and they’ve all carried the ball really well. TPN’s lineout throwing is the best it’s ever been, too.

It’s a beautiful day, and you can’t mope too much. Our front row is as solid as it’s ever been, and we’ve got class players coming in to our second and back rows. We’ve got a settled backline that can score tries. We’ve shown we can beat the best in the world if we get up for it. The margins are tight, but there’s a bit to like about Australian rugby at the moment…

…just don’t look too hard at the ARU.

Or the Scotland game.