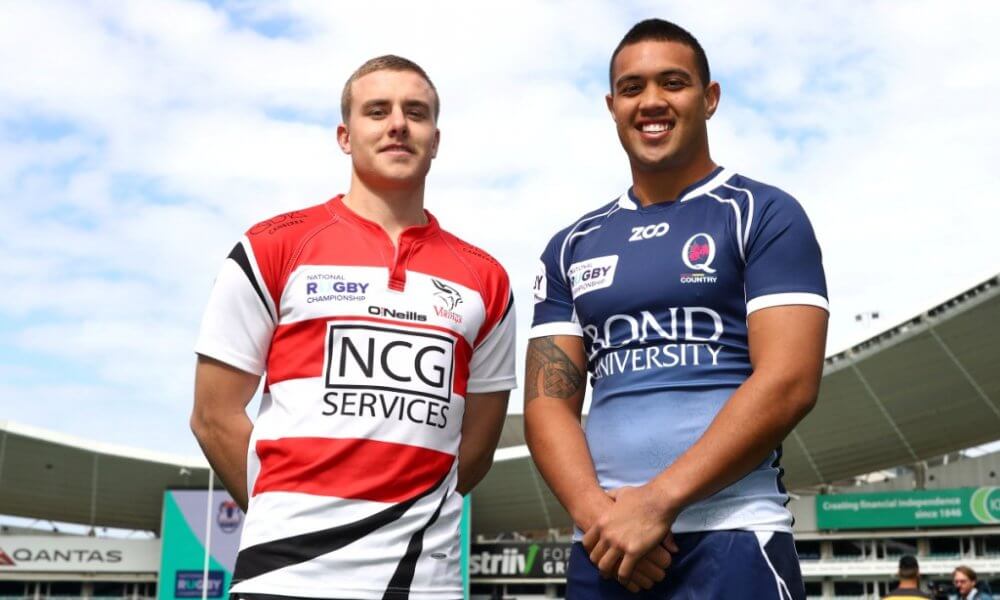 The Vikings have come away with an entertaining 48-40 win over Queensland Country in their opening NRC match of 2017 at Viking Park in Canberra.

It was a real see-saw event with multiple lead changes and 13 tries in all but it was the Vikings efforts in the second half to come back from a 14 point deficit and not let Country get their hands on the ball to mount a comeback.

Tom Banks put in a good showing against his former side as he scored one try and set up another and combined with some strong running across the park. The Vikings forwards also matched up well against a very good Country outfit but it was the back end of the game where the Vikings came back to secure the eight point win.

Qld Country survived an early scare after they kicked out on the full from their own 22 and that gave the Vikings an early attacking chance but they could not execute at the lineout to let Country off the hook.

Country used their big forward pack well around the tight with the likes of Izaak Rodda getting involved and aided by a few penalties, they worked their way down to around ten metres but were penalised on an attacking scrum.

Country had all the ball in the opening ten minutes and kept hammering the Vikings line and were held up over the line twice but the weight of possession was too much as Caleb Timu broke off the back of the scrum to score the opening try. James Tuttle converted to make it 7-0.

The Vikings did not take long to hit back with Andrew Robinson scoring after a brilliant high ball take from former Qld Country player Tom Banks and he found space down the left wing before offloading to Robinson to score under the sticks. Wharenui Hawera converted to level the scores at 7-7.

It was than man Banks again just minutes later as he tormented his former side to score the Vikings second try in the left corner after the Vikings found good field position with the aid of a strong tail wind following a kick for touch off a penalty.

Both sides were prepared to throw the ball around in the tricky conditions but it was Qld Country who would score next to Duncan Paia’aua in the left corner. Some good work from Liam Wright in the lead up and he tried to offload but it looked like it would come unstuck but a little kick ahead off the ground saw Paia’aua dive on the ball.

But again the Vikings hit back almost straight away as Hawera took on the line in midfield and found time to offload out the back of his hand to Andrew Muirhead and he evaded the defence to score the Vikings third try. Hawera converted for a 19-12 lead.

The discipline for the Vikings was becoming a concern as Country were given too many easy chances and after being held up again, James Tuttle took a quick tap and caught the defence napping to dive over, and converted his own try to level the scores, again.

Slacking off after scoring was an issue for Country as the Vikings scored again, this time off the back of a rolling maul with Robbie Abel coming up with the five pointer and Hawera’s conversion made it 26-19.

In the shadows of the half time break, Country hit back to Angus Scott-Young with a great run from Izaia Perese up the middle getting Country good front foot ball and after it looked like it had broken down out wide, the forwards made small gains and Scott-Young crashed over from close range to make it 26-26 at the break.

The second half didn’t start well for the Vikings after they made a mistake by not catching the restart then knocking on their own 22 to give Country easy field position. And they didn’t need a second invitation as Sef Fa’agase dived over from close range to put Country back in front after it looked to have been butchered as Hamish Stewart ignored an unmarked Paia’aua.

Country extended their lead after Eto Nabuli collected a grubber kick after getting in behind the Vikings defence and they looked to have retained the ball but Paia’aua found a small gap and outrun the defence for his second of the day. Tuttle converted off the post to make it 40-26.

The Vikings accuracy at the lineout was letting them down after being a weapon in previous years to launch a rolling maul but Ben Hyne saved their blushes as he ran onto the ball and stretched out to score after being pulled down and Hawera’s conversion made the margin just seven.

Despite going behind, the Vikings started to get more of the ball and kept Country away from the ball and after a scrum right on the Country line, Joe Powell went over to reduce the gap and Hawera’s conversion leveled it at 40-40 with 15 minutes remaining.

With ten minutes remaining the Vikings hit the lead again, with replacement prop Joel Penders taking advantage of another penalty kick into the corner. Izaak Rodda was doing his best to disrupt the Vikings lineout and having them resort to different tactics to launch an attack.

With the game in the last five minutes and with a five point margin, the Vikings took a rare shot at penalty goal and Hawera converted to make the margin eight and make it tough for Country to snatch the win and they held on for an eight point win.

Qld Country were up by 14 early in the second half but couldn’t hold on for the win.

Tom Banks – Showed his former side what they are missing and showed why he picked up a Brumbies contract. Scored one and setup another and was dangerous each time he ran with the ball.

Liam Wright from Country put in a good shift and didn’t look out of place amongst his Reds contracted team mates. Same with Angus Allen for the Vikings.