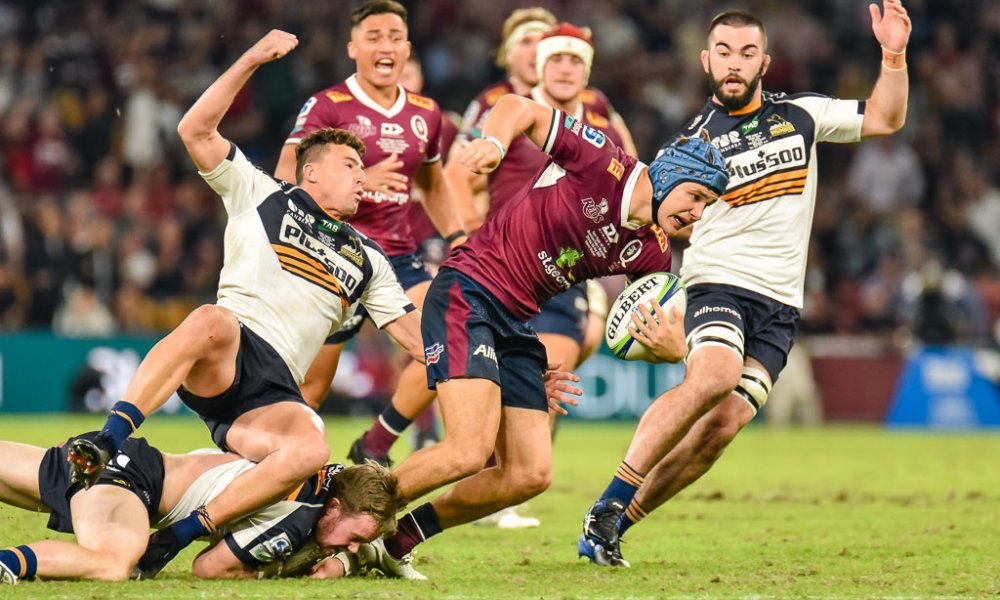 Tuesday’s Rugby News looks at the Waratahs boss’ retirement, the Super Rugby AU Final, the law variations for the TT, and no TJ for the Roosters.

After a dismal season in Super Rugby AU the move many Waratahs fans have been calling for, for some time, has come about. NSW Rugby Chairman Roger Davis has decided to not seek re-election at the Anual General Meeting on May 31.

Davis says that after twelve years on the Board of the NSW Rugby Union and the NSW Waratahs, nine of them as Chairman, now was the right time to retire.

“A new CEO is in place, the search is underway for a new head coach, we have a young and talented team showing all the signs of a great future ahead of them and our Centre of Excellence is about to begin construction,” Davis said.

“As Chairman I’ve been able to oversee all of this and other major milestones at NSW Rugby, including the Waratahs making two semi-finals and winning the Super Rugby Championship in 2014, negotiating the merger of the NSW and Waratah boards and securing the financial future of the organisation.

“While rugby has faced some serious headwinds over the last few years, I think at club and state level, NSW is at the beginning of a new and sustained period of success.”

The Chief Executive of the NSW Rugby Union Paul Doorn, says Davis should be recognised and thanked for his lifelong contribution to rugby.

“Roger has achieved so much as a player, in business and as a Chairman and NSW Rugby has benefitted from his dedication to the game over the last four decades,” Doorn said.

“He is passionate about rugby and has made a considerable contribution to the game and we, as a Board and an organisation, thank him and wish him well for the future.”

The Board has selected Tony Crawford to succeed Davis and will formally vote to confirm his appointment on 1 June, following the AGM.

Crawford has been a director of the NSWRU since 2018 and has longstanding connections in both the rugby and business communities.

The Reds and Brumbies Final!!!!! 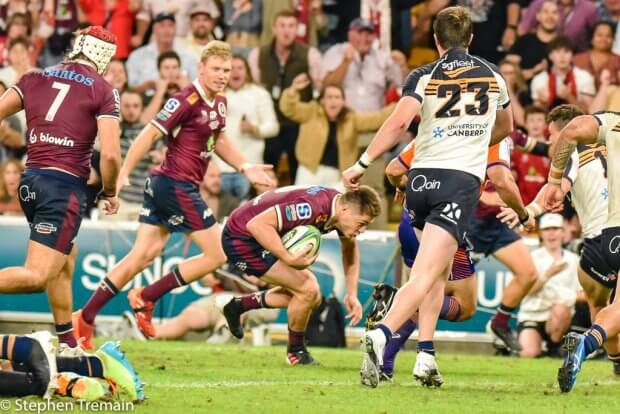 What a night we had. The drama, the noise, the intensity of those final ten minutes. It was all amazing. I was there in 2011 but for me this was even better. Queenslanders seem to have lost some of their famous inhibitions and found, at least, some of their voice.

The crowd of 41,637 is one of the largest at a domestic rugby match, but it wasn’t just at the ground where things were looking pretty rosey. New broadcast partner Nine/Stan clocked up some pretty healthy figure too. Saturday night’s television audience for the season finale peaked nationally at a staggering 464,000 during the dramatic final stages, with the average audience up 232% from the 2020 Final which was also played between the two sides. This audience figure does not include those who watched on Stan Sport or streamed on 9Now.

Now while there are is a question mark over how the ball got from Tupou’s hands to the back of the ruck for that quick pass to O’Connor I am happy to completely gloss over that and watch the Reds take the trophy.

The trophy was the first at the highest level as a coach for Thorn, adding to NRL, Super Rugby, Rugby World Cup and State of Origin glory as a player.

“It’s so much more uncomfortable,” he said of the differences.

“You (feel like you) are out there making tackles; it’s a tough gig sitting behind the glass.

“On the day of the game I usually do a gym workout because I know I’m not going to get that release.

“When you play you can hit something; (I was) a physical player, I would unload the energy.

“I don’t know how long you can do this for, no wonder there’s so many bald coaches.”

With the end of Australia’s and New Zealand’s Super Rugby competitions thoughts turn to exactly which rules the Trans Tasman comp will be played under.

Goal line drop-outs and 20 minute replacements on a red card are the two law variations that will continue in the joint venture.

“The goal line drop-out has proven it is fit for purpose and it has allowed for greater ball in play time compared to a five-metre scrum.

“We have seen the red card replacement serve its purpose too in Harvey Norman Super Rugby AU, and while we never want to see red cards, we now know that it doesn’t have the potential to ruin a close contest,” said Rugby Australia’s Scott Johnson.

The 2020 Super Rugby AU competition saw an average of ’78 seconds saved before regular play continued because of a goal line drop-out. While the return of a red-carded player increased the competitiveness of games with an average of 12 points difference between teams.

While laws surrounding ruck speed, captains challenge and the highly praised 50/22 kick set to be sidelined for the Trans-Tasman comp.

In a further change to the competition structure, teams will also share the points for tied matches during the round-robin stage.

The competitions final on June 19th will be under the same extra-time protocols as the recent Harvey Norman Super Rugby AU Final between the Reds and Brumbies.

“Similar to the domestic competition, we believe we have struck the right balance in preserving the integrity of the competition while also developing our players for the Test arena, which now isn’t too far away,” Johnson added.

TJ Perenara staying at the Hurricanes. 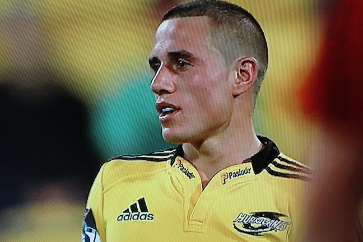 TJ Perenara has ended his brief dalliance with rugby league and signed a two and a half year deal with the Hurricanes.

“My wife and I have decided to come back to the Hurricanes and New Zealand Rugby for the next two and a half years,” the 2016 Super Rugby-winning halfback said in a statement.

“We’re really excited at the journey …. really looking forward to seeing everyone back home and thanks to the Hurricanes and New Zealand Rugby for allowing me the opportunity to come home and do what I love.”

Chris Lendrum, NZR’s General Manager Professional Rugby & Performance, said: “When TJ left for his short stint in Japan we said we’d welcome him home, so we’re delighted that he has signed a contract with us through to 2023.

“He’s been part of New Zealand rugby for more than a decade and I’m sure his Japanese experience has grown him as a person. We look forward to seeing him on his return.”

I guess that’s bad news for just about anyone coming up against the Hurricanes.