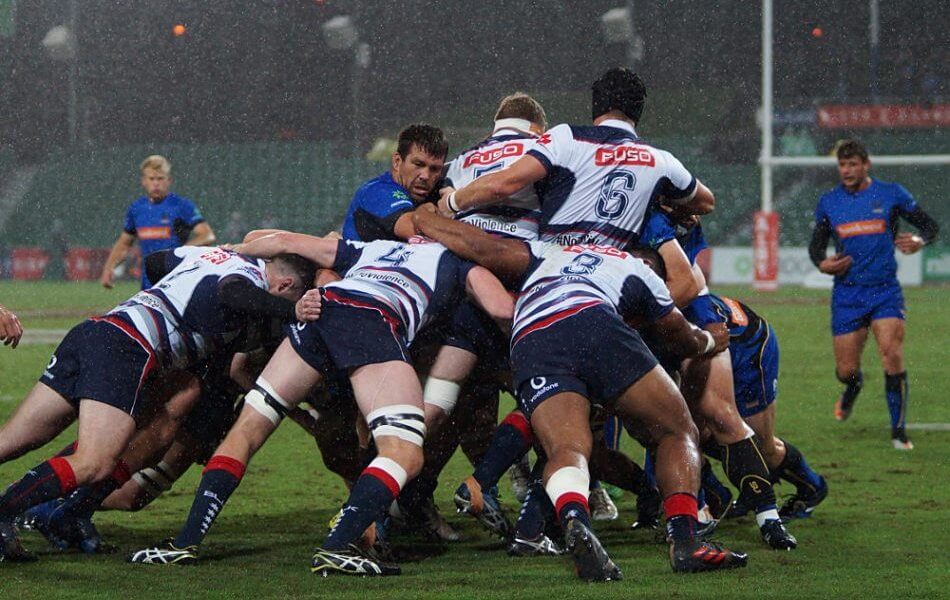 Thursday’s Rugby news sees the Force and Rebels reunite for a fiery clash at Leichhardt Oval, and the top-of-the-table Brumbies look put put some distance between themselves and the Reds, while the Hospital Cup kicks off in Queensland and a new challenger emerges for the World Cup 2027 bid. 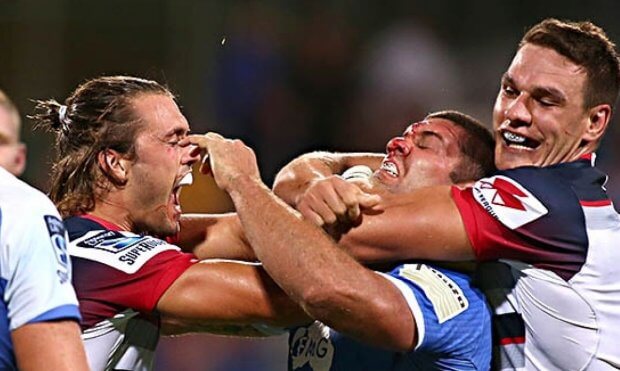 No love lost between the Force and the Rebels.

The first game in round 5 of Super Rugby AU sees the Western Force do battle with the Melbourne Rebels on Friday night. This game will serve as true test for both teams to see where they land in the Australian rugby pecking order.

After a slow start in the revamped Super Rugby AU competition, the Rebels claimed their first win against the NSW Waratahs. Conversely, after pushing teams for the full 80 minutes in their opening two matches, the Force came crashing back down to earth after being kept scoreless in their defeat to the ACT Brumbies last week. In the wet in Sydney, the two teams would have been forgiven for keeping the ball in close and kicking out of trouble, but the Brumbies kept the ball in hand and exposed the Force defences.

The Force return to Leichhardt Oval in Sydney’s inner-west to take on the Rebels. There will be some bad blood between the two sides. The Rebels survived the infamous culling when the Force were kicked out of Super Rugby, and benefitted from the mass exodus of players leaving the West for playing opportunities. Amongst that batch were Matt Philip, Richard Hardwick, Billy Meakes and Dane Haylett-Petty.

One player that has gone the other way is Jack McGregor, who is tipped to retain the Force starting fullback jersey after finding some good form of late.

“Since coming to Perth, I’ve been given some opportunities which I’m very grateful for,” McGregor said. “The team dynamic is really good at the moment and everyone’s really enjoying the opportunity and the chance to play against the best teams in Australia.”

“There’s a lot to play for and it will be good coming up against old mates. It’s in the back of our minds but this is a really important game for us so we’re just focused on us and what we can do to get the win.”

In their last Super Rugby meeting in 2017, the Force recorded a 31-22 victory in Perth, and will be looking for a repeat effort on Friday. 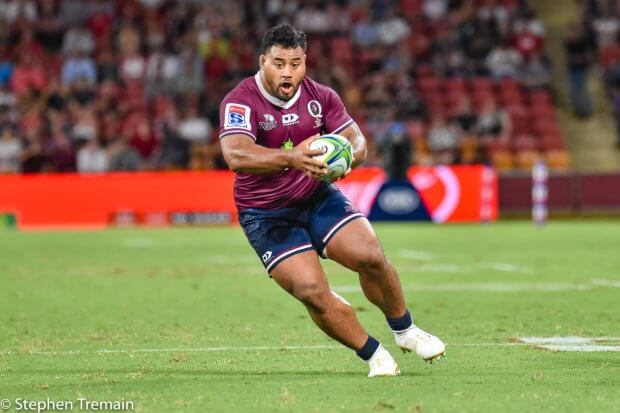 Baby rhino on a rampage.

This week’s other Super Rugby AU game will see the ACT Brumbies host the Queensland Reds at GIO Stadium in Canberra on Saturday night. The Brumbies are sitting on top of the Super Rugby AU ladder after 4 rounds, with the Reds nipping at their heels in second position.

While, the Brumbies have won all three of the matches so far in this revamped competition, their set piece hasn’t fired as usual coming into Super Rugby AU. This is an area the Reds will be looking to exploit, and the Queensland side boast a young, dynamic pack that could get the job done. The Brumbies are no slouches when it comes to muscle up front, with the likes of James Slipper, Allan Alaalatoa and Scott Sio forming a fearsome trio of props. Experienced scrummager Scott Sio will be keeping a close watch on Taniela Tupou, who has been in blistering form.

“He’s playing some great rugby, he’s putting tries on the board and he’s been very destructive at scrum time there,” Sio told rugby.com.au.

“I know it’s going to take all of us there in that eight to really nullify them but he’s got a good support crew around there, as his eight as well who are working hard behind him to get him over the line.

“We know that it’s going to be an all-forward battle up front, it’s not down to individuals taking the rein but we do understand there are those little individual battles we’re going to need to win.”

Meanwhile at wide, gun rookie Jordan Petaia could be in the box seat to make a return for the Reds. Jordy has been back to full training in the past week and could get a run against the Brumbies in his first Super Rugby AU game.

Question is – is it worth the risk?

Petaia was ruled out of action after suffering a shoulder in Argentina and underwent surgery back in February, effectively ruling him out for the Super Rugby season. But in a Covid silver-lining, the extended season could give him an opportunity to play.

Back on the pitch 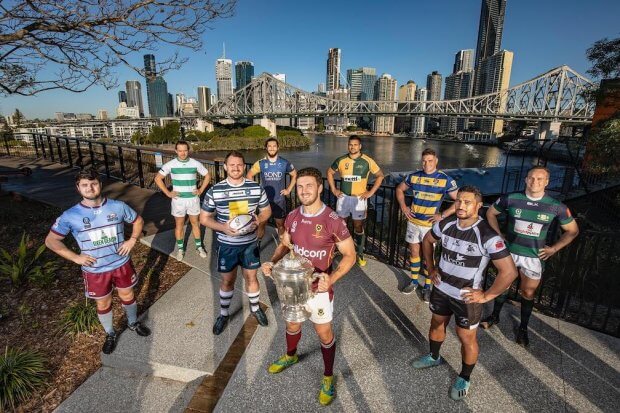 The Premier Rugby season kicks off in Queensland this weekend. The Allsports Physiotherapy Hospital Challenge Cup will resume, with all four matches to be streamed via the Qld.Rugby website.

In the Match of the Round, GPS take on Wests at Yoku Road. In other matches, Norths go up against University of Queensland, while Souths host Brothers at Chipsy Wood Oval.

Former Wallabies skipper Ben Mowen will line up for Easts when they do battle with Sunnybank.

“On a personal note I’m really excited because I haven’t had a full season down at Easts since about 2003 or 2004,” said Mowen.

“It’s been a long time between drinks, but it’s been nice and refreshing to be around the young guys and obviously pretty excited for the season. Like everyone, it’s been a long pre-season now and we’re ready to get into it.

“There’s definitely a massive wave of talent coming through club Rugby and from what I’ve seen there’s a lot of guys there who could step up to that next level, all they need is that opportunity and then they’ll get to that point. It’s going to be exciting to see the way they play this year and I’m sure there’s some representative honours waiting for a few guys out in clubland.”

Speaking on the season relaunch, QRU’s head of game development Gaven Head commented: “With regional competitions returning to play over the past few weeks, Queensland Premier Rugby is one of our last competitions to return to action and I know players and coaches alike are keen to take to the field this weekend.”

Bond University have the bye. 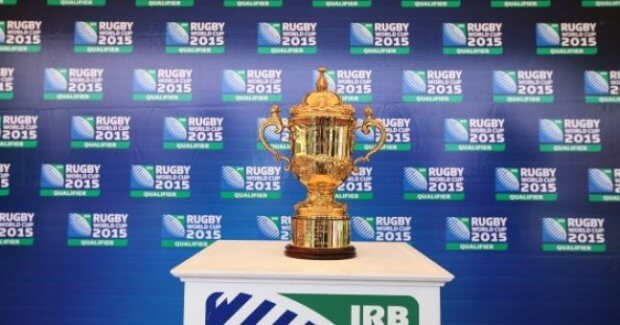 Australia is still in the box seat to host the 2027 Rugby World Cup.

In a bizarre twist in the World Cup 2023 bid process, the Russian Rugby Federation has confirmed the country will bid to stage the global tournament. President Vladimir Putin has backed the surprise bid from Russia.

It remains to be seen how seriously this bid will be taken, considering Russia finished bottom of Pool A at Japan 2019.

Australia is the current favourites to earn host status. It will be the first time since 2003 that we have hosted the Rugby World Cup.

Officially, the bidding process starts February 2021, with the 2027 host decision expected in May 2022. The 2027 and 2031 tournament hosts were originally set to be announced in 2021 but that has been pushed back to 2022 in the wake of the coronavirus pandemic.

Australia is well-positioned to host for the tournament, naming an influential World Cup bid advisory board for the bid.

RugbyAU Chairman, Hamish McLennan has previously signalled his ambition to host the tournament, saying: “The 2027 Rugby World Cup is an incredible opportunity for rugby and for our country and we have signalled our intentions clearly by bringing together some of the greatest minds in rugby, politics, business and the tourism sector to deliver a winning bid for Australia.

“As I announced after I first agreed to become chairman of the board, the 2027 Rugby World Cup bid was one of my top priorities and today we have taken a giant step towards laying the foundations for a successful bid.”