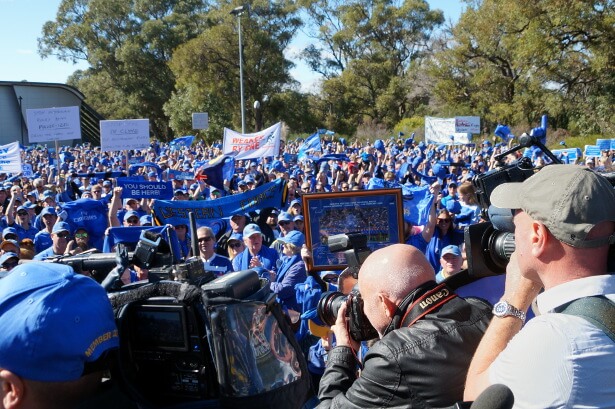 There will be Blood

So pissed in fact, that he’s willing to take the Australian Rugby Union to the High Court of Australia if the Western Force loses its appeal hearing in the NSW Supreme Court, which is set to be decided next week.

The Force and Twiggy are willing to exhaust all their legal options if necessary, in the hope that they are able drag the saga out long enough for them to compete in the 2018 Super Rugby season.

Super Rugby officials are currently extremely nervous about the case in court at the moment, as processes to plan for the 2018 Super Rugby season are well underway, including finalising the draw. If the Force win an injunction against the ARU’s ruling, it could plunge the entire plans for next season into chaos.

But Twiggy wasn’t just getting aggressive legally. On Wednesday, as he was flanked by defiant players of the Western Force, he launched a ruthless attack on the ARU, calling for Chairman Cameron Clyne to be shown the door. Forrest also, according to Tom Decent at the Sydney Morning Herald, released documents supposedly showing the ARU decided in February to axe the Force because they were the easiest legal option.

The document describes cutting the Brumbies and Rebels as “high risk” while the cutting the Force was seen as “low risk.” Tell that to all rugby supporters in WA.

“There is no legal obligation to retain the Western Force in the Super Rugby competition following a renegotiation of the broadcast rights,” the document read.

“If a negotiated exit is not achieved, an attempt by the ARU to terminate the Brumbies/Rebels participation deed without cause would constitute an unlawful termination.”

Forrest made himself crystal clear on his stance with the ARU in a fiery press conference. Check it out here.

“The document I have, which I have released, came from caring members of the business community,” Forrest said.

“It shows clearly that late in February this year the advice was received and taken to cut the Western Force for no other reason apart from legal advice. This is what I have stood up for, this is what I accuse the ARU of; of litigating, of lawyers and not leadership, of choosing not for merit but choosing to cut because they can bully a submission.”

Cameron Clyne denied the claims presented in the document.

“Andrew referred to a document or documents which indicated that a decision had been made to remove the Western Force in February,” Clyne said.

“This was not the case and there are no documents which contain this information.

“RugbyWA has been provided several opportunities to put its best business case for the Western Force to the ARU board, from April 10 right up until our final request for this information on August 2, 2017.”

But Twiggy was having none of it. He even cracked the shits on the ARU’s claim that his offer of $50 million to buy the back the Force and invest in grassroots rugby was, according to Bill Pulver, “too late.”

“I’m here to say to the ARU, you cannot bully this team, your ambush has been sprung, you have now been discovered,” Forrest said.

“Chairman of the ARU, Mr Cameron Clyne, you’ve told me so many times that there was a broad spreadsheet of factors which were all based on merit, which were based on fairness and of course Australia now knows that was a charade. You received advice you could not cut the Rebels.

“I ask you now to resign Mr Cameron Clyne. This has been discovered. The secret is now out. The process from here now must be transparent, we must all come clean.

“My message to the leaders of the ARU, Mr Bill Pulver, who I’m not holding to account, you’ve been an honest and faithful servant. But Mr Pulver and remaining ARU board … it is not too late. I’m in business. I know what too late looks like. I know what 11th hour looks like and I certainly know what bullies look like.

“This is not 11th hour, this is not too late. Keep the Western Force, stop this legal charade, be transparent and let’s get on with building a fabulous sport in Australia and the code of rugby union across Australia and across the world.” 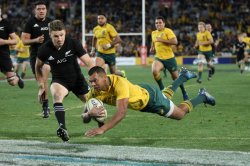 Staying in Perth, Kurtley Beale is hoping that the Wallabies will get a warm reception when they land in Perth next week to prepare for the Wallabies clash with the Springboks.

Many over in the west have talked up wearing their blue Force jerseys to the Wallaby match in protest against the ARU. But Beale hopes that in spite of the problems off the field and the fans right to protest the cutting of their team, he hopes the fans will still support the players on the field.

“I think rugby’s been played over there for a long time now and with the Force coming in, it gave them a team to follow, but hopefully we get a lot of strong support down at nib Stadium,” he said to Rugby.com.au.

Beale, speaking at the Brisbane Tens conference, also made mention that the entire event had seriously affected many of the Force boys in the squad, and had brought the squad closer over the last few weeks to support them.

“You can see the boys are a bit rattled and they’re disappointed about it,” he said.

“I think they want to just get that decision out and get the decision made and move on.

“Obviously it’s a difficult time for them and their families that they’re going through so we’re making sure we’re always there to help out and if they need it.”

Meanwhile, Springboks coach Allister Coetzee announced his touring squad for the next few weeks of the Rugby Championship. Despite already having a much better year than last year (winning five test matches on the trot), Coetzee admitted he was surprised by the Wallaby performance against the All Blacks, and is very wary heading into the test in Perth.

“The Wallabies are very clever at the set pieces — particularly the lineouts — and their mauling.

“They made a couple of mistakes in the first match against New Zealand and were punished,” said Coetzee to rugby.com.au.

“But they were a transformed team in the second Test, putting New Zealand under a lot of pressure.

“It is a different beast waiting for us, that side.”

While many in South Africa have welcomed the improved performances of the side after their horror year in 2016, many are seeing the upcoming tests against Australia and New Zealand as a real test of where the Boks are at.

The Wallabies-Springboks match will take place in Perth on September 9th. 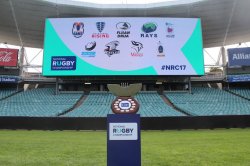 The time to fight for the Toast Rack is soon upon us, and quite frankly, I’m pretty damn excited about it. And with that, comes a whole bunch of NRC news.

Starting up in Queensland, for their entire history of the NRC Queensland Country have had a frustrating time stringing together a good season, unlike their city counterparts, who have picked up two titles.

But this year, coach Brad Thorn is taking a different approach to Country in a bid to reverse their fortunes, basing their game plan around defence.

Honestly, it’s a no brainer. Last year Queensland Country leaked an average of 49 points per match, and even in the NRC you can’t win matches with defence like that. Country’s captain Duncan Paia’aua however made it clear that Thorn was drilling into them the importance of good defence.

“Thorny has already spoken to us about fixing the defence,” Paia’aua told foxsports.com.au.

“He’s saying that ‘everybody thinks that the NRC is an attacking game, but we’re going to be the best defensive team.

“He’s going to work hard with our defence and hopefully we will be the best in the comp. Brad Thorn’s head coach and all he wants to do is win.

“All he talks about is excellence and that’s what we’re striving for.”

Considering all the silverware Thorn has won in his career, you’d think that he’ll hopefully drive an improvement in Country (and if they win the Andy Purcell Cup off Brisbane City this year, Reg is gonna riot!).

Meanwhile, down in New South Wales, there was an even better admission that the NRC is starting to improve our rugby talent. Many have commented on the improvement of the standard of players in the Shute Shield since the inception of the NRC. Turns out, it’s also proving extremely beneficial for the coaches.

Case in point, Warringah Rats coach and 2017 Shute Shield Coach of the Year, Darren Coleman. Coleman has also coached the NSW Country Eagles for the last four years, and led them to their first ever grand final last year, which saw them defeated by a strong Perth Spirit side in a thrilling decider. Turns out, the disappointment of losing that final proved pivotal for Coleman, who went on to coach the Rats to their first premiership in twelve years.

“I think the biggest lesson I got was grand finals aren’t pretty,” Coleman said to the Daily Telegraph.

“We’d played pretty footy all year in the NRC and racked up lots of tries and then we got to a night game against Perth and we got strangled.

“That was a bit of a learn for the Shute Shield. I told the (Rats) boys we don’t give a stuff how we get it done, let’s just get it done. We planned around doing what it took to win.”

Hey, if the NRC can benefit both club competitions and Super Rugby, then it’s doing it’s job. 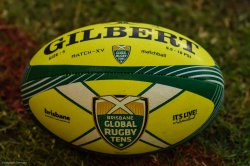 Turns out the NRC wasn’t the only thing that was launched this week: a revised version of the Brisbane Global Rugby Tens was also launched in Brisbane this week, and there will be many major tweaks to the competition.

First off, the series will be a day-night affair to combat the February heat that affected crowds at this years inaugural event.

There has also been an increased interest from international clubs in the event, with the Fijians and French club Pau replacing South Africa’s Bulls and French team Toulon. French club Racing 92 (which has many All Blacks on their roster, including Dan Carter) had also expressed an eagerness to join the competition, however sponsor commitments saw them ruled out.

Pau is a notable inclusion, as many will hope that All Blacks Conrad Smith, Tom Taylor, Frank Halai and Colin Slade plus former Wallabies captain Ben Mowen will come and join the party.

“You have the big roosters from the 15-a-side game and the speedsters from sevens … bring them together and you’ve got a hurricane of excitement,” Tens ambassador Nick Cummins said to The Courier Mail.

Rachel Carroll, the CEO of organisers Duco Events, was particularly excited about the inclusion of Pau.

“Pau are a great fit because we have a contract commitment they send their strongest 10-a-side team and Conrad Smith, an All Blacks great, is top of that list,” Carroll said.