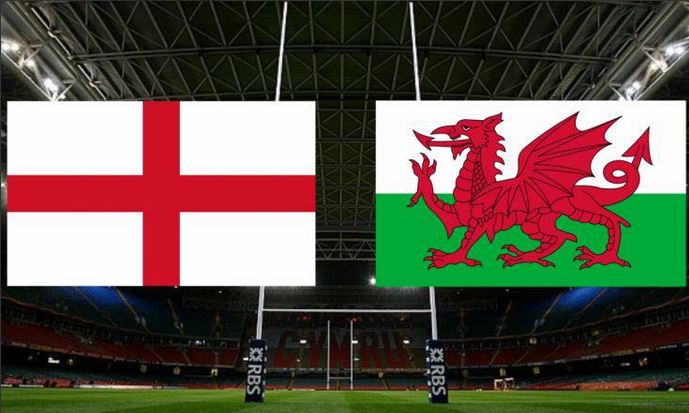 The recent RWC Test between England and Wales was a closely fought battle.

Not only was the scoreboard tight (England 25:28 Wales) but almost all key statistics were extremely close.  Yet the half-time scoreline was England 16:9 Wales.  It was a memorable comeback by Wales.

All-in-all it was a bit like the attrition of trench warfare between two evenly matched opponents.

Australia plays both these sides over the next two weeks.

I’ve collected the Ruck Involvement data for this game and there’s a bit to be learned for the Wallabies.  If nothing else it shows who does most of the ruck work for these two opponents.

As per usual – remember: 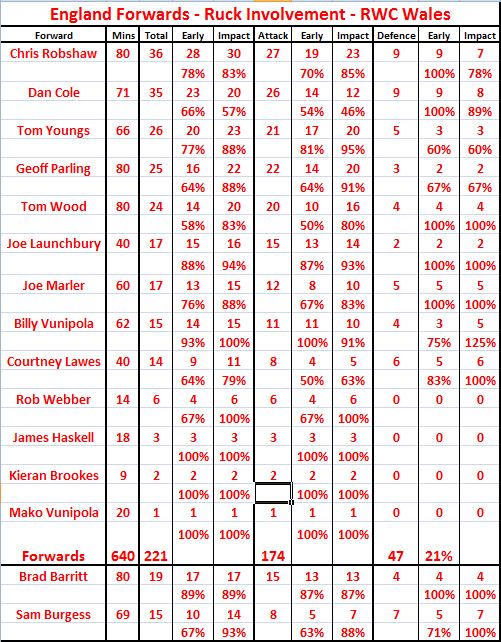 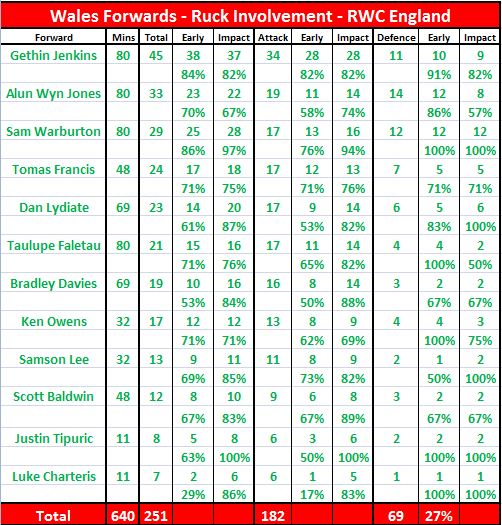 Wallaby Ruck stats for the Fiji Test can be viewed here: 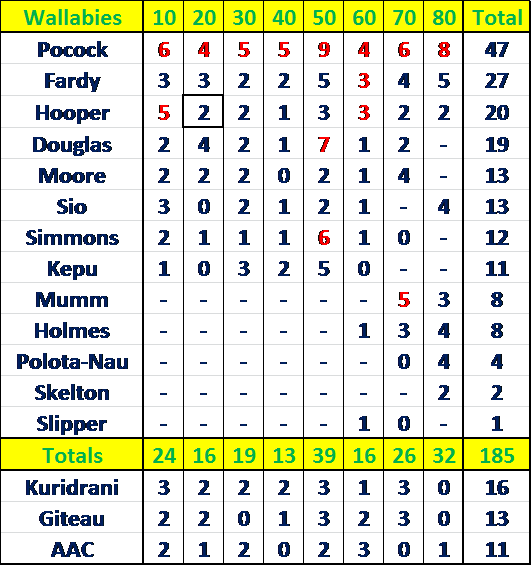 Wallaby Ruck stats for the Uruguay Test can be viewed here: 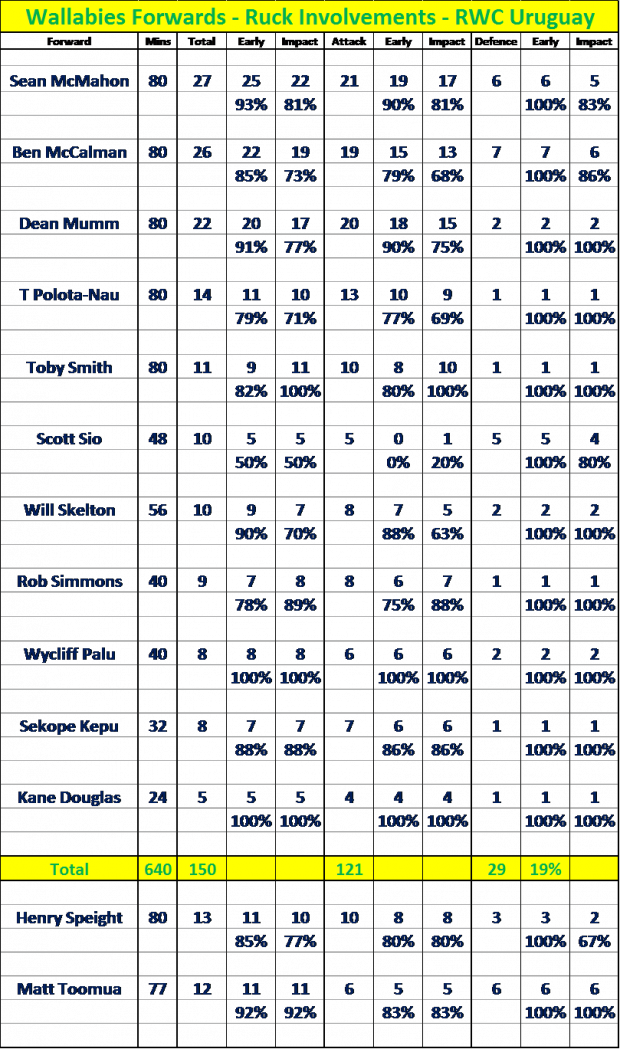 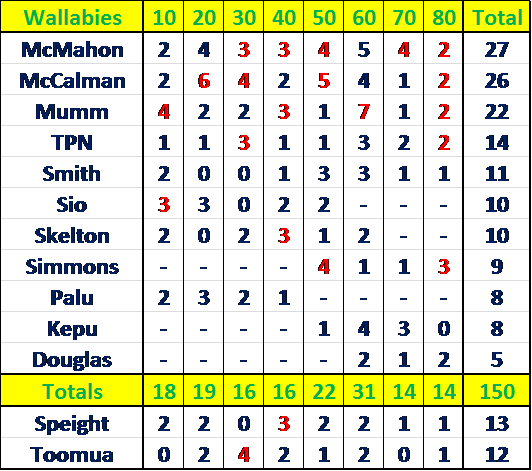 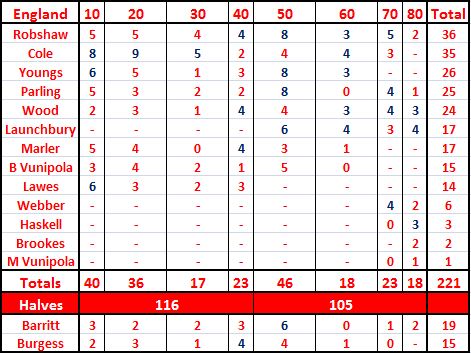 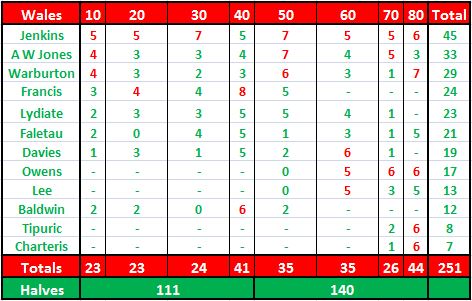 In short, what does it mean?

I believe that fitness may well be a telling factor against England on 4 October.

This combined with a more expansive game, and the ability to score tries, should ensure a win – even at Twickenham.