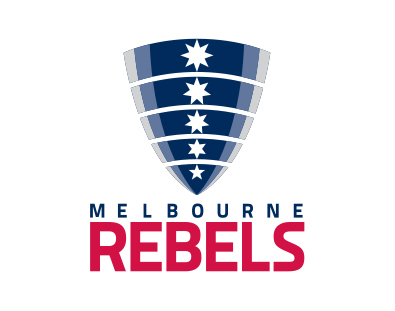 The Rebels had a big home win thrashing the Sunwolves 40-13.

The Rebels went into this match needing a big win to keep in touch with both the Waratahs at the top of the Australian conference and with the top eight. The Sunwolves, on the other hand, were coming off two wins in a row. Although a significant number of Sunwolves, including coach Jamie Joseph, were rested for the Japanese tests v Italy and Georgia.

After receiving an early penalty the Sunwolves had a lineout just outside the Rebels’ 22. The Sunwolves had seven phases where they did not gain too much ground, but then they sent the ball wide. Where Lomano Lava Lemeki blew down the wing to see the Sunwolves score inside two and a half minutes. Hayden Parker added the conversion to give the Sunwolves a 7-0 lead.

Billy Meakes threw a dummy around halfway and went through the Sunwolves’ line untouched. After running 30 metres he passed to the flying Fijian Marika Koroibete. Reece Hodge levelled the scores with the conversion.

The Rebels were again on the board after 16 minutes when Michael Ruru poked his nose through the line on the Sunwolves’ 22 and sent Jack Maddocks into a gap. Maddocks broke one tackle before diving in under the posts. Hodge’s conversion made the score 14 to 7.

The Rebels built pressure on the Sunwolves with 13 phases when Shunsuke Nunomaki was penalised for not releasing in the tackle. Following the attacking line out Japanese international Amanaki Mafi scored for the Rebels. Hodge made the score 21 to 7.

The Rebels had a scrum feed from 30 metres out on half time. After five phases, Dane Haylett-Petty put down a pass from Michael Ruru five metres out from the try line. Unfortunately, Haylett-Petty was running at speed and the pass was hard and fast and Haylett-Petty couldn’t handle the ball. The Rebels went to half time with a 21 – 13 lead. The Rebels have struggled in a number of games this year to convert a half time lead into a win. Could the Rebels hold onto the lead during the second half?

The Rebels had a scrum feed about 35 metres out from the Sunwolves’ tryline. Amanaki Mafi picked up the ball from the base of the scrum running for 10 metres. Ruru then passed to captain Adam Coleman, who charged over the advantage line.

Ruru found Billy Meakes who passed on to Dane Haylett-Petty. Haylett-Petty with quick hands found Jack Maddocks, who ran fifteen metres and dived over in the corner. Maddocks celebrated his new two year contract with two tries. Reece Hodge kicked the conversion from the sideline.

The Rebels gained 50 metres from the kick off after 15 phases. However, Sam Talakai was a little impatient and tried to offload in the tackle. The only success he had was to hit Sunwolves hooker Jada Bregvadze and the ball bounced off him and the Sunwolves were able to regather.

Hosea Saumaki made a charge down the left wing gaining 50 metres including a step around Dane Haylett-Petty and looked set to score before Jack Maddocks came across and put him into touch.

The Sunwolves were attacking and good pressure from Adam Coleman in the tackle forced a sloppy pass. Marika Koroibete soccered the loose ball off the ground twice, Tom English popped a ball to Billy Meakes who flicked passed it to Angus Cottrell. Cottrell tried to pass of the ground near the try line but Saumaki, who tackled Cottrell knocked the ball back without getting back on side.  He was sinbinned for a cynical and professional infringement but because there was another defender in the vicinity a penalty try was not awarded.

From the penalty the Rebels opted for a scrum and the Rebels had another penalty advantage from the scrum. Maddocks tried in vain to score his third try but he was just short. The Rebels went back to the scrum and received an additional penalty. From the third scrum the Rebels went from one side of the ground to the other with a pass from Haylett-Petty seeing Koroibete go over for a double.

After seven phases from the kickoff Koroibete received the ball outside the 22. Koroibete threw a dummy, slipped a tackle and flew over the line for a hat trick.

Winger Lemeki made a fifty metre break down the right wing for the Sunwolves. The ball went from one wing to the other and looked promising for the Sunwolves when Saumaki had the ball. However, Sefanaia Naivalu had other ideas absolutely smashing Saumaki.

The match came to a close with just what the doctor ordered for the Melbourne Rebels a 40-13 bonus point victory.

I am not sure the Game Changer was anything that happened on the field. It was when the Sunwolves got “Cherry Blossomed” with a large chunk of the Sunwolves being rested for the test team.

Amanaki Mafi as always was heavily involved with his hard running as well as scoring a try. Marika Koroibete scored a hat trick and Jack Maddocks scored a double. Billy Meakes was involved in a couple of crucial attacking plays and was also strong in defence. Whilst Michael Ruru had a good game, because he wasn’t noticed. I will pick Koroibete in this instance.

Koroibete showed how dangerous he can be when he is in open space, scoring a hat trick. Maddocks continued to show why he has big wraps on him. Adam Coleman had one of his better games for the Rebels. Reece Hodge didn’t do anything wrong in the number 10 jersey.