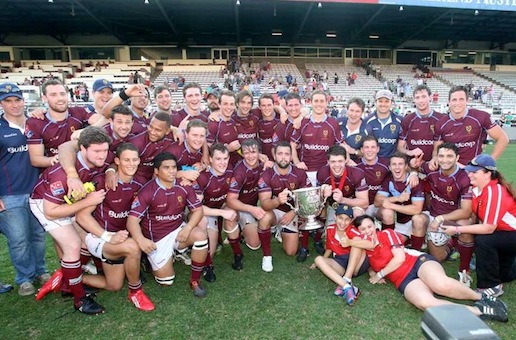 Now that Silly Sunday and Mad Monday are over for another year, it’s time to take some painkillers, grab a hash brown and reflect on the year that was.

Uni got an early lead and although Sunnybank came back with several tries, the Heavies were just too good for them this time around. Reds player Ben Tapuai and his brother Rex were strong performers in the Sunnybank side while Uni’s Curtis Browning was a stand out performer. A massive congratulations to Uni for earning a well-deserved premiership.

All finals were strongly contested and many tight results were achieved.

So now that club rugby is over for another year, we might all be a bit lost for a few months but it’s been a great year and I’ve done the rounds of most clubs this year and there’s been such a good community feel. That’s why I love club rugby and I can’t wait until next year.
Until 2013 stay well, everyone! Long live 3rd Tier rugby.