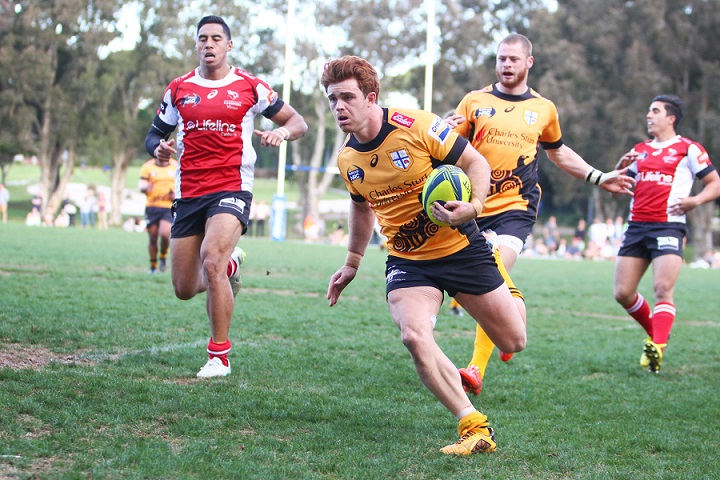 The NSW Country Eagles shape as being the leading NSW contender for season 2016. The Eagles have been consistently the better performing of the four NSW based teams in the NRC, and this year have been merged with the Sydney Stars (who were finalists last year). The new streamlined NRC has meant that one of the NSW clubs had to go, the the Stars-Eagles merger has meant a stronger Eagles side without doubt.

The Eagles finished the inaugural NRC back in 2014 in second position just dropping the two games in their regular season. Unfortunately they would lose their home semi-final to the eventual champions Brisbane City.

In 2015, the Eagles split their record with four wins and four losses and finished 5th, just outside finals consideration. In the end they were only able to beat the other NSW sides, other than a memorable away win in Perth.

The Wallabies aligned to the squad are Bernard Foley, Dean Mumm and Nick Phipps. 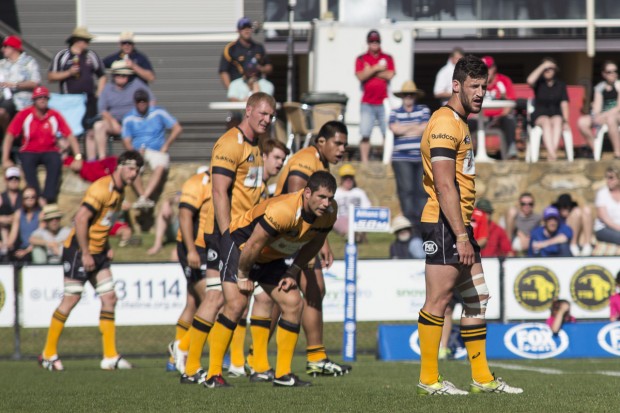 The Eagles have been big winners from the Sydney Stars closure, which was to be expected considering the ‘alignment’ of Sydney Uni to NSW Country now. What it means is they’ve have picked up some very handy talent in Waratah front rowers Tolu Latu, Paddy Ryan and Tom Robertson, as well as handy squad members O’Reagan, Wainwright, Gordon and Roberts.

Whilst Robertson may be caught up with the Wallaby squad most weekends, Ryan and Latu mean the Eagles could have one of the strongest front rows in the competition. The other big name signing is former Western Force, and supposedly new Brumbies, centre Kyle Godwin. Godwin was excellent for the Perth Spirit last year, making our Team of the Tournament (https://www.greenandgoldrugby.com/nrc-2015-team-of-the-tournament/) and will provide a strong presence in the centres that can help free up space for Waratah backline fliers Andrew Kellaway and Reece Robinson.

It is not all positives for the Eagles with last year’s Player of the Tournament, Jono Lance, effectively swapping with Godwin as he plies his trade out west for the Spirit this season.  Lance was such a vital part of the Eagles’ success last year and his ten spot is could be filled by any of Roberts, Horwitz or Deegan.

The other big loss is at lock with Tom Staniforth staying in Canberra to play with the Vikings. In 2015 Staniforth had attempted to play ITM Cup in New Zealand but had his options blocked by the ARU. With the Vikings squad finalised, it found his way to the Eagles and was monstrous around the field and was also named in the GAGR Team of the Tournament, despite missing the first four games of the year.  Waratah squad member Ned Hanigan and perhaps the teenage  two metre plus lock from the Eastern Suburbs club.

Darren Coleman is back once again for his third year at the helm of the Eagles. Coleman has been around the traps plenty, with previous gigs at both the Brumby and Waratah organisations as well as a successful stint in Japan. Darren will be supporting by Brad Harris (who took the Canberra Vikings to last year’s NRC Grand Final) as forwards coach, Dan Parks (Assistant Coach of the Sydney Stars in 2016) as backs coach and Shannon Fraser (Randwick Head Coach) as defense coach.

The other off-field signing of significance is Peter Playford. The former Brumby and Waratah winger, Playford was assistant coach of the Sydney Stars in 2014 before taking over the top job last year and guiding them to the finals series where they (and some territorial plovers) put the eventual champions Brisbane City under all sorts of pressure. Playford’s ace up his sleeve is his preparedness to look at the game differently and find alternate ways of doing things that have been the status quo previously. His passion for the NRC is genuine, and hope for it substantial. Expect the Eagles to be one of the innovative teams in the competition, both on and off field.

On the face of it looks like NSW Country are one of the unlucky clubs to only have three home games. That’s true but it’s a pretty friendly draw regardless. Once they host reigning champions Brisbane City in the first game at Sydney University Oval, their other two home games are against the Melbourne Rising in Tamworth (Round 3) and the Perth Spirit in Orange (Round 5).

But other than that, there’s not much travel with Toowoomba (to face QLD Country) their furthers trip as they face both other NSW teams away (Pittwater Park and Concord Oval) plus the Vikings in Canberra. 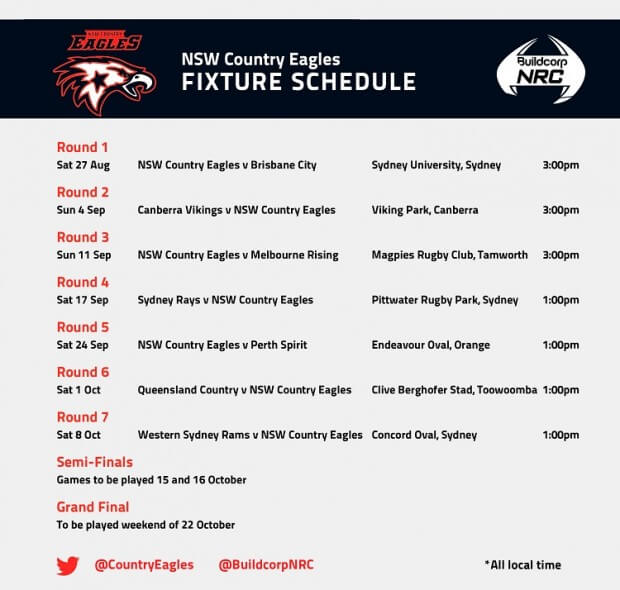 Should be the highest placed NSW team and should sneak into the finals in 4th.