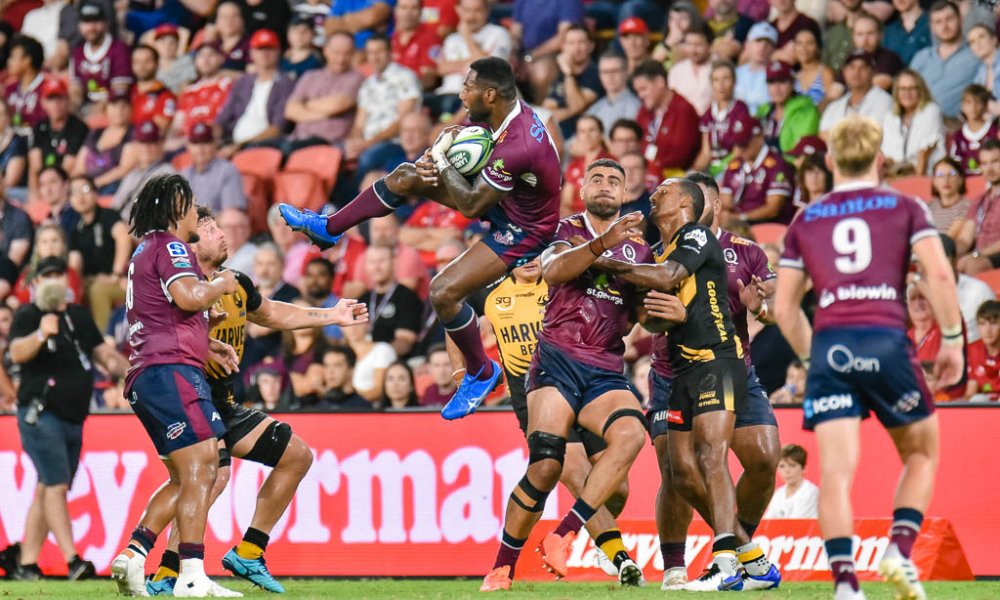 Monday’s Rugby News looks at the results from Super Rugby, Six Nations and the Waratahs reinforcements looking to avoid an unwanted record 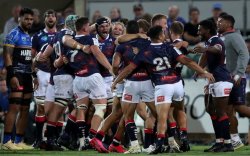 The Melbourne Rebels have marked their homecoming with a bang, dominating the Waratahs 33-14 at AAMI Park.

They controlled the first half, with Lachie Anderson finishing off a slick line-out move to give them the early lead.

Toomua would then turn into a one-man wrecking ball, slotting a series of penalties before producing one of the best individual tries of the season to extend their lead to 23-0 at the break.

Whilst the Waratahs would get some respectability back on the scoreboard at the end with two late tries, the Rebels were too good, capped off by a try to returning hooker Jordan Uelese.

Despite the strong performance, Toomua was critical of their inability to close out the match and secure the bonus point.

“It’s a good win, there was a lot of good signs there,” Toomua said after the match.

“Being critical as is our nature we will look back and say we probably should have come away with a bonus point but this first stretch of competition has thrown us a few curve balls and we’ve come away very proud.”

Despite their late surge, coach Rob Penney was once again disappointed with the effort that they put in, conceding that it might start to affect his young squad heading forward if they don’t show some resilience against the Reds.

“The damage was done in the first half,” Penney said.

“It was great the boys kept fighting to the end and the bench injected a little bit which was nice.

“We could live in a dark hole if we let ourselves but we’ve got to bounce quickly.” 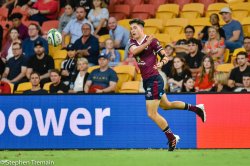 The Queensland Reds have held for a thrilling 26-19 win over the Western Force at Suncorp Stadium.

The Reds looked set to cruise to victory when they raced out to a 14-3 lead thanks to tries to Hunter Paisami and Tate McDermott.

However, the Force managed to hand in and made the sloppy Reds pay when hooker Feleti Kaitu’u found the line, taking the lead after the break thanks to a Jake McIntyre penalty.

This would wake the Reds up, who unleashed winger Suliasi Vunivalu off a scrum play.

The former Storm flyer would break two tackles, send Jack McGregor into the shadow realm with a brutal fend before throwing a cut-out ball for a Jock Campbell try.

With the Force continuing to push as they looked to send the game into golden try, hooker Brandon Paenga-Amosa won the clinching breakdown penalty to seal the win.

The win now ensures that Queensland leapfrogs the Brumbies into top spot as they maintained their unbeaten record.

However, captain James O’Connor was unimpressed by their performance, lamenting their poor handling and failure to convert what seemed to be certain try opportunities.

”I’m happy in essence that we won the game,” said O’Connor.

“We found a way to win but honestly that was pretty poor from us.

“…That’s not what the fans deserved.

“So much dropped ball.”

Force captain Brynard Stander felt the same way, admitting that they failed to take advantage of the late pressure on the Reds goal-line.

“Tonight, we fronted up. Some things let us down, we need to build the pressure when we are at their end,” he said. 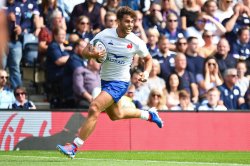 Once again, the Six Nations has delivered one of the games of the year as France kept their Six Nations dreams alive with a 32-30 victory over Wales.

On their quest for a Grand Slam, Wales would trade tries with their French rivals as neither team could gain ascendancy as they went into the half tied at 17-all.

Wales then kicked on after the break as Josh Adams’ try and the boot of Dan Biggar put them in control before French prop Mohamed Haouas was sin-binned.

As he returned, the French were once again put down a man after Paul Willemse went for the face and was sent off for eye-gouging.

Remarkably, they would gain the man advantage shortly afterwards as Taulupe Faletau and Liam Williams were sin-binned in quick succession.

This allowed the French to steal victory, with tries to Charles Ollivon and Brice Dulin sealing a famous victory.

In the other games, Ireland sent off CJ Stander in style, crushing old foe England 32-18 to ensure that it was the first time that Pomas would lose to all of their British Isles rivals in the tournament for the first time since 1976.

As well as this, Scotland continues to bolster my claims for a pro/rel system in the Six Nations, recording a 52-10 hammering of Italy at Murrayfield, Italy’s 32nd loss in a row. 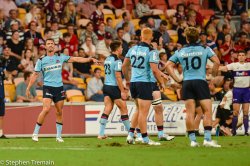 The Waratahs are set for a major boost as a trio of stars prepare to return for Saturday’s clash against the Reds.

It comes just in time, with the Tahs on the verge of setting records for all the wrong reasons, as The Herald revealed some damming statistics.

After four games, they have conceded 155 points, nearly 39 points per game, which sits four points per game higher than their record in 2017 as the worst defensive side of the era.

They’re also on track to score the least points (12 ppg) of any NSW team in Super Rugby history, averaging six points less than their woeful record in 2009.

“We need to be much more improved defensively, through midfield, and be more disciplined,” chairman Roger Davis said.

“They’re the key failings, as I see them.

“When you look at our performances over the last four matches now, they’re familiar scenes.

“You’d like to believe you can learn from your mistakes and your failings, but it is a young side and arguably an inexperienced side, despite having a number of Wallabies [squad members] there.”

With a date with the Reds looming, they are set to welcome back Izaia Perese, Angus Bell and Will Harris, with The Herald confirming that they are set to be named on Wednesday.

Perese has been sidelined since he dumped Hunter Paisami on his head in round one, which will likely see a major reshuffle in the Tahs back three as Alex Newsome retains his spot.

Along with this, captain Jake Gordon is expected to be available for selection against the Brumbies on Friday week.