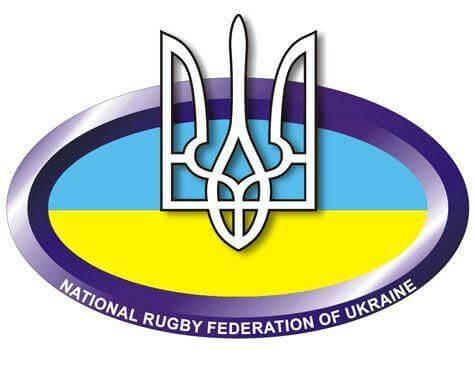 Welcome, G&GRs, to another edition of Rugby News! I trust that your weekends have been filled with your pursuit of the glorious game. We’ll recap the Super Rugby Pacific round two, the third round of the 6 Nations, other international rugby news and Michael Cheika’s views on where rugby ‘has gone wrong in Australia’.

For those wondering about the title picture, it is the logo of Ukrainian Rugby. We think of all those affected in the shitfuckery of the present moment.

Brumbies v Drua – The Brumbies were relatively clinical in their win over the Drua. While there were glimpses of what the mighty Fijians can accomplish, they will have to learn that there’s a significant step up in class now they’re (rightfully) in the big leagues. Plenty of running rugby, officiated quite well for a debutant referee in Reuben Keane (there will always be areas to improve on for those naysayers!) and enough entertainment for a home crowd. Some notable players were Bobby Valetini in demonstrating how to hoof a footy down field and how to almost decapitate a player and hoof his noggin probably as far; Ryan Longeran purely because he didn’t fuck around like Nic White; Noss Lonergan for similar reasons but naming Folau Fainga’a; and Billy Pollard for running like Forrest Gump down the sideline. Brumbies 42 – Drua 3.

Reds v Waratahs – Another wild and wet weekend in the Sunshine state seemingly followed the Queenslanders to Leichhardt Oval in Sydney where it was absolutely pissing down. Definitely not the conditions for any running rugby, despite the best efforts of the teams. The Reds found a way to hold off a fast-finishing Tahs side who are looking twice the side they have been in previous years. Dr Jamie Roberts must have provided valuable Welsh wisdom to his younger brethren, after being quoted earlier in the week that “in Aussie, we have a team meeting to discuss how to play in the wet weather; in Wales, we do the same but for the dry!”. Reds 20 – Tahs 16

Rebels v Force – Well, the Force are definitely looking good in a clinical demolition of the Rebels in the sporting capital of Australia. Young gun Reesjan Pasitoa belied his years in a composed match at 10 (though I don’t quite think one match doth a Wallaby make… unless in Tahs’ colours and Kearnsey says so) with some solid displays of both running rugby and physical defence. Michael Wells is quickly making himself a name for smashing the little 10s (pick on someone your own size… jokes, keep smashing the little pricks!) so Noah Lolesio and Caleb Muntz/Baden Kerr will have to keep their eyes open. The Force are definitely picking up where the left off last season… Unfortunately, so are the Rebels. I’ve said it a few times now… but coach Foote is not the man to lead them out of the SRP doldrums. Force 28 – Rebels 3

Crusaders v Highlanders – The Saders do what they do best with a comparatively simple victory over the Highlanders in the end. Despite the (usual…) ill-discipline from the Saders, with #8 Cullen Grace definitely lucky not to have some time in the naughty seat IMHO. A standout try from young Will Jordan, going for both the ‘Best Try for 2022’, and simultaneously, the ‘Best Wedgie’ was marvellous to watch.

Blues v Hurricanes – Well, what a bloody finish this was! See the video below for the incredible finish reminiscent of the Reds’ Dom Shipperley rubbing Tommy Carter’s arrogant face into the dust with a comeback for the ages. Down 32-14 with approximately ten minutes to go, a Savea try in the 79th minute with a successful conversion from in front to steal a win from the jaws of defeat. What a win and what a game! The look on the Blues’ coaching staff’s faces told the story. I wouldn’t want to be in that next training session… Hurricanes 33 – Blues 32.

The Taffs lost to the Soap Dodgers in a match that was equally boring as bat shit and gripping as a Frenchman in a 1980’s ruck. In the end, the match came down to who was able to execute their skills (eugh… I hate those cliché phrases but will ironically use it here as I’m lazy) more accurately in the critical moments, as well as some dubious (read: illegal) actions such as Itoje’s barge on the Welsh jumper prior to Dombrant’s try. Even with the win, the pressure remains on Eddie Jones to secure his future with matches remaining with Ireland at Twickenham and a potential ‘Le Crunch’ match against France at Stade de France in Paris. He may well find himself out of a job prior to Easter if his side doesn’t get their collective soap together.

France 36 – Scotland 17 – The French completely outclassed the Jocks in their match-up in Edinburgh which keeps their Grand Slam hopes alive. Indeed, some of the French tries were absolutely stunning. Unfortunately, the Jocks simply couldn’t keep up. It didn’t help that their talisman players probably weren’t at their best. France do have a slightly tricky run with matches against Wales and England. The Scots have Ireland and Italy to restore some pride.

Ireland 57 v Italy 6- A comprehensive battering, especially in light of the unfortunate Italians suffering a double jeopardy punishment (see explanation below). The score probably could have been higher if not for dogged defence from the Italians.

This amendment to the ‘Red Card law’ was introduced a few seasons ago to combat coaching staffs utilising player replacement laws to force uncontested scrummaging, particularly when a scrum is not holding up to the standard of the opposition. It is a direct reaction to teams bending the laws to suit themselves rather than stay within the ‘Spirit of the Game’. The harsh reality is that this law wouldn’t be necessary if teams and their coaches weren’t so selfish to begin with. World Rugby had to make a decision in the interests of the game and they did. The outcry that forced the change was far worse. As in the concussion protocols, the match referees are not doctors. It’s not their responsibility to declare what level, if any, injury a player has suffered. They go by law and the information they are provided by the medics. I completely agree that the Italians didn’t maliciously

The visitors’ captain Michele Lamaro was aghast when, in the wake of the red card shown to replacement hooker Hame Faiva Georgian referee Nika Amashukeli advised him that a second member of his team needed to also depart.

The unfortunate Amashukeli, who was making his 6 Nations debut, checked his understanding of law with his touch judge, experienced English international referee Matthew Carley, and the fourth official before insisting that Italy send an additional player to the bench.

The situation occurred because Italy had already lost starting hooker Gianmarco Lucchesi who left the field with his arm in a makeshift sling, following a shoulder/arm injury.

The loss of his replacement Faiva to a red card (rather than another injury) coupled with the fact that Italy had no other available trained hooker within their 23-man squad meant the scrums for safety reasons had to be played on an uncontested basis.

In World Rugby’s latest version of the laws this means the team causing the uncontested scrums loses an additional player. In an uncontested scrum neither side pushes and the team feeding the ball must win possession.

This law amendment was put in place to prevent teams attempting to minimise the damage done by the red card by bringing on a faster player – perhaps a back-rower – to stand in uncontested scrums against opponents who still have three ‘proper’ front rowers on the field.

It is dealt with by the law application guideline dealing with uncontested scrums following a red card:

Had one of Italy’s remaining replacements (or another player already on the field) been trained to play safely at hooker this situation would not have occurred since the match would have continued with contested scrums.

Scotland v Columbia – The Scottish women’s side is through to the WRWC for the first time in 12 years after their win over Columbia in Dubai. The match report can be viewed here. Scotland 59 – Columbia 3

Notably for Australian rugby, the referee was the VRRA’s own Amber McLachlan (pictured in green) who spent two weeks officiating in the final WRWC qualifiers.

Georgia v The country who shalt not be named – TBC

In a deeply ironic article considering the shit he took us through, Michael ‘Clown’ Cheika has written an article for Rugby Pass explaining his rationale for not selecting Reesjan Pasitoa straight away. As much as it feels dirty to say this, he is, IMO, right. For far too long, we have relied on certain ‘X-factor’ players, often to the detriment of the sides they’re selected in as well as the other players in Australia producing consistent results but being shafted for the next big thing. Certain amigos of a certain period spring to mind among others. Strangely perhaps, this selection is often repeated in a variety of other Australian sports, most notably cricket. The best parts of the article are below for those sans access:

“This is the continual problem, right? Forget about young Pasitoa, let’s have a think about Wallabies currently in the side (Lolesio, O’Connor, et al.) and give them the confidence to play,” Cheika said.

“And when this lad – who is good, he’s got time on the ball, he’s getting the ball on the run so he’s drawing defenders even before he has the ball, you can see he’s got that ability – but let him stamp his authority to become a top player in Super Rugby with the Western Force and then inject him into the Wallabies as a player who will make a difference from the off instead of going in there, maybe struggle for a bit and come out and earn your stripes.

“That’s what we’ve gotta do. We’ve got to let players get their business done in Super Rugby and then they can hit the ground running in the gold colours and perform from day one because in that arena, it’s excellence every minute, there’s no respite. You’ve got to be on every second you’re in the gold jersey.”

Right, folks. That’s all for this weekend. Happy Monday!