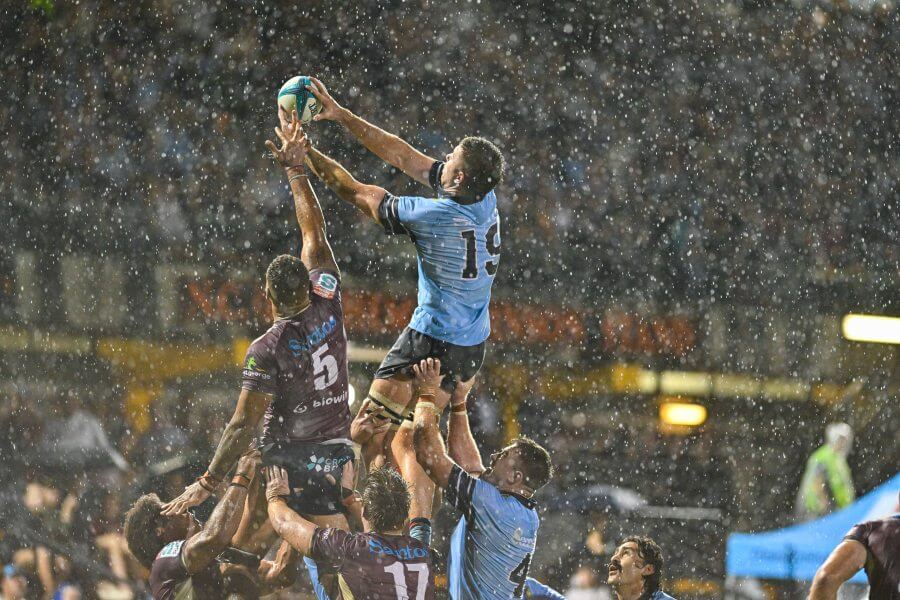 The Reds, if anything, have underachieved in trials and round 1 this season, while the Waratahs have done the opposite. The Reds lost Taniela Tupou just before kickoff in what appears to be a huge loss for the away team on a very wet track.

After an extraordinary amount of rain in eastern Australia, I wasn’t expecting much from this game, but the Waratahs never got the email and came out firing. They dominated everywhere except the score board, with the Reds taking every chance they had in the first 20 minutes to lead 10-0 after 20 minutes. They scored through a lovely kick pass from O’Connor to Petaia who did well to catch on the fly and score in the rain.

The Waratahs took little time to get back down the other end and score after they turned down another shot at goal and took the scrum instead. Harris went to pick up at #8, but McDermott stripped the ball, but Harris pounced on the loose ball and got enough room to get to full speed and barge over the line. After the conversion, the score was 10-7 to the Reds.

A mistimed trip to the shop for dessert saw me miss a quick penalty for each team but I walked in for the handbags in the corner after a Tahs near try. Moments later, the Tahs kicked a penalty to even up the score 13 all.

Drop Goal! A forgotten art in Australia, along with wet weather footy. Waratahs leading 16-13 with just over 15 minutes to go. The Reds have had limited opportunities, but their strike rate has been high. And they struck again with 10 minutes to go with Ryan Smith barging over near the posts after a million ruck build up. Reds in front by four.

What a final 10 minutes. The Waratahs worked their way up the field and piled the pressure on the Reds right up until the final whistle blew. A stat off the TV suggested that the Tahs had approximately 80 attacking rucks to the Reds 20.

The final score was 20-16 to the Reds. Co-captain Tate McDermott limped off before half time so there are major injury concerns in the Reds camp after only two rounds.