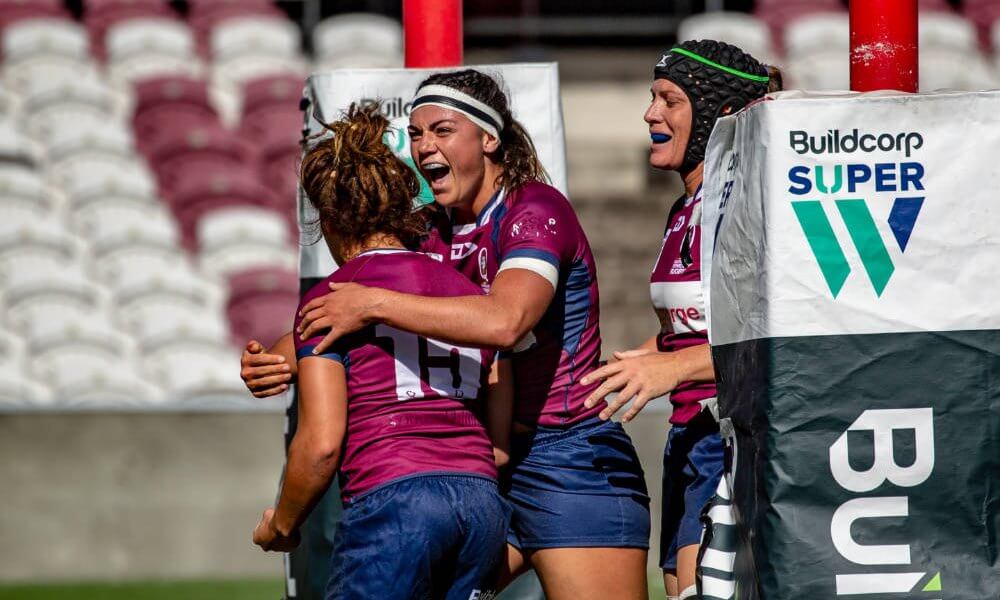 Monday’s rugby news rounds up the results from the weekend’s Super rugby matches, Premier Rugby kicks off in another state (well, territory), the Tahs aren’t changing and the Super W season is reaching its crescendo.

OH MY GOD, it’s the podcast with none other than Michael Cheika! 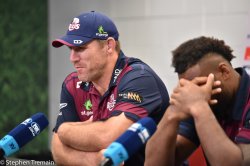 This photo is a week old. The egg on Thorn’s face left him unrecognisable this week.

The seventh round of Super Rugby has been played and oddly, only one home side managed to win.

The Crusaders continued their early season form and made amends for the previous week’s slip up by dispatching countrymen the Hurricanes 32 points to eight.  The win sees the Crusaders remain on top of the table, the only team with five wins.

While the Crusaders reversed the form that saw them fall to the Waratahs the boys in blue did the exact opposite and a completely different team seemed to show up as they went down to the outcast Sunwolves 31-29 in Newcastle.  Hayden Parker continued to show his inability to miss and it was his unerring goal kicking that accounted for the 2-point margin.

The Blues welcomed back Sonny Bill Williams and kept their streak alive with a third straight win, this time defeating the Stormers 24-9 and clawing their way within one point of a wild-card spot in the finals.

It was grudge central at Suncorp on Saturday night.  The Rebels, with exiled former Red Quade Cooper, lobbed into town looking to take the lead in the Aussie conference.  Cooper, along with halves buddy Will Genia took full advantage of the platform the piggies set and never looked troubled as the cruised to a 32-13 win.

In Durban the Sharks scored two tries to one but the four penalty goals from Handre Pollard were enough for the Bulls to get up, 19-16.

The weekend’s fixtures finished up with the Jags and the Chiefs trading blows right up until the end.  From 20-all after 68 minutes first a penalty to the Chiefs gave them a 3-point lead until a 72nd minute converted try to the Jags saw them take the lead back before the Chiefs scored another try in the last 3 minutes to just edge their hosts, 30-27. 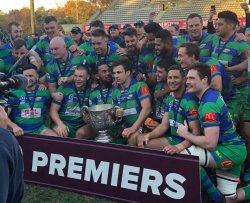 GPS’ premiership defence got off to a shaky start.

While the Shute and Dewar Shields are one and four weeks away respectively, the good folks of top-level rugby in the ACT and up here in sunny Queensland have already got underway.

After trailing 21-3 at the break, Souths got the first try in the second half before eventually going down 28-8 to the Filth at home.  They are of course, without the services of a certain fly-half this year.

Wests hosted Sunnybank and after 40 minutes it was all tied up, 14 apiece, before Wests piled on 21 unanswered points in the second half to win 35-14.

The battle of the unis saw Bond build on their 22-7 lead at “mid-semester” with a further two tries in the first 12 minutes of the second half to dispatch UQ 32-14.

The final match of the round had Easts hosting the recently crowned Aussie Club Champions, GPS who had skipped the first round courtesy of the bye.

Despite the recent honour bestowed on the horsies Easts salvaged a 18-17 win courtesy (in part) to a 38m penalty with 90 seconds remaining.

Down in the ACT the “John I Dent Cup Premier First Grade” got underway with just the two matches.

Things got off to a classic start too, with Gungahlin overcoming both a one-man deficit for 25 minutes AND last year’s premiers (Tuggeranong) to start their year off with a 29-26 win, a late try proving the difference.
In the other match, Queanbeyan were up 7 nil after only 6 minutes before the Royals ran them down and took the tie 23-10 to get their title defence off on the right foot. 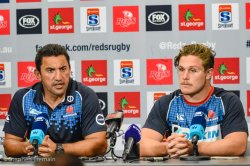 Nothing stops. Nothing, or you will do the hardest time there is. No more protection from the refs, I’ll pull you out of that one-bunk Hilton…

As the world cup is later this year, the Australian rugby clubs have all agreed to rest players as the national side looks to get their mitts on Bill for the first time in 20 years. (wow, has it really been 20 years?)

One wonders what sort of influence the resting of players had on Friday night as the Waratahs, fresh off their heroics in defeating the Crusaders fell to the lowly Sunwolves.  (personally, I thought the ‘Tahs were outstanding across the park vs the ‘Saders rather than pieces of individual brilliance from their top players, also, the ‘Wolves have been vastly improved this year)

ANYWAY, assistant coach Simon Cron has come out in support of the policy, unequivocally stating “I don’t think the result changes it”

His statement is in line with the head coach’s assessment of the situation, “We kind of need to, we signed up for the intent to make sure our Wallaby players are in good condition for the World Cup, I’m still a supporter of that”

Cron continued, saying, “Really it is about what’s good for the player and the squad, and obviously the Wallabies. We will sit down on Monday and we have a rough idea of when and who (will be rested). But at the same time, we are always evaluating it, depending on injury and what happens to the squad make-up”

“It’s not down to a couple of guys rotated”

The Waratahs face the new and improved Blues this weekend at Eden Park before they ALL get a rest during the next round. (they have the bye) 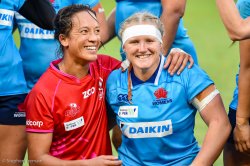 Frenemies to meet in the final again.

It’ll be the old enemies playing off this weekend to determine the 2019 Super W champions.

In what will be a repeat of last year’s match up the Waratahs and Reds will again fight for women’s 15s supremacy.

NSW earned the right to host the final after going through the regular season unbeaten whereas QLD had to do it the hard way, needing to do away with the Brumbies at home to make it to the big show.

The Reds had beaten ACT during the home and away season 12-0 and during the early exchanges it looked like this match might be a similarly low-scoring affair.  The only points of the first 30 minutes came from a break within the Reds’ 22 that saw Lori Cramer cross basically untouched just one phase later.

Ivania Wong then got another five points on the board for the home side before Biola Dawa drew the visitors back within a try before the siren sounded for the end of the first stanza.

The Reds clicked into top gear in the second half though as they ran in four tries and restricted the Brums to a sole penalty goal the final score ended up 39-10.

Reds coach Moana Virtue reflected on the good and the bad from the match, “It’s exciting that we’re there and a relief because I’d say that first half there were too many errors and leading into next week, we’ve got to really minimise those to even half to even try to compete with NSW”

Or, putting it another way, “That first half was painful to watch. It was good in the second half though, we did string some phases together”

Waratahs and Reds will play Sunday afternoon at Leichhardt oval.