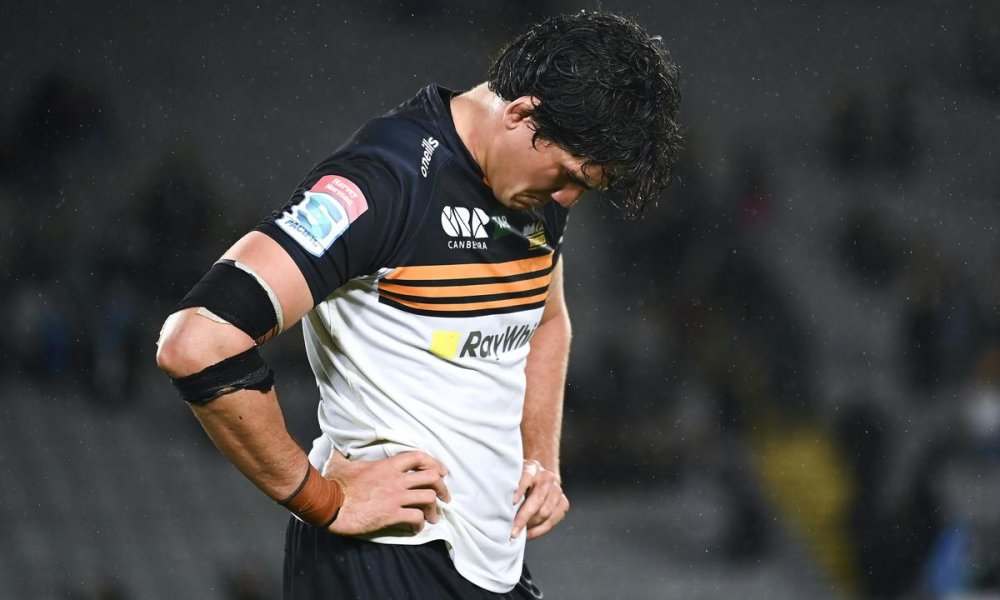 Welcome, G&GRs, to another edition of Monday’s Rugby News!

Crusaders 20 – Chiefs 7 – An intense match in ChCh with the Crusaders holding out the Chiefs in the first semi-final of 2022.

The statistics alone are mindboggling. Indeed, reflecting upon the match, it seemed like I’d seen something like this before. And so I had! Wales v Australia in the 2015 RWC! It was Gatland-ball all over again! See below:

Indeed, the Chiefs will be rueing the chances that they didn’t take. Pita Gus Sowakula will wish for his moment again, as well as the Chiefs burning at least two other try scoring opportunities, including a spectacular throw over an unmarked winger into touch… how bloody Australian! The Crusaders simply know how to play finals footy, as well they bloody should as they now stand at 27-0 for wins in ChCh in finals! They definitely didn’t play their best; however, in finals, the score is irrespective as long as you win!

Blues 20 – Brumbies 19 – Well, the Brums had a good run. Similarly to the Chiefs, they’ll be rueing the chances that they didn’t take or messed up. Neville getting white-line fever, a relatively easy missed conversion, losing an opportune 5m lineout and overeager ‘drop kick for the win’ instead of playing for the PK. Irrespective of whatever decision Ben O’Keeffe made with Reimer on the ball, you simply cannot give a New Zealand side a 13 point half time head start and expect to canter home (pun intended). The reality is that the Ponies’ scrum was shaky for most of the match and some defensive frailties were exposed, particularly with Lolesio. On the positive, the Ponies’ bench definitely added some oomph to the proceedings and certainly made the Blues and their fans shart themselves like ScoMo at Engadine.

Chiefs – For me, the Chiefs were very hit and miss throughout the season. At their best, they beat the Saders quite well. At their worst, they had their pants pulled down by the Aussie teams and almost choked against the Fijians. Similarly to Wales 2015, they didn’t seem to have the ability to transition to a different game plan…. must be the coach! Indeed, they didn’t have anyone to really grab the game by the goolies and spark something. Instead, they tried the same old thing for the same results. It ought to be a brutal review on that semi-final as they definitely had their chances which the didn’t convert.

Brumbies – Well, a season that started so well then went downhill in the final few games. This cost them a lot of momentum and shook their confidence. Still the best and most consistent Australian team by far (which goes to show how much work the other sides have to do as well), they’ll definitely be missing some of the star power that farewelled the Brums this weekend. Losing Simone could well be the biggest, albeit the least heralded, loss. Banks is a very good Super player and Sio has been rock solid since getting a mid-season wake up call from Rennie. FF – no loss really but I wouldn’t want to upset Reg and Juswal. I’m amazed that they couldn’t keep Sio under the salary cap despite the other players leaving…! McKellar, despite me coming to really dislike his blaming of referees for his side’s failings, is probably right to go now. He’s taken the Brums from cellar to ceiling and leaves with a title and the side making consecutive finals series. I said it before that I don’t think Larkham coming back is a good thing. Munster certainly haven’t gone anywhere with him (in fact, have gone backwards at a rate of knots). Nonetheless, a strong season from the Ponies which they’ll look to back up in 2023.

Australia 14 – USA 16 – The Wallaroos pulled back a 16-0 deficit with two tries when riding a strong wind and more decisive play in the final 25 minutes. The Americans are ranked No.7 in the world so it was a good read on how much the No.6-ranked Australians have to improve to be a top five factor at the Rugby World Cup for women in New Zealand later this year. The Wallaroos will certainly have to iron out their clunky attack. There was little penetration from the backs and, again, ball was too often received when flat-footed. There are definite strengths to the Wallaroos’ game. Centre Friedrichs, No.8 Grace Hamilton and lock Michaela Leonard have impressed in each of the four tests played over the past six weeks. The players are pushing hard. Marsters might have played out the full game but for cramps forcing her off. Skipper Shannon Parry lamented a close loss that could so easily have had a different result. “At half-time, we obviously thought that closing the gap was doable with the wind in the second half,” Parry said. “We really just didn’t execute at crucial times and it’s disappointing we didn’t capitalise on front foot ball. “We didn’t get to flick the switch on our game plan enough.” Parry said more kicking in the second half would have paid greater dividends knowing how hard it was for the Americans to exit their territory into the stiff wind. Added coach Jay Tregonning: “We were very happy with the attitude and effort but there are things we have to do better like when and where to attack. “We’re building for the World Cup but we want to be winning these games too.

New Zealand 28 – Canada 0 – The Black Ferns shut out the Canadians in the 2 (Ferns) v 3 (Canada) clash, refereed capably by Australia’s Amber McLachlan. The impact of Wayne Smith, in my eyes, cannot be understated for the Ferns. Their directness as well as subtlety on attack mixed with ferocious defence rockets them back into contention for their home RWC in October/November this year. The wind played havoc for both sides; however, it was the Ferns who utilised the home conditions to score four tries unanswered, despite twice having players cheesed (one cynical offence and one for continuous team infringements). In particular, the Ferns wingers played some bloody good rugger, especially Ruby Tui scoring a double, including a spectacular chip ‘n’ chase try on the far side line. The Kiwis play the USA next weekend while the Wallaroos play the Canadians.

Dave Rennie has announced the Wallabies squad for the Soap Dodgers test series beginning in a few short weeks. The benefit to the end of the Ponies’ season is that we’ll have an all but full squad getting an extra week’s training in which could well prove crucial.

Unlucky – Pietch, Hodge, McReight, Muirhead, Campbell, Uelese (though has to lift his workrate and attitude for me)

I think the consensus from the writers thus far has been that it’s quite a predictable side (which is not a bad thing); however, there isn’t much to be truly scared of. Indeed, selecting overseas players primarily in the backs could well leave the forwards under-gunned.

MY XXIII FOR THE FIRST TEST

With an Australia A side to be selected on Wednesday, there was an argument for a player like McReight to play a guaranteed 80 or so minutes against some bloody good Islander opposition rather than riding the pine and being lucky to get the scraps of matches against the Poms. I know, I know, the argument goes both ways. I’m really hoping that the Australia A side has some genuine bolters and players who we are really looking at for potential places for 2023 and 2027 rather than being a pasture for the players not selected for the Wallabies. For instance, it’d be swell to see, say, Ryan Lonergan mix it up with Carter Gordan as an example.

TRY OF THE WEEK

Anyhoo folks, that’s all for this fine long weekend. I trust you all enjoy your sleep in!