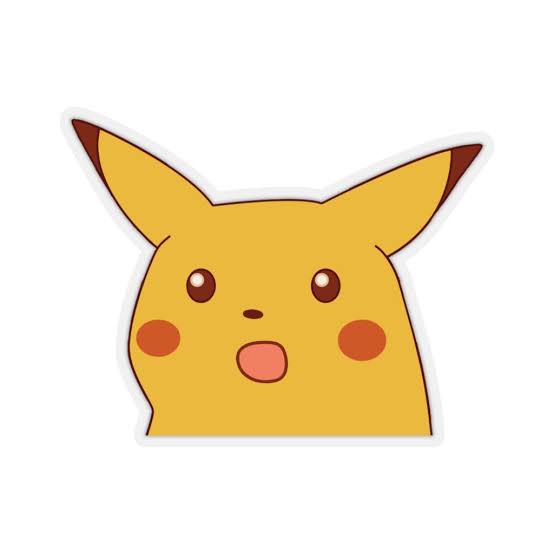 Welcome, G&GRs, to what seems like a rinse and repeat article of every second test of a series this season. Once again the Wobs have managed to take a step forward the previous week only to take three steps back in attempting to follow up a good win. Honestly, I’ve seen more consistency from an operational meteorologist! The worst part is I could’ve turned off after about five minutes of Saturday’s match and be able to tell you exactly what happened. Alas, I subjected myself to the torture that was the match and, well, here we are…

In other news, we’ll recap the All Blacks v Los Pumas match, take a good look at the women’s game and a side note about Stan’s coverage this weekend.

As some of you may have read before the G&GR Crapparazzi have a WhatsApp group (the email trail was chaos so we dragged KB kicking and screaming into the tech age 😉) and, well, it was kicking off on Saturday evening! Goodness me, it was a pretty brutal post-mortem.

Where to start though? Well, as Dave Rennie said, five minutes after the win in Adelaide his thoughts turned to this match. And rightly so. In the cut-throat nature of professional sports as a coach you’re only as good as your last game. Worryingly for the Wobs, the pattern seemingly goes: good, bad, really good, horrible, etc. It definitely didn’t take a rugby genius, let alone a bloke like me whose sole achievement in rugby is to be a slightly better referee than he was a player (and I was a shit player), to know EXACTLY what the Bokke were going to do this game: smash the shit out of the Wobs with a big forward pack and rain down Garryowens like it was London circa 1940. Indeed, apart from playing kick chasey, there was very little for numbers 11-15 to do for the Bokke. And, Nic White’s shitfuckery from last week was definitely used as extra motivation (not even surprised). To be honest, I actually reckon Dave Rennie et al. knew exactly what was coming and prepared the side. The problems were that they didn’t play it out and untimely injuries buggered us again. The Wobs got sucked into the Saffa game plan and simply couldn’t match their physicality. Particular kudos to Siya Kolisi who effectively nullified both 6 and 7 from the Wobs by himself. It was a travesty he wasn’t MOTM.

To break this down even further though, we have to somewhat temper our expectations of the current Wobs side based on simple reality of who and where we are as a rugby nation. A caveat here is that I’m not talking about the injury toll. As I’ve said before, in professional sports it isn’t used as an excuse. Therefore, we won’t use it either. The reality is that, as a nation, rugby is fast heading down the shitter despite Band-Aids being placed over the gaping wounds. We’ve always been a rugby nation (indeed, a sporting nation) of overachievers. Historically, we were known as the smart rugby nation with the Kiwis being the technically excellent and the Bokke living up to their DDF stereotype of giant humans running at you with reckless abandon. We are now, I believe, 8th in the world. And we are playing like it and have done for some time. We aren’t the rugby nation we used to be; we haven’t been that nation for a long time. I saw on an Instagram page, “The Rugby Column”, where it was claimed that we ought to ‘have faith’, and that ‘we are better than the rankings show’. IMO that’s total bollocks. We have to look at our reality that we have a 40% win record over the past three seasons. We have the same problems with basic skills not being executed, a consistent inconsistency and clearly an attitude problem with some players. We have completely lost the intelligence that we are renowned for. This then leads me to Christy Doran’s article this evening questioning who exactly we are. The honest answer is: I have no fucking clue. Worryingly, it seems neither do the Wobs. We have players who are being played out of position; others who are being selected based on reputation or on a model of game that clearly isn’t working nor fitting with the strengths of the players themselves. While I generally despise the mainstream media and their shenanigans causing ‘coaching roundabouts’, Dave Rennie and his team must be under the microscope of the RA board now. That said, what coach in their right mind would want us now?

In Saturday’s match there were far too many players who failed to execute their primary role. A team can only carry so many players having an ‘off day’, and playing against a side like the DDFs who are current World Champs, every player must be 90% or above at a minimum. The DDF style is always to win and bugger everyone and everything else. They, and their supporters and board, don’t care how they win as long as they do (as we’ve probably read on Socials). It is precisely the sort of rugby that we have to adapt to in the RWC, which is now exactly a calendar year away from kicking off in France.

For me, Folau Fainga’a, Rory Arnold and Nic White were atrocious, though all the players lose as a team (and win as a team, of course). If Rennie is going to be ruthless and be consistent in his selections, a la JOC, then these players will not be in Wednesday’s squad for the ABs games, or, at the very least, should be accustomed to the pine for the ABs. FF has let his country down two tests in a row with wayward throwing and consistently shit stirring; Rory Arnold is proving that ‘the Kerevi Law’, i.e. players selected both on reputation and from overseas is largely proving to be a shit option (sans Kerevi himself) as he demonstrated very little interest or skill; and Nic White was sucked into the Bokke’s kicking game and was completely ineffectual. Honestly, the bloody ‘periscoping’ and slow as fark caterpillar rucks drove me balder than I already am! Again, while the whole team lost the match these were the players, two of whom with significant international experience, who really let us down. There will be many who will point to Noah as ‘poor’; however, upon KARL getting mad at me reflection, find me a 10 who could’ve done anything with the opportunity he had in the first half. The rest of our players, bar maybe Bobby V and 7As (80 mins as a prop is a huge effort), were, at best, a pass.

Credit to 7As and Etzebeth for their post-match brew. All is right in the world again with the values of rugby on display here.

If I were to sum up the Wallabies at present, the below Instagram Reel sums us up:

The All Blacks produced their most dominant performance of the season to steamroll Argentina in rainy Hamilton and put their Rugby Championship defence back on track. After suffering their first ever home defeat to Argentina in Christchurch a week ago, the ABs brought the same starting XV, but a ruthless mindset, as they tore the visitors to shreds with seven tries in the bonus point win at Waikato Stadium.

The ABs captain Sam Cane, under huge pressure after struggling in recent tests, came off to a warm ovation from the rain-soaked crowd after helping set up Jordie Barrett’s 61st minute try. “This week we were in the game right from the start and were able to turn that into points so it was a pretty enjoyable night,” said Cane. “I thought our defence was outstanding. We were able to force them into a heck of a lot of errors but on top of that our discipline was really good so we were able to capitalise on that and counter-attack.” It was a rough night for Michael Cheika’s Pumas, who racked up handling errors, lost fly-half Santiago Carreras to an apparent thigh injury and had lock Tomas Lavanini yellow-carded (now making him both the most yellow AND red carded player in history), all in the opening half. They were scoreless until Emiliano Boffelli knocked over a penalty in the 33rd minute and then shut out thereafter.

Again, the challenge for both of these teams is to demonstrate consistency from week-to-week. I’m sure this win placates the NZ public…. for now. Arguably, though, the sternest test is the Bledisloe. If Fozzie and co were to lose this then Louis and Marie-Antoinette would be safer than Fozzie!

Right, another opinion piece. Sorry, but not sorry.

Stan, WTF was this weekend about? The Wallabies or the bloody stadium!? Honestly, it felt like the entire weekend’s coverage was pseudo-propaganda for the NSW Liberal Party’s most overrated (and wildly expensive) piece of infrastructure. Seriously, it was more coverage of the bloody Inner East of Sydney that just happened to have an international rugby match break out at 7:30pm. I have never seen anything like it, and I really don’t want to again. Sure, it’s pretty and fancy and new, but I don’t give two flying farks about it. I care about the rugby, the actual product you’re paying the comparatively mediocre amount to televise.

Secondly, I don’t know about anyone else, but it seemed throughout the evening that I was going through some for of testing to see if I had epilepsy. The flashing and cutting of the pictures on the screen was terrible.

Finally, who in their right mind thought promoting the farking Champions League soccer was a bloody good idea in the middle and at the end of the coverage?! Read the room!

Rant sort of over.

Over the weekend I came across a post from Annika Jamieson on her self-created page, Her Super W. Now, there’s a backstory as to the creation of this page; however, it isn’t my place to go through this (yet). After sharing the post with the other G&GR writers, I reached out to Annika and asked permission to utilise the post, which she graciously granted. I couldn’t decide which parts I wanted to use so I’ve gone all out and put it all in. Unfortunately, the file sizes were too big when I did a direct save so please forgive the screenshots. By all means chuck Her Super W a follow on Instagram and see the quality content for yourself.

Strap in, readers. This is a doozy. I don’t know about you, dear friends, but this was a distinctly uncomfortable, but necessary, read. For those in RA land, I know you’re reading. Time to do something about the very situation you’ve created.