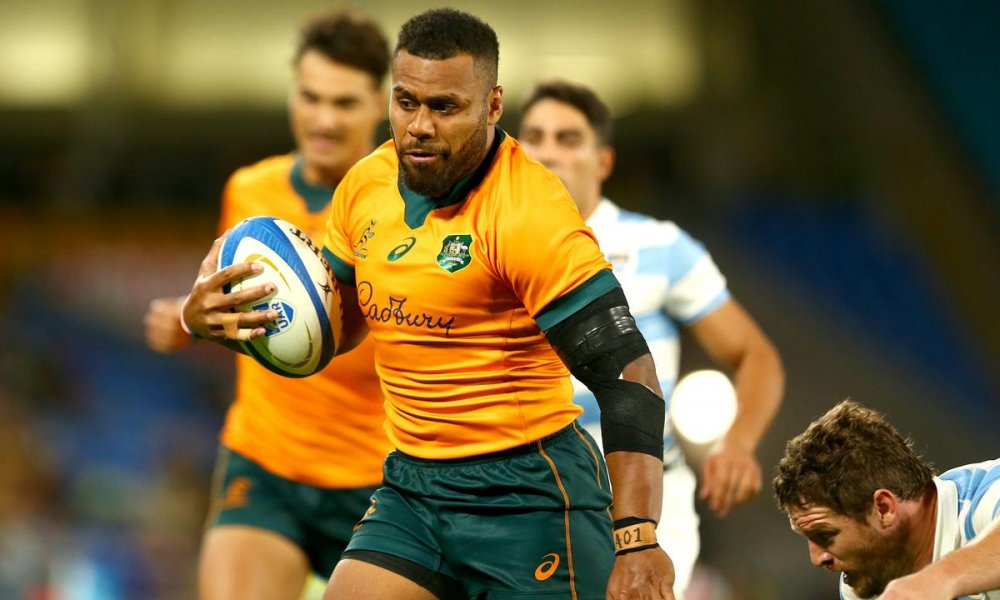 Happy Hump Day team. The weekend is coming and while the Wallabies will be travelling and training we do have the ABs vs Wales to look forward to – well for me anyway.

The clock is ticking on Rugby Australia’s push for $300 million in government guarantees to help secure the 2027 World Cup. Australia’s World Cup bid bosses and RA executives and officials fly to London next week for a series of high-level meetings with a who’s who of international rugby before a January 14 deadline for tournament bids.

The United States, ordeal on the pitch will not have done much for their hopes of organizing the 2031 World Cup, let alone challenging Australia for 2027. “The suspicion remains that they are just a potential rugby market in the sense of commercial gain rather than mass public interest.”

Things are looking good for the RA bid to lock in 2027. RA officials were reluctant to comment on what the total figure would be but said it was akin to the £150 million ($275 million) financial guarantee offered by France to secure the hosting rights to the 2023 World Cup. The federal government would typically meet half of that commitment with four or five states expected to make up the rest.

While NSW, SA & WA have confirmed their contribution, QLD and VIC have yet to do so. Adding to the plan is the option of having USA and other 2nd tier countries officials be a part of the deal. “If Australia get 2027 and the US 2031, then Australia would like to have some Americans as part of the tournament team to help guide them in their passage to hosting their first World Cup,” Kearns said.

I really hope this goes ahead and have signed up to support this bid. I think this will do wonders for rugby here and by default it will help rugby gain further traction in Asia. My one fear is that World Rugby will be so enamoured with the potential dollars in the USA that they will put that above anything else.

In a move that guts me to the core the Wallabies are actually considering bringing in a person who I think is the worst and most self entitled player I have ever seen pull on a Wallaby jumper. Personally, I was hoping to never see Kurtley Beale in a Wallaby jersey ever again. To me he represents all the self entitled “it’s all about me” crap that I saw as permeating through the Wallabies under Cheika and that was part of the reason they tumbled to 7th in world rankings. I don’t even think it’s necessary as with Kellaway, Daugunu, Wright, Petaia and JOC they have players who can fill the 11, 14 & 15 positions anyway.

I hope it’s just a bad rumour but if it does occur I will be very sorry. I also think that if they bring him on board and actually play him the chances of losing that match increases and maybe a 50/50 split is looking optimistic.

The thing that gets me about this is that over the past two years I’ve seen such an improvement in the culture of the Wallabies. Players like Kellaway, Ikitau and others coming out and talking about the team and not themselves. That post match video with Connal McInerney was t similar where it was about him not letting the team down more than showing it was about him.

What I think a lot of people don’t realise is that a good culture can often be the difference between a win and a loss in a tight game. Players who are putting the team and their mates first will always find that little bit extra when needed. In 2007 when the ABs got kicked out of the RWC in the Qtr Finals there was a lot of self examination about the team and why this occurred. While there were a lot of changes made, the biggest change was to the culture of the group – putting the jersey before the player, “Better men make better All Blacks” and the like. Has it been perfect? of course not! but it did change and has had more to do with the success of the team than any individual player.

Bringing Beale, someone who has never grasped anything except his self entitlement that I have seen, back into the developing culture of the current Wallabies will be a big mistake for me.

A bit of angst for Dave Rennie and a warning as to how including overseas payers can bite you in the arse has occurred with both Kerevi and Suntory teammate Sean McMahon withdrew from Australia’s spring tour to train with their Japanese club. Kerevi’s absence in particular will be an enormous blow for the Wallabies in Tests against Scotland, England and Wales but also points to an ongoing tussle between club and country as the Wallabies build towards the 2023 World Cup.

Although World Rugby’s Regulation 9 law states clubs must allow their players to play for their country during international Test windows, this also requires the players to want to be part of the national team and both Kerevi and McMahon have withdrawn themselves. Kerevi to be fair has been involved in a long period of lockdowns due to rugby with the Olympic 7’s and then the RC games citing both his physical and mental wellbeing.

RA is feeling a bit peeved about the whole thing and Marinos expressed his disappointment in only learning of the pair’s decision to withdraw several weeks after they initially told Wallabies staff they would take part in the tour. “From our side, it’s hugely disappointing. It’s disappointing for the fact that we’ve backed these players, in terms of giving them another opportunity,” Marinos said. Adding fuel to the fire with “We just expected a more honest approach, right from the beginning, if it was not their intention to travel. “If there was an inclination they were not going to tour, we would have appreciated it a lot earlier. At the time, when they were told they were going to be selected on that tour.”

I can actually understand their reasoning to some extent. Kerevi has been away from family for a long time with a lot of isolation due to Covid. I can understand that he is feeling a bit of strain with this and has had enough. McMahon is not likely to get a lot of game time as DR doesn’t seem to want to rest Hooper and so is facing up to spending a lot of time holding tackle bags rather than playing. However, I think it is a timely reminder to all who see letting players go and having someone else pay their wage as being some sort of solution for Australia rugby.

Wales will be shorn of a number of stars for the clash due to the game is being played outside the international window. England-based players like Dan Biggar and Louis Rees-Zammit will not be available and there are also a number of injuries to contend with, meaning Wales face a significant challenge. The fixture has attracted much criticism as just a money making proposition where Wales will have no hope of putting up a real challenge.

“Wales will not pass as easily as the Americans when they face the All Blacks on Saturday, but the sad fact is that Wayne Pivac’s side – which are missing a string of regulars – have no chance of winning the out-of-window test.” wrote rugby correspondent Chris Foy in the Daily Mail. It will be another mock game; an exercise in earning money from a mismatch. Foy felt that “the box office appeal was undermined by the inability to solve the perennial puzzle of player release” in the search for a suitable global season.

I think the critics are correct but – So What? The stadium has sold out and thousands of Welsh supporters are heading in to watch the game and it will bring in some well needed funds for Welsh rugby. Let’s face it if Wales do lose to NZ and yet win the 6 Nations no one will really care about the NZ game.