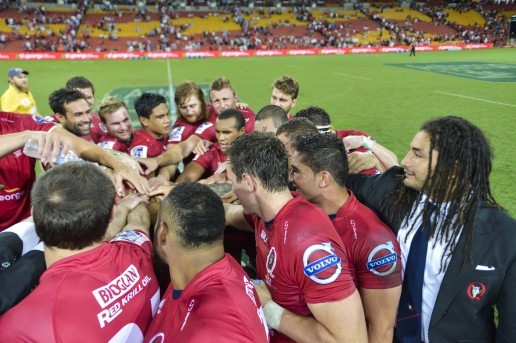 Friday’s rugby news has the some Reds changes to contain Savea, Wykes back for the Force, Beale prolonging surgery, and the Heineken Cup debating neutral venues.

Reds coach Richard Graham has made a number of changes ahead of Saturday’s clash with the Hurricanes, most notably tasking Chris Feauai-Sautia with limiting the damage of All Blacks star Julian Savea. Rod Davies has been dropped for bombing a number of tries and, with Dom Shipperly still out with a hip injury, Graham has opted to put CFS on the wing rather than expose the young Jamie-Jerry Taulagi against the in-form Savea.

Wykes back from injury

Sam Wykes has recovered from a rib injury and will start at lock in the Force’s match with the Bulls this Saturday. After an impressive debut performance last week, Adam Coleman will retain his number four jersey, meaning that Wilhelm Steenkamp will be pushed to the bench and will have to wait longer than expected to face off against his former teammates at the Bulls.

Fullback Jayden Hayward also returns to the side after missing the last two games for personal reasons. As a result, last week’s fullback more info

Dane Haylett-Petty shifts to the right wing and Patrick Dellit drops out of the matchday squad.

Beale will soldier on

Waratahs centre Kurtley Beale has revealed that a bone spur in his foot will definitely require surgery but he is content to hold off until the injury becomes unbearable. Although it was previously thought that Beale limped off in his team’s win over the Bulls with an ankle injury, he has actually played the opening eight games of the season with the damaged foot.

The Waratahs star is determined to avoid surgery until the off-season but conceded that he could be sidelined at any time. “Depending on how it goes, I think we’ll just take it week by week,” Beale said.

The process of having neutral semi-finals has been opened up for debate with the new Rugby Champions Cup beginning next season. Saracens’ CEO Ed Griffiths has questioned the idea, complaining that crowd attendance will be drastically down for the team’s semi-final against Clermont at Twickenham.

“The truth of the matter is that were Saturday’s game being staged either at Clermont or at Allianz Park, it would be packed. No doubt at all,” Griffiths said, suggesting that home advantage should be given to the team which qualifies with the highest seeding from the pool stages.